A walk to remember 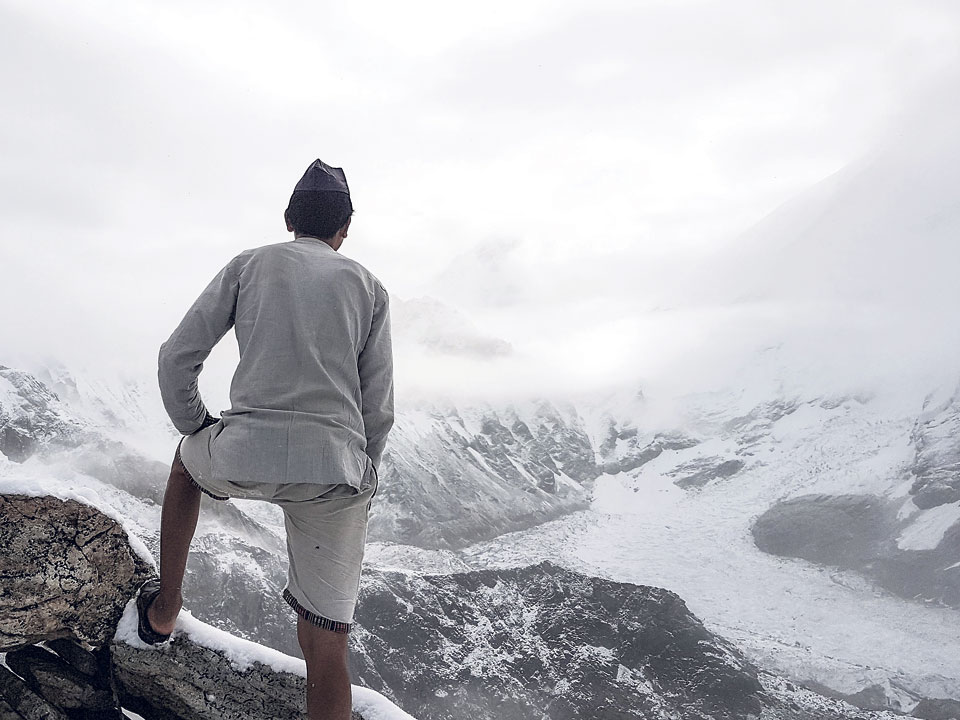 23-year-old Iih doesn’t like to travel in buses and planes, especially not while traveling within Nepal. He claims he wants to experience the geography and culture up close and interact with the locals and for that traveling on foot is the best option. And that’s what he has done. Iih has traveled from east to west Nepal on foot, braving injuries and surviving an almost fatal accident. Here he shares his experiences.

“I have always been fascinated with exploring new places on foot.”
I have always been a curious person since I was a child. Every time I see a hill or the rivers, I want to know what lies behind that. Unlike other kids who would prefer playing with their toys or traveling with their parents, I always wanted to explore something new on my own. One day, when I was in grade five or six, I saved my pocket money and headed towards Harisiddhi in Lalitpur all the way from Tripureshwor on foot. I wanted to know the directions towards Hetauda so I asked locals there. While some suggested I should take a bus, others thought I was a mad kid who had run away from home. They were even ready to call the police to hand me over. But finally, after convincing them for a while that I was just a kid intent on traveling alone, I was allowed to leave.

“I have walked around 6000 kilometers. It took me 225 days.”
My journey started from Dharchula and my first destination was Bajhang. From Bajhang, I walked to Bajura and then to Jumla and upper Dolpa. After passing Rasuwa, on the 106th day, I reached Kanchenjunga Base Camp. I then came down towards the mid-hills and, via Bhojpur and Khotang, I walked back to Kathmandu.
After resting for three months in Kathmandu, I left for Pokhara. From Pokhara, I went towards the western border, Baitadi. Following the borders, I then walked towards Jhapa, Ilam, and Panchthar via the Mahendra highway. The next destination was Udaipur. I reached there on the 203rd day of my walk. I also visited Terathun, Dharan, and Dhankuta on the way.
By then, I had already covered around 5,686 kilometers. Though I was planning to walk towards Humla, I had to take a bus to Kathmandu because the ligament on my left leg was ruptured and I simply could not keep walking. But, after resting for a week in Kathmandu, I again left for Mugu. From Mugu, it took me another 21 days to reach Humla.

“People were kind to me. That made my journey a lot less difficult.”
The entire journey cost me around Rs 70000. That might sound unbelievable but it was possible because of the generous people I met on my way. They were really amazed at what I was doing and offered me free meals and stays. Several hotel owners provided me their services, all for free. They wouldn’t let me pay even when I insisted on it.
I remember a funny incident while trekking in the Limi area of Humla. The locals there mistook me for a Lama (Buddhist Monk) due to my looks and attire. They said it was a sin for them to take money from me. Instead, they were really happy to let me stay at their house for a night.  They fed me and even packed food for me to eat on my way. It was surprising how the local could relate to me and my journey. I was walking meaninglessly but they found a reason to appreciate me on their own and did their best to help a stranger in every way possible.

Finding a friend in Instagram
From the trails I was traversing through and the total amount of money spent to the stories of locals there, I posted everything about my journey on my Instagram account. Slowly, people came to know about my journey and my followers on Instagram increased to more than 5500. I was a bit lazy and too tired to update or initiate my travel blog. But I guess Instagram did it all for me. People knew where I was heading to and they would connect me with their relatives living at that place or offer a free stay at their own house. This also saved me a lot of money. I would also get information about the weather and road conditions of the places I was headed to and that made my trip hassle free to a large extent.

Setting my own limits
I had a small backpack with just the bare essentials. I had just tossed in a change of clothes, my phones and charging cables and a personal care kit. I wanted to be able to walk for long hours at a go and I thought sleeping bags and all would only add extra weight. This made it a compulsion for me to reach a residential area before sunset. I couldn’t spend a night in the middle of nowhere. But that was kind of a good thing. Even when I was tired and felt like I could walk no more, I had to push myself. It helped me figure out my limits and then keep resetting new ones.

An almost fatal experience
When I was crossing Jomsom via Mesokanto La Pass to reach Tilicho Lake, I took an alternative route instead of the main one and suddenly I slipped and fell down into the almost 20ft long crevasse. My clothes got ripped and I had a deep cut in my belly region. Fortunately, I was stuck in the middle somewhere because of my backpack. The route was not very familiar to tourists and visitors there so if I had completely fallen inside the crevasse no one would have ever heard my screams or noticed me.
But, after trying for a while, I was able to get out of that death hole. I used tissues to temporarily dress my wounds and, with torn clothes, I again walked for an hour till I reached an army camp where I received medical treatment. The scar is still there and it reminds me of a time that felt like a nightmare but that won’t stop me from walking again. 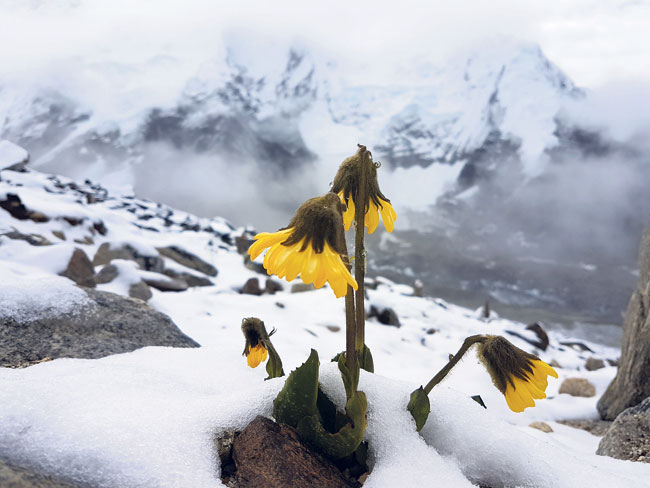 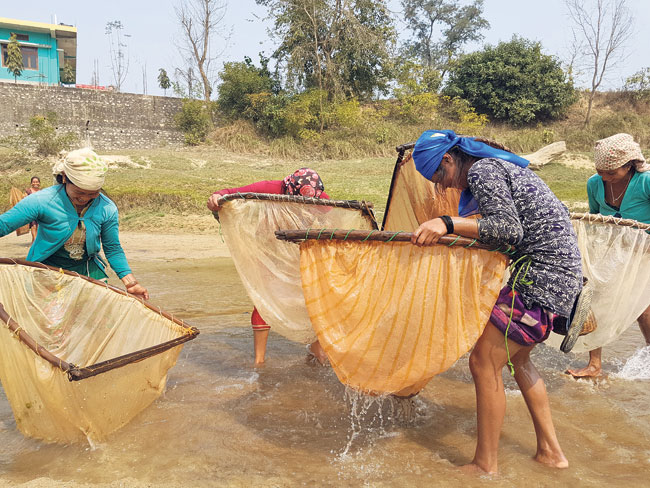 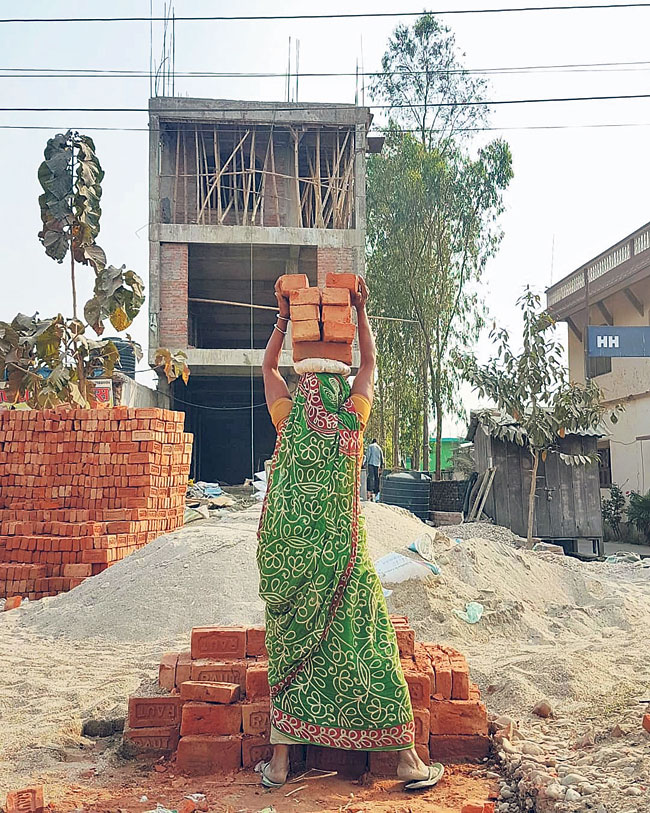 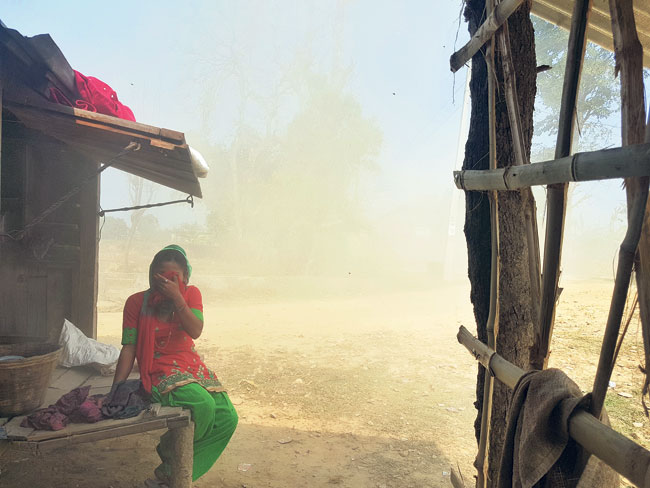 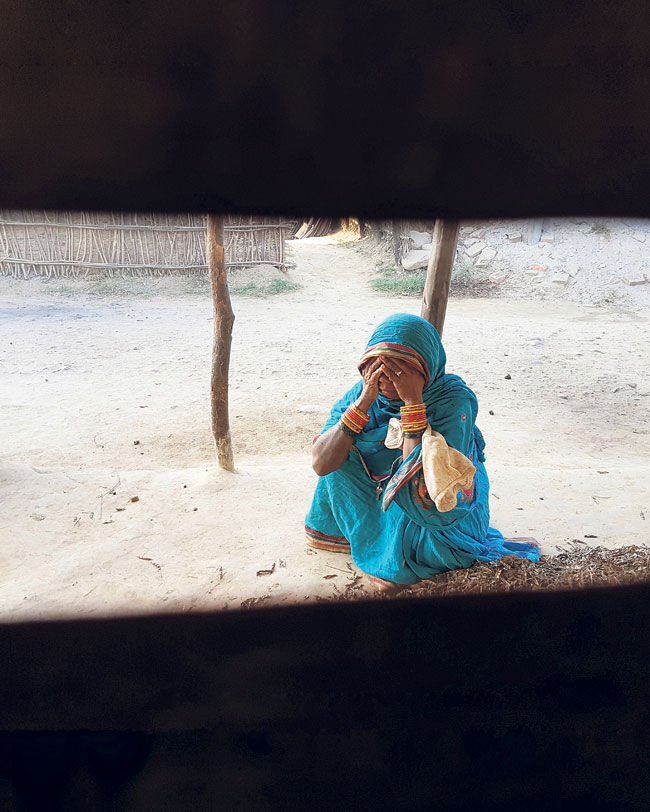 A walk to remember: The story of Emmanuel Adebayor

Football is a gift. A gift that turns someone’s dream into reality. Many of the players, especially from Africa, come... Read More...

KATHMANDU, April 7: Banks have extended more loans than the total deposits they have mobilized in the first four months of... Read More...

LONDON, Nov 5: Manchester City will have the chance to put daylight between themselves and their title rivals when the... Read More...