A village’s journey from opium to vegetable and livestock farming 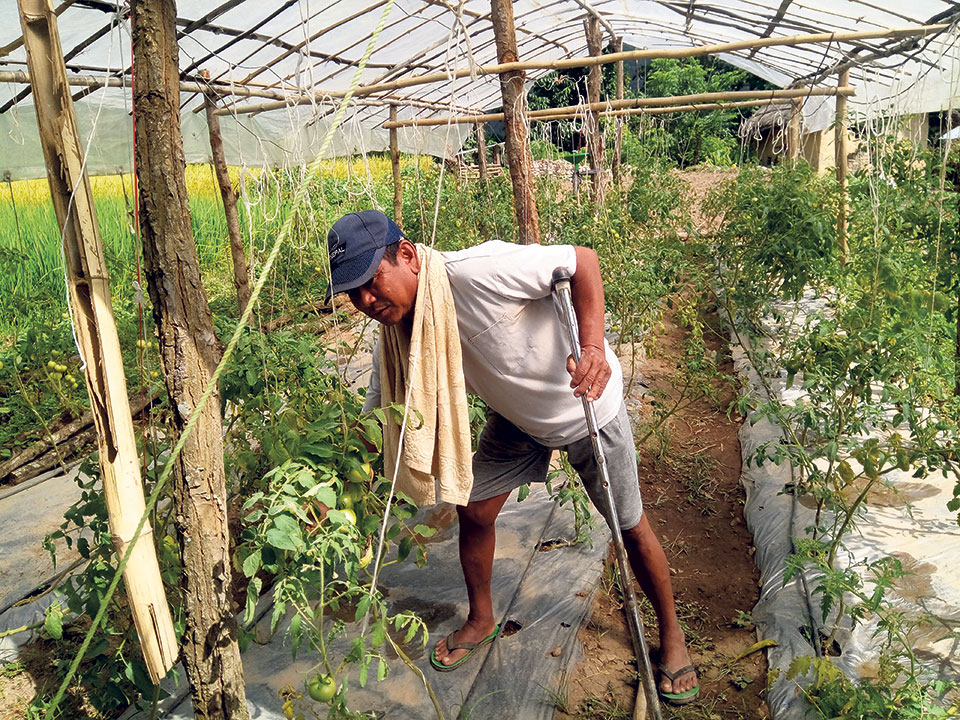 A farmer of Kaltadi village, Surkhet tends to his tomatoes in this recent picture. Photos: Nagendra Upadhyaya/Republica

SURKHET, Nov 11: Opium production is not legal in the country. However, until a few years ago Kaltadi village of Surkhet was known for only one thing - opium production. Almost all of the 32 households of this tiny village would farm nothing but opium. Actually, it was not that they made great efforts to produce opium but they did it because the soil of their land was very much suitable for it. The police would raid their farms from time to time and destroy their opium plants. The raids would draw headlines; farmers would stay quite at home. Though this went for a long period, nowadays the story has changed. Hardly any farmer in the village has opium to offer.

“Some of us have switched to vegetable farming, poultry farming and some others are doing both,” said Indra Bahadur Rai of Kaltadi village. “Earlier we had no idea that we could produce anything else then opium. That was why we were doing that though police bothered us time and again.”

According to Khamcha, the village gradually turned to vegetable and poultry farming after knowing that producing or distributing opium is illegal. ‘It took long to understand that’.

“Even when police intervened, we continued farming opium. We did not have a clear idea about its legality. In fact, the police would not come that regularly in the past. Later, their intervention became bit more regular and hence we came to know what we were doing was not legal,” said Khamcha.

He stated that police force comes at least once a year and destroys opium right in the field. Sometimes they come more than once.

“It is not that we had to invest a lot for opium farming. It required lesser time and labor for growing opium. The soil and the weather here is quite sutiable for growing it. But then, at the end, you definitely count the return the opium in your field would give. And when police suddenly destroys that, you are left in a sorrow,” Kamcha said. “But now, as we have switched to vegetable and other kinds of farming, we have no worries. We are  marching on the path to prosperity.”

Khamcha farmed opium for five years. His opium produce used to be booked well before the harvest. Money was not a big deal for him if ‘luck’ was with him.

“When I was an opium farmer, buyers would to my doorstep to purchase it. Some would even pay beforehand. For one sack of opium, they would pay me Rs 50,000 in advance,” he revealed. “I would take money, but then, who would guarantee that my opium would not be destroyed by police the next day? It was very much stressful and as such I went through a lot of tension in the past.”

It has been over two years since Khamcha has been doing vegetable farming. His beans, tomato, potato, among other types of vegetables are spread in 10 katha of land. Recently, he has started farming chicken as well as pig. He earns over Rs 40,000 in a month. 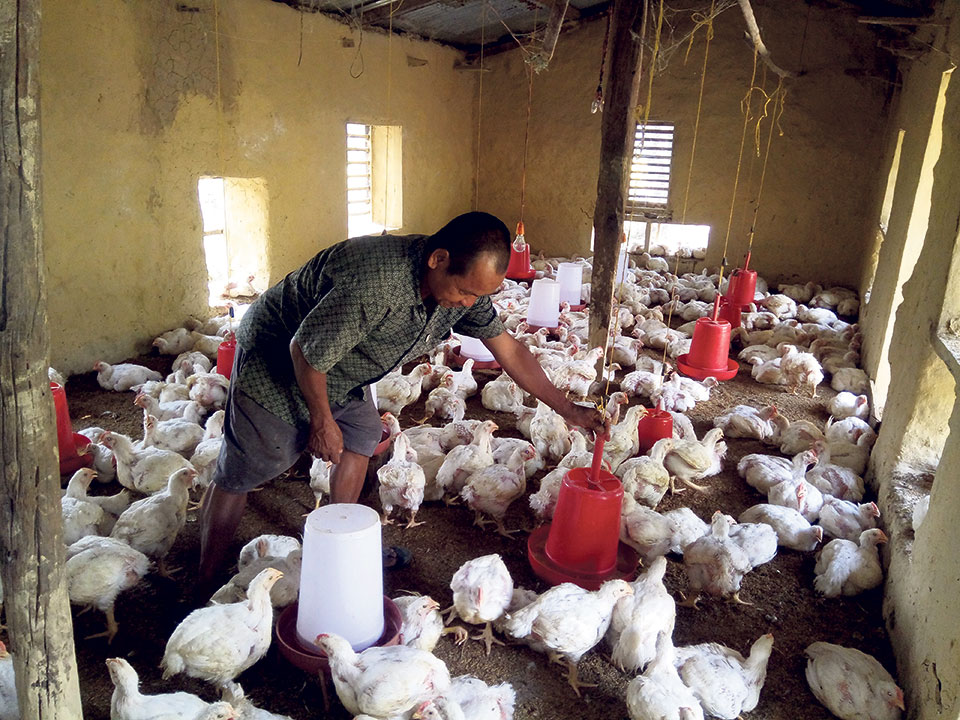 Indra Bahadur Khamcha, a poultry farmer from Kaltadi village of Surkhet, in his poultry farm in the village in this recent picture.

“Earlier, I had to hide myself whenever police would come around. Now, I can stand in front of them proudly. This is the difference. And the other thing is, opium would not guarantee income, it was a matter of chance, like gambling. Now, I can say how much I would make,” he narrated.

After farming pig and chicken, Khamcha is more at ease as he uses the animal manure as fertilizers in his farm.  Top Bahadur Somai used to be a driver in the past. He got severely injured in an accident and since then left the profession. He got back to his village Kaltadi and learnt vegetable farming. Within a few months, he realized that he made a great choice. “I was quite worried after being injured in the accident. I knew nothing else than driving but that was not something I still wanted to do.Vegetable farming gave me a new lease of life,” notes Somai, who still walks with the support of crutches. “It is not just about labor in the field. It is much about the management,” he explained.

Somai makes over 30,000 per month. And he is quite happy with that. Along with the earnings, he is happy that with his new profession he is able to spend time with family members and growing own business, he says.

“As a driver, I always stayed away from home. When I had the accident I thought my life ahead would be miserable. However, now I feel that everything happens for good,” Somai remarked.

Farmers of the village are quite relaxed as they don’t have to toil hard to find costumers. Traders come to their doorstep to purchase vegetables and cattles. According to another local, Dhana Kumari Thapa, the village is nowdays famous in the area for vegetable farmer. “It is no more a village of opium. We are now famous for producing quality vegetables and livestock,” she claimed.