This video shows the ugly side of beauty pageant

The video clip shows a contestant being harassed by one of the judges, Rachana Gurung Sharma, a choreographer, and trainer for Miss Nepal, for not wearing make-up and coming unprepared in the audition.

In the audition, Gurung asks why the participant wasn’t wearing makeup. To it, the participant replies that she didn’t know how to apply makeup – an answer that Gurung finds her 'disrespectful' given the toughness of the competition.

Former Miss Nepal Sadichha Shrestha said the participant should have come prepared for the audition. “For instance, you dress your best before going an interview,” she said.

However, Gurung’s very remark – and her tone has been lashed on social media.

Puja Gurung said while Miss Nepal had come so far, “yet it lack(ed) intelligence and compassion.”

“Yes, I agree you must present yourself very well as it's a beauty pageant but this is an audition phase where you must be looking for potential and judge regarding someone's personality, confidence and intelligence and not just the looks. Since when did not wearing makeup be considered as disrespectful or not beautiful?” she said.

Puja added that rather than humiliating the contestant, Rachana should have exhibited mentorship by motivating her and by being “a little more considerate and compassionate” while putting her points across.

Here’s what others have said on social media. 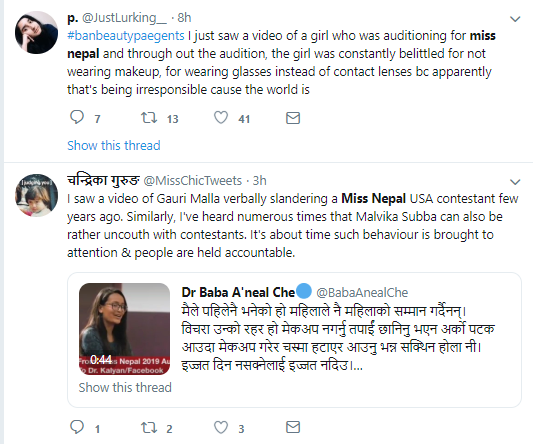 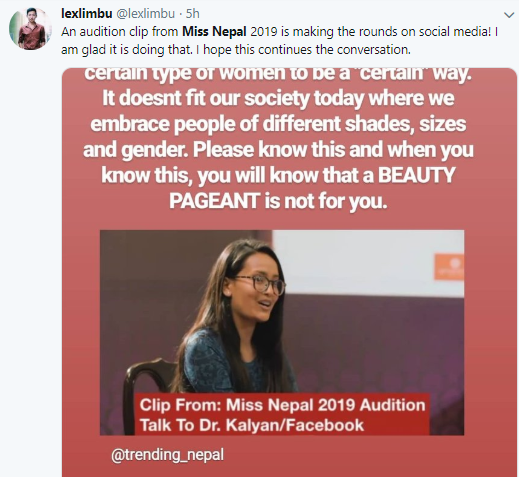 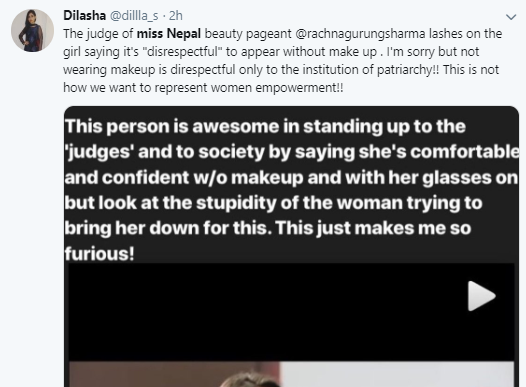 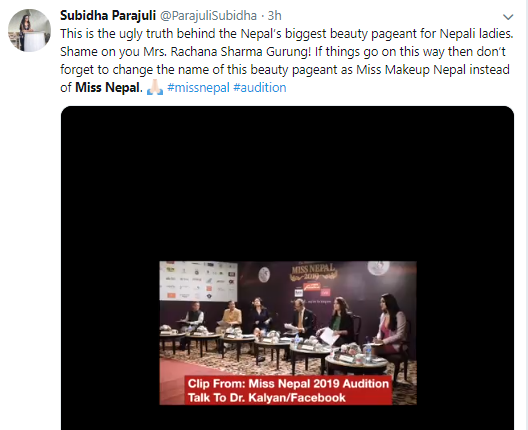