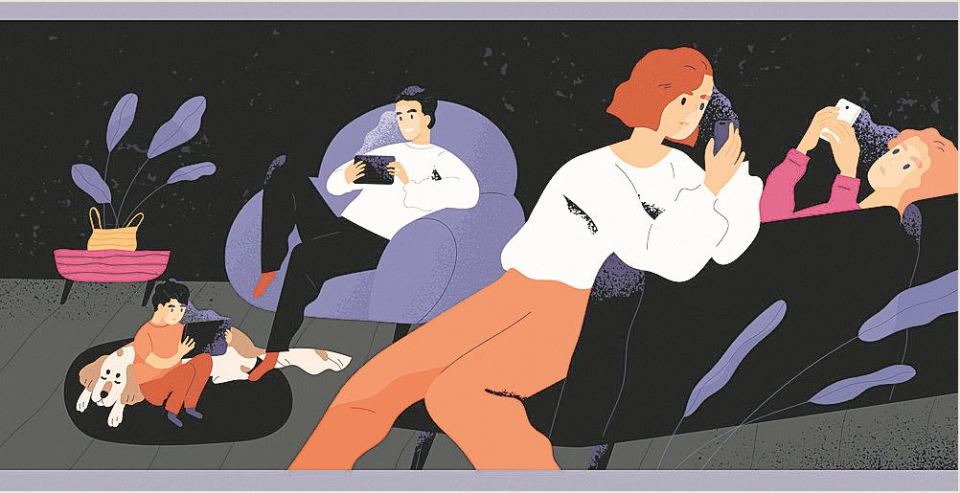 The contributor for Republica.
loonivar@gmail.com

If you feel you’re not being social, get off the computer and turn off your phone. There’s so much of life out there for you to experience

Social media has taken over the world like deadly virus. Social media was built to create opportunities for people to bridge communication gap and connect with people all over the world. But now it has become the reason for the communication gap. New research has shown it could be having the opposite effect and leaving people more and more isolated.

Most of us have experienced family gathering where everyone is on phone. Family sits around on dining room, sharing a meal together. But as you look more closely, the family is not sharing with each other, but instead sharing on their devices.  This has raised a serious concern about how much time people are spending on their screens and what kinds of content they are watching. As people are spending more time on their phone, they have no time for their families and friends.

A study published in the journal JAMA Psychiatry suggests that teenagers who spend more than three hours a day on social media are more likely to develop mental health problems including depression, anxiety, aggression and antisocial behavior.

Everyday someone joins a social network with the hope to connect with another user. While social media reduces face-to-face interaction in real world and takes away daily social activities, it also increases confidence in making friends in social media and also reduces distance between peoples. Some people may use text typing rather than talking although the person that he or she wants to communicate may be just beside him or her.

Globally, there are 2.34 billion social media users. This number is expected to grow close to three billion by 2020. The duration of the normal Facebook visit is 20 minutes. More than 510 000 comments and 293 000 status updates are made daily on Facebook.

According to Nepal Telecommunications Authority, there are 14.18 million internet subscribers in Nepal, which is nearly 56 percent of the total population. Nepali users are also increasing every year.  Internet users have increased by up to 18.22 percent over the last year.  Cell phones have been the third most traded commodity in Nepal after petroleum products and iron.

Social media has allowed us to hide behind screens and limited our face-to-face social interaction. Many introverts and socially reclusive users place too much emphasis on virtual interaction. You get the feeling of being social without having to go out and socialize. In the same vein, it gives you the feeling of being a friend without having to put any actual effort to build the relationship. Just think of how many people you have on your Facebook friend list. How many of them do you see on a regular basis? Due to the development of technology people are seeing their friends less frequently. Many people would rather do a video call and text their friends rather than visiting them or meeting them in person.

Daniel Lewis, the founder of Loose Ends, says: “I find it a bit depressing that something originally devised to bring people together is now instrumental in keeping us all apart, with just over 22 percent of people admitting to seeing their friends less frequently since they started using social media.”

Social media is not as social as we may think. It is really a double edged sword and really does make us less social if we are not careful. People these days find it easier to chat rather than talk to a person.  Almost all the time, we are just sitting on Facebook or Google Talk, even though no one is there to chat with. All the time, we keep waiting for people but I never realize that there are people who are waiting for me outside this social network world. Maybe, we have even lost a few good friends in order to make few new friends. May be, this social networking has actually made us unsocial.

If you feel you’re not being social, get off the computer and turn off your phone. It’s the simplest thing to do though it may be hard. There’s so much of a life out there for you to experience. We should think about what we’re losing. It’s important to keep everything you do in moderation and the focus should be on real communication.

Selena Gomez says she has put a cap on spending time on social media as the singer believes the obsession... Read More...