More than a billion adults around the world are at risk of serious disease through lack of exercise, a study has shown.

Investigators found that in 2016 more than a quarter of the global population – 1.4 billion people – were insufficiently active.

As a result, they faced an increased risk of heart and artery disease, Type 2 diabetes, dementia, and some cancers.

Over a quarter of all adults are not reaching the recommended levels of physical activity for good health : Dr Regina Guthold, WHO

The research conducted by the World Health Organisation shows there was little progress in improving physical activity levels between 2001 and 2016.

If current trends continue, the global target of reducing sedentary lifestyle by 10% by 2025 will not be met, said the scientists.

Study leader Dr Regina Guthold, from the WHO in Switzerland, said: “Unlike other major global health risks, levels of insufficient physical activity are not falling worldwide, on average, and over a quarter of all adults are not reaching the recommended levels of physical activity for good health.”

The study was based on self-reported activity levels both at work and at home and during travel and leisure time.

Researchers analysed information from 1.9 million men and women who participated in 358 population surveys.

High-income Western countries displayed the greatest increase in the proportion of people taking insufficient exercise over the study period, a rise from 31% in 2001 to 37% in 2016.

Countries with the worst physical activity record included Kuwait, American Samoa, a US territory in the South Pacific, Saudi Arabia and Iraq. In each of these countries, more than half the adult population was insufficiently active.

The findings appear in The Lancet Global Health journal.

Dr Guthold added: “Regions with increasing levels of insufficient physical activity are a major concern for public health and the prevention and control of noncommunicable diseases.” 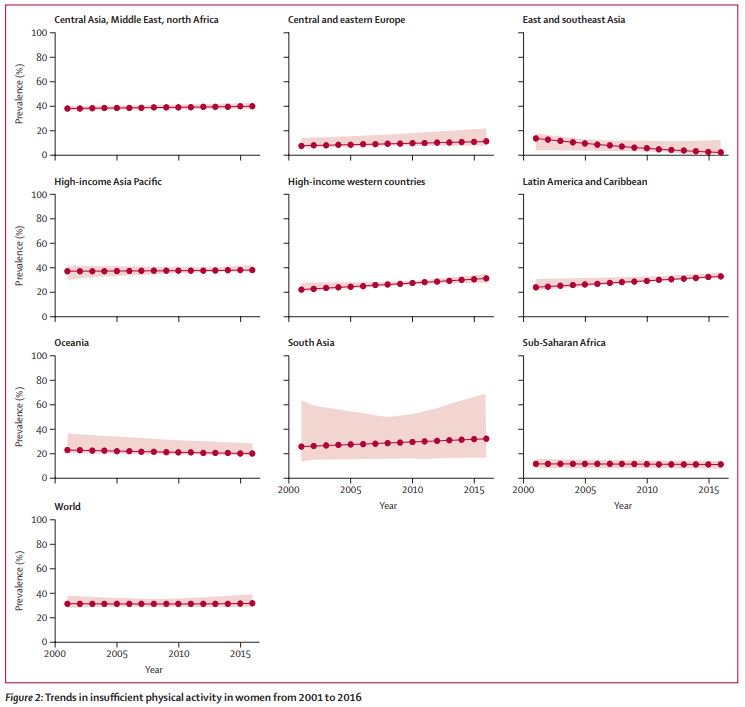 Running on a treadmill versus running outside

Every runner has a preference. Some runners can’t stand the monotony of the treadmill while others can’t pick up a... Read More...

Making a resolution and promising oneself to improve some aspect of you from the first day of the year is... Read More...