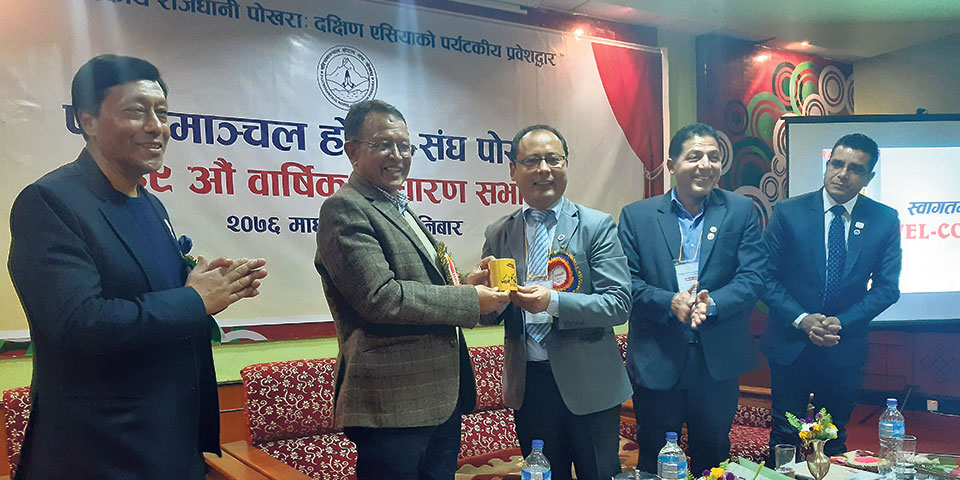 POKHARA, Feb 3: Paschimanchal Hotel Association Pokhara (PHAP) is promoting the Gandaki Province in international cities. PHAP has carried out promotions in Indian cities close to the Nepali border and further plans to promote the province in Kolkata and Bangladesh.

In the 39th annual general assembly of the organization, the association said that they are promoting the province in foreign countries apart from India. According to Bharat Raj Parajuli, immediate past president of PHAP, the association has plans to promote the province in Bangladesh. “Chinese tourists are not able to arrive due to the coronavirus. Due to this reason, we have started searching possible markets for promotion and we have planned to promote in Bangladesh and some gulf countries,” said Parajuli, “We hope to increase the number of tourists from Bangladesh.”

According to Parajuli, most of the promotion was being carried out in Indian cities close to the border but it is important to explore other foreign markets as well. “We are planning to start promotion in Bangladesh within February,” he said.

According to Sajan Shakya, general secretary of PHAP, 'Jau Hai Pokhara' and Chaliye Pokhara' campaigns have created positive impact in the field of tourism. The branding of Pokhara will additionally help in the arrival of tourists.

Gandaki province to build IT Park in Pokhara

POKHARA, March 6: Gandaki Province has announced to build an Information and Technology (IT) Park in Pokhara. ... Read More...