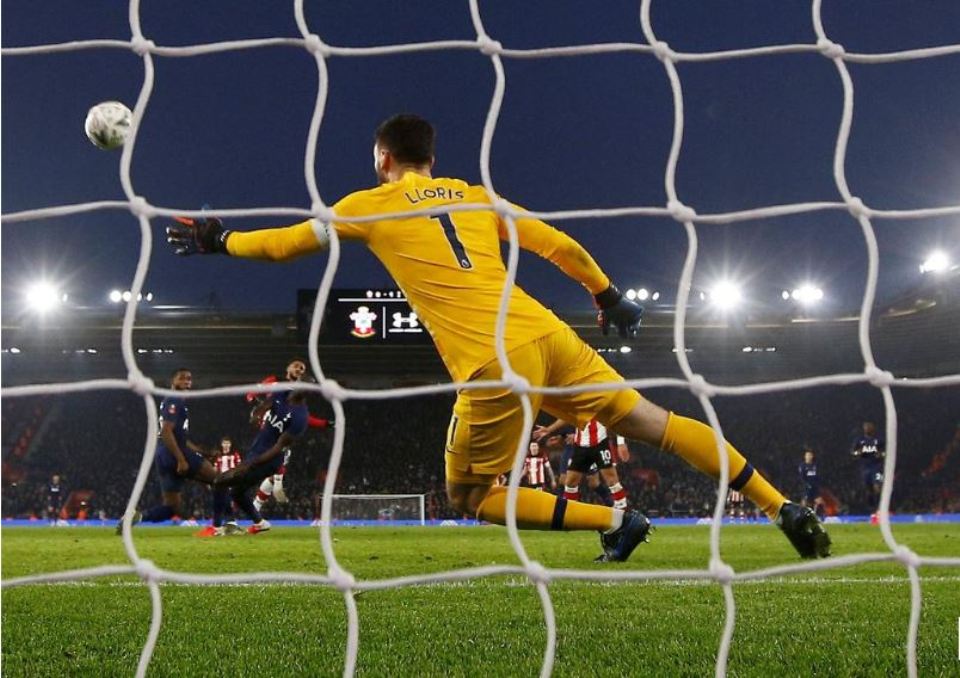 Southampton, England, Jan 26: In a week when the future of FA Cup replays was called into question, Tottenham Hotspur and Southampton will have to play again in the fourth round after a day of few goals and four draws.

Jose Mourinho’s eight-times winners were pegged back three minutes from time by Sofiane Boufal in a 1-1 draw at St Mary’s. The games between Newcastle United and Oxford United and Coventry City and Birmingham City finished goalless, while Cardiff City and Reading drew 1-1.

Elsewhere, Chelsea brushed aside Hull City in the late game, Norwich City edged Burnley in the only all Premier League clash while West Ham United lost 1-0 to ex-manager Slaven Bilic’s West Bromwich Albion. Former winners Portsmouth and Sheffield United also booked a place in the last 16, along with Leicester City.

Spurs, who left out Christian Eriksen in preparation for his expected 16.8 million pounds ($22.08 million) move to Inter Milan on Monday, looked to have edged an open game at Southampton after Son Heung-min’s low shot beat the keeper in a move begun by the impressive Dele Alli.

But Saints grabbed a late leveller after good work from Danny Ings set up Boufal for an extra game that Mourinho admitted he did not want.

“We are taking the difficult way,” said Mourinho, who won the Cup with Chelsea in 2007. “We don’t need one more game but that is how it is. It is better to draw than defeat and be out.”

The new manager bounce which David Moyes provided West Ham is wearing off fast and, after just one point from their past three Premier League games, the Hammers crashed out of the cup in a game that again saw home fans boo their own team.

Even more worrying is that West Ham lost despite Moyes beginning with a strong side, which he then bolstered by three substitutions at halftime.

Conor Townsend scored the game’s only goal — his first for Albion — with a superb curling shot from the edge of the area on nine minutes. The visitors had to see out the final 20 minutes with 10 men after Semi Ajayi was dismissed for a second bookable offence.

League One side Oxford secured the day’s most impressive result at St James’ Park in front of their 4,000 travelling fans. Newcastle played a full-strength side but still failed a way through the visitors’ defence. Striker Joelinton had two goals correctly disallowed for offside and ballooned another chance over.

Brentford fielded a second-string side against Leicester City but still pushed the Premier League side close after Kelechi Iheanacho scored what turned out to be the only goal in the final FA Cup game at Griffin Park.

The Londoners, who move stadium next season, chose to prioritise Tuesday’s league clash against promotion rivals Nottingham Forest while Leicester also rested players ahead of their Carabao Cup semi-final.

Sheffield United have won the cup four times, their last triumph was in 1925. Perhaps sensing they are overdue another success, United had few problems overcoming Millwall 2-0 with excellent strikes from Muhamed Besic and Oliver Norwood.

League One side Portsmouth, who won the cup in 2008, also booked a place in the fifth round for the first time in 10 years with a comfortable 4-2 win over Championship strugglers Barnsley.

Goals from Grant Hanley and Josip Drmic saw Norwich beat Burnley, for whom Erik Pieters scored, while Coventry’s draw with Birmingham meant both sides will return to St Andrew’s, where the Sky Blues groundshare, for more of the same.

At Reading, Cardiff fans were warned over the tannoy system not to sing “racist or homophobic songs” halfway through the first half of their 1-1 draw.

Nepse inches up 2.16 points as daily turnover soars to Rs 1.56 billion on Sunday
15 hours ago