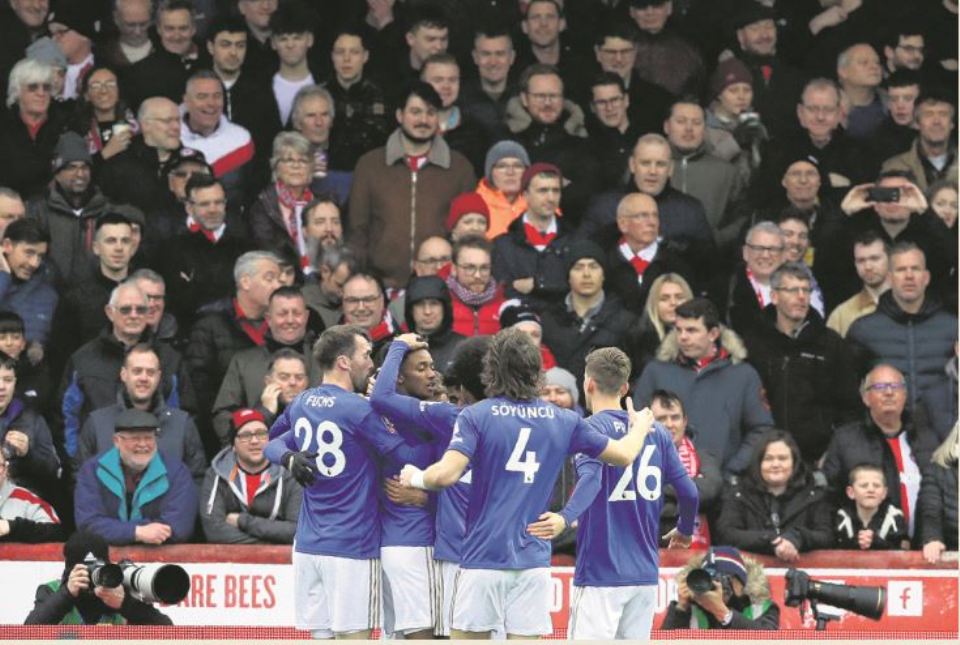 Brendan Rodgers' side is chasing a trip to the Wembley on two fronts and it tooks the next step in the FA Cup after surviving a hard-fought fourth round clash in west London.

Flying high in the Premier League, third placed Leicester could be set for a memorable end to the season.

Leicester, who has never won the FA Cup, is hoping to reach the final for the first time since 1969.

In the League Cup, it is through to the semifinals and heads to Aston Villa in the second leg on Tuesday after being held to a 1-1 draw in the first match at the King Power Stadium.

Rodgers made nine changes from Wednesday's Premier League win over West Ham, with only Caglar Soyuncu and Ayoze Perez remaining in the starting line-up for Leicester's first meeting with Brentford since 1993.

Kasper Schmeichel, Youri Tielemans and James Maddison were on the bench, while Jamie Vardy was sidelined by a glute injury suffered against West Ham.

It was Iheanacho's seventh goal in 12 appearances this season -- and his ninth in nine FA Cup starts -- proving he can be an able deputy for Vardy while the 17-goal star is sidelined.

Brentford, chasing promotion from the Championship, was looking to reach the FA Cup fifth round in successive seasons and it pushed hard for an equalizer.

Ward preserved Leicester's lead in the closing stages with a superb save to keep out Luka Racic's overhead kick from the edge of the area.

In a tense finish, Brentford's Bryan Mbeumo had a goal correctly ruled out for offside as Leicester held on.