84% youth suffering from anxiety due to COVID-19: Survey

Kathmandu, April 22: Eighty-four percent of the youth are experiencing anxiety due to COVID-19, a nationwide survey showed.

The survey, Youth Anxieties, Perceptions, and Activism, was carried by Niti Foundation, in partnership with the International Labor Organization (ILO). A total of 2,000 youth from 18 to 40 years of age participated in the study, with a  proportionate representation of provinces and gender.

Women were slightly more affected than men. " A total of 85 percent of women reported having experienced anxiety, and 83 percent for men felt the same," the survey said in its findings.

Young people from Province 2 showed lower levels of anxiety (68%) in comparison to Karnali, Bagmati and Province 1 with  97%, 94%, and 90%  respectively. 'There is a steady increase of experience of anxiety with the increase of the age of youth," the survey said.  Youth ages between 33-40 experienced anxiety in a greater proportion (89%) than young people between 18-22, 23-2, and 28-32. However, the difference was not significant, the survey said. 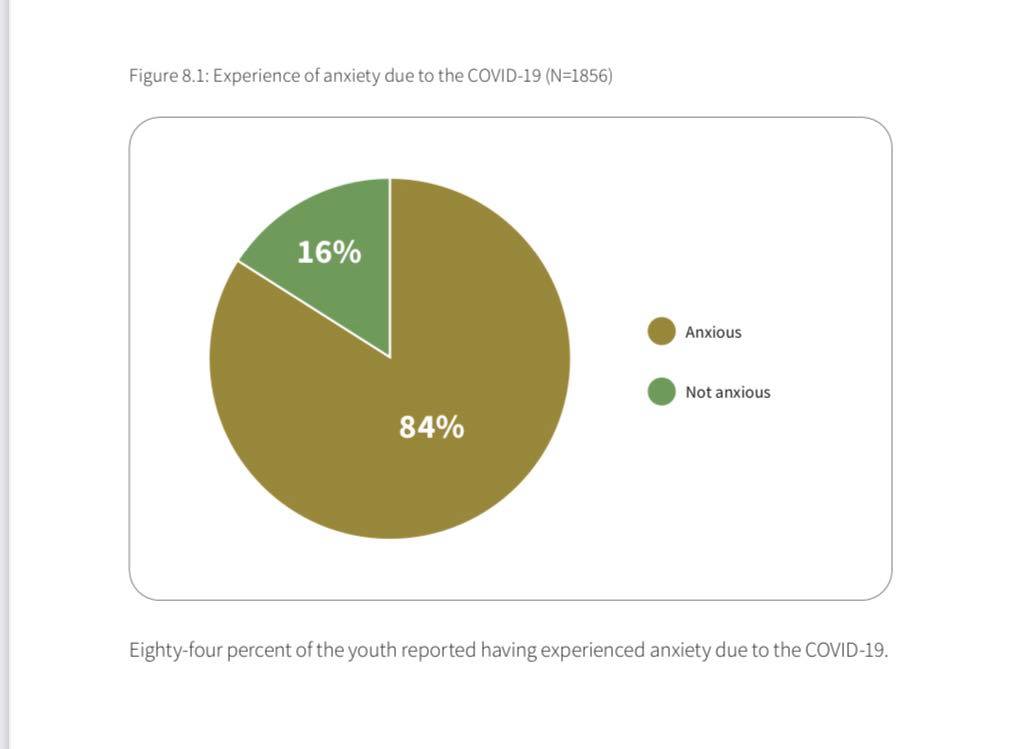 In terms of problems faced due to the pandemic, transportation was the major problem with 58% youth saying so, followed by 54% who said accessing medical facilities was a major concern. A total of 52%  of the surveyed said that the loss of income was a major problem while food shortage, disruption in studies and, shortage of agricultural input related problems were faced by 45%, 41% and 32%  of the participants.

When the  survey asked the youth on what led them to think that the country was going in the wrong direction, majority of them (68%) said that the political leaders were not doing well. This was followed by 65% of youth who said that the country’s development was not taking place as expected. Also, political instability, intra-party dispute, ill-designed government policies, mis-match between policies and economic development, external interference and high inequality were other reasons for their dissatisfaction.

In terms of current and future plans, the majority of the youth surveyed (38%) expressed a preference to look for jobs in Nepal. This was followed by those who wanted to start their own business (27%). Meanwhile, only 9% of youth wanted to work in the agriculture sector or go overseas for foreign employment. Of the youths who plan to work in agriculture in Nepal, 60% are women and 40% are men, according to the survey findings. 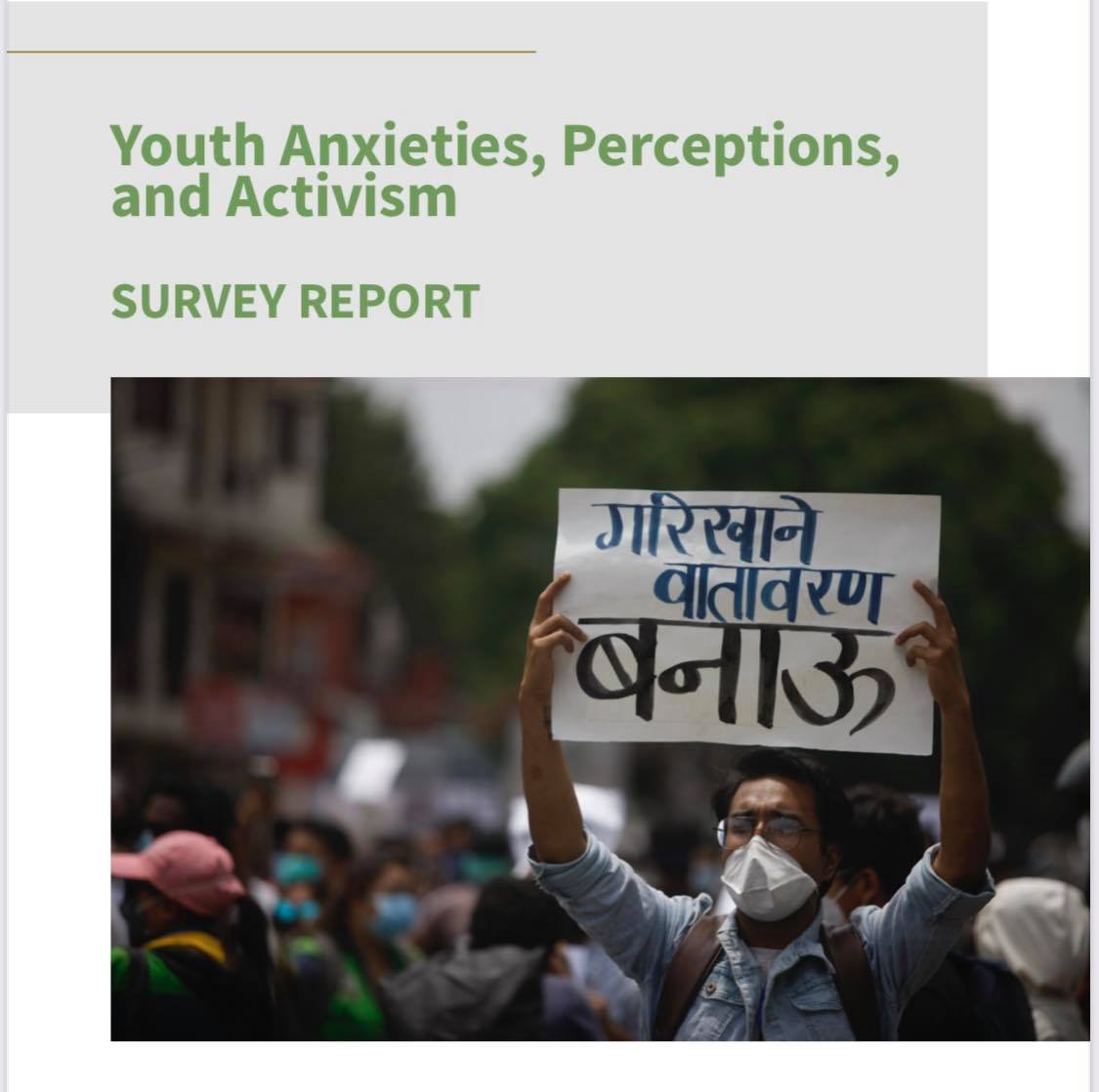 Five succumb to COVID-19 in a night in Banke

PHOTOS: Rato Machhindranath Chariot pulled for the year
6 hours ago

WHO expresses serious concern over fast-spreading pandemic in Nepal, calls for emergency aid
8 hours ago

PHOTOS: Rato Machhindranath Chariot pulled for the year
6 hours ago