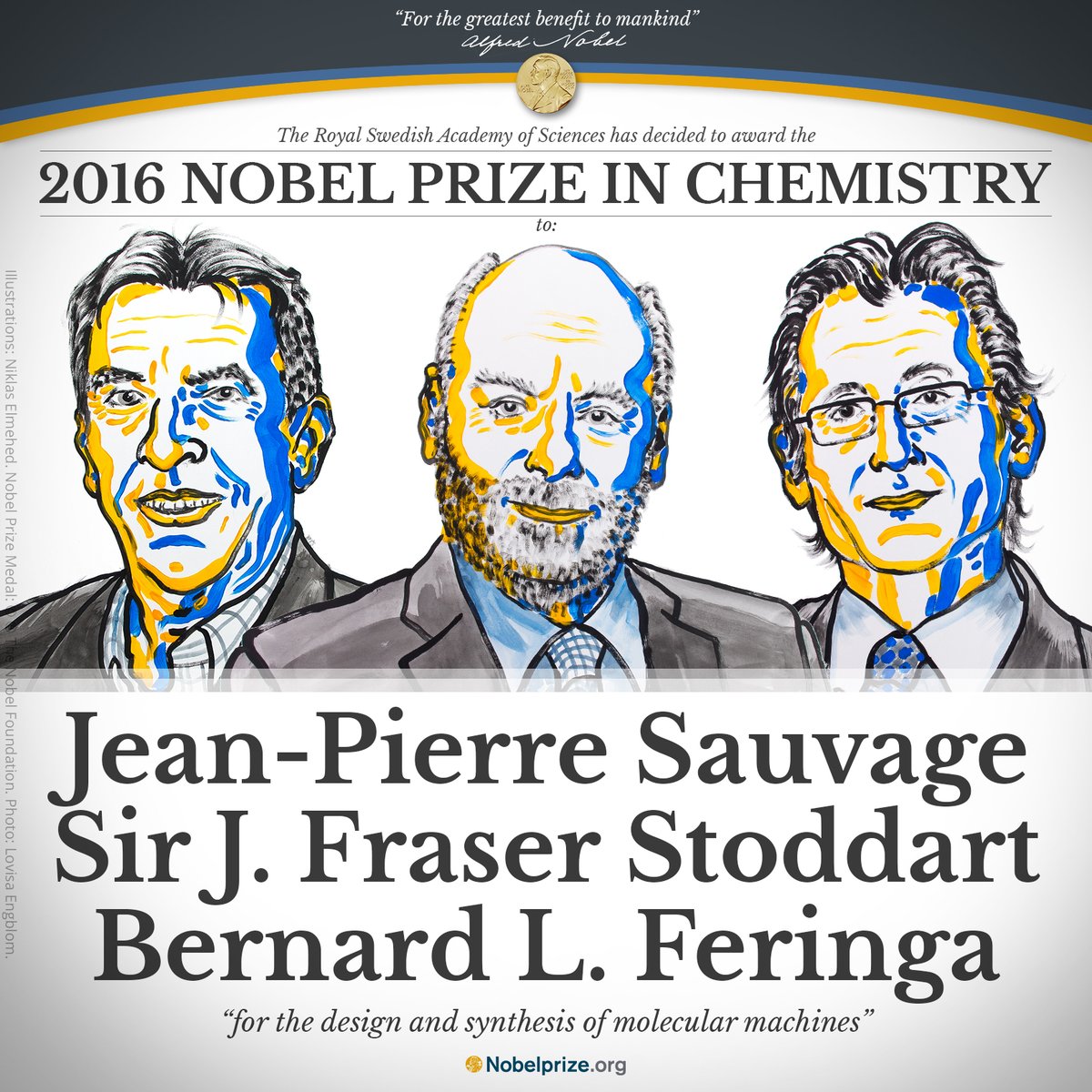 The laureates share the 8 million kronor ($930,000) prize for the "design and synthesis" of molecular machines with controllable movements, which can perform a task when energy is added, the Royal Swedish Academy of Sciences said.

The academy said molecular machines "will most likely be used in the development of things such as new materials, sensors and energy storage systems."

Sauvage, 71, is professor emeritus at the University of Strasbourg and director of research emeritus at France's National Center for Scientific Research. His wife, reached by telephone, was choking back tears.

Stoddart, 74, is a chemistry professor at Northwestern University in Evanston, Illinois.

Feringa, 65, is a professor of organic chemistry at the University of Groningen, the Netherlands.

The academy said Sauvage made the first breakthrough in 1983 when he linked two ring-shaped molecules together to form a chain.

Stoddart took the next step in 1991 by threading a molecular ring onto a molecular axle, while Feringa was the first to develop a molecular motor in 1999 when he got a molecular rotor blade to spin in the same direction.

The chemistry prize was the last of this year's science awards. The medicine prize went to a Japanese biologist who discovered the process by which a cell breaks down and recycles content. The physics prize was shared by three British-born scientists for theoretical discoveries that shed light on strange states of matter.

The Nobel Prizes will be handed out at ceremonies in Stockholm and Oslo on Dec. 10, the anniversary of prize founder Alfred Nobel's death in 1896.

Nobel, the inventor of dynamite, wanted his awards to honor achievements that delivered the "greatest benefit to mankind."

The Swedish Academy has been in turmoil since November when Swedish daily Dagens Nyheter published the testimonies of 18 women... Read More...

Foreign envoys and diplomats taking part in ‘hiking’
11 hours ago

Make arrangements for students who returned from China due to COVID-19 to go back: Parliamentary committee
15 hours ago

Yak and Yeti organizes its first tennis tournament
6 hours ago

New leadership elected in four municipalities of Bhaktapur
11 hours ago