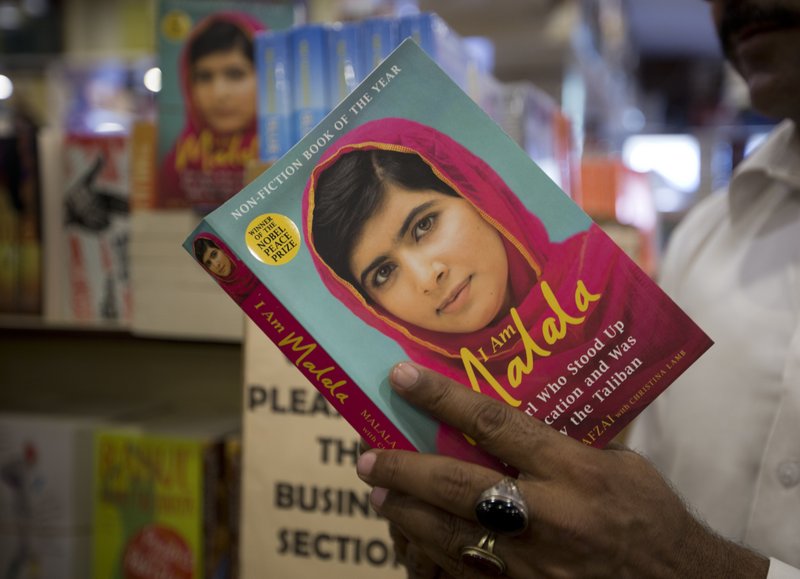 PAKISTAN, Mar 31: Pakistan’s Nobel Peace Prize winner Malala Yousafzai on Saturday arrived in her hometown of Mingora for the first time since a Taliban militant shot her there in 2012 for advocating girls’ education.

Amid tight security, Youzafzai along with her parents landed in the Swat Valley in an army helicopter.

According to her uncle Mahmoodul Hassan, Yousafzai went to her home and also planned to meet with her friends and relatives. Security was visibly beefed up in Mingora the previous day.

The 20-year-old Yousafzai had asked authorities to allow her to go to Mingora and Shangla village in the Swat Valley, where a school has been built by her Malala Fund.

Hassan said Yousafzai and her family were not afraid of going to Swat, where Taliban militants wounded her six years ago.

“We are grateful to the government and the army for facilitating this visit,” he told The Associated Press.

In October 2012, Yousafzai was shot in the head by a Taliban assassin who jumped inside her school van and yelled, “Who is Malala?” She was targeted for speaking out on girls’ education.

Only 14 when she was shot, Yousafzai has since delighted in telling the Taliban that instead of silencing her, they have amplified her voice. She has also written a book, spoken at the United Nations and met with refugees.

On Friday, Yousafzai praised the Pakistan army in an interview on the independent Geo news channel for providing her timely medical treatment, saying her surgery was done by an army surgeon at the “right time.” She later received post-trauma treatment in Britain.

She said she would not have been sitting in Pakistan now if she had not been treated quickly. She plans to permanently return to Pakistan after completing her studies in Britain.

Schoolgirls in Yousafzai’s hometown were already jubilant over her arrival.

On Thursday, Yousafzai met with Pakistan’s Prime Minister Shahid Khaqan Abbasi at his office, where she also attended a gathering and made an emotional speech in which she said it was one of the happiest days of her life to be back in her country.

Yousafzai has won praise from across Pakistan on her return home, but some critics on social media have tried to undermine her efforts to promote girls’ education. Yousafzai says she failed to understand why educated people opposed her, although she could expect criticism from militants, who had a particular mindset.

Since her attack and recovery, Yousafzai has led the Malala Fund in which she said has invested $6 million for schools and books and uniforms for schoolchildren.

Yousafzai became the youngest person to be awarded the Nobel Peace Prize in 2014.

She landed in Pakistan just before dawn Thursday, flanked by heavy security and plans to return to Britain on Monday.