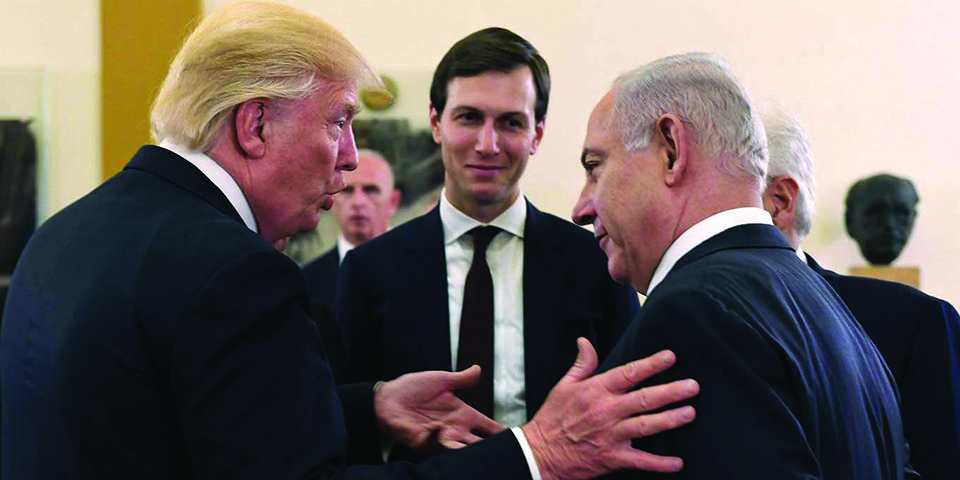 Palestinians still cling to the hope that demographic trends mean time is on their side. But, in the meantime, prospects for peace in the region seem vanishingly slim

PARIS – “Man shall not live by bread alone,” says Jesus in Matthew 4:4. But biblical wisdom seems to have been lost on the organizers of the economic conference held on June 25-26 in Bahrain, where Jared Kushner, US President Donald Trump’s son-in-law and key foreign-policy adviser, finally presented the outlines of his Peace to Prosperity plan to end the Israeli-Palestinian conflict.

The talks in Manama focused only on the plan’s “economic dimension”—in other words, the carrot before the stick. Over ten years, some $50 billion will be made available to the region (not only to the Palestinians), with wealthy Gulf states footing much of the bill. The tougher, political side of the deal is expected in the fall, once a new Israeli government takes office after the election scheduled for September 17.

Some US commentators close to the Trump administration have drawn comparisons with the US-led Marshall Plan after World War II. Having saved Western Europe from communism and Soviet imperialism during the Cold War, the argument goes, America is about to do something equally brave in the Middle East to counter the twin threats of Islamic fundamentalism and Iranian imperialism.

In launching the plan, the United States seems to be calling in favors from the Sunni Arab states that it has protected for so long. Moreover, resolving the Israeli-Palestinian conflict would be in these countries’ interests as well, because it would remove a potential source of destabilization at home.

If this is not the art of the deal, then what is? The solution looks so rational, tempting, and irresistibly simple. With real money now on the table, the participants will next discuss the political conditions, meaning the price the Palestinians will have to pay in order to receive such generosity. But there lies the snag.

The Marshall Plan sought to encourage Europeans to come together to receive American money. At the time, communist parties, supported and directed by the Soviet Union, appeared poised to take power in many Western European countries. Instead, Marshall’s visionary plan bolstered these countries’ national identities and strengthened their sovereignty.

Kushner’s plan, by contrast, would do the opposite, because it essentially ignores the issue of Palestinian sovereignty. More fundamentally, the US plan raises an existential question: can one buy the emotions and sentimental commitments that lie at the heart of people’s collective identity?

That seems highly unlikely; after all, governments find it hard enough to buy off their own people. In the aftermath of the 2011 Arab Spring uprisings in Tunisia and Egypt, for example, Algeria’s rulers spent generously to protect themselves from something similar. But although this bought the regime some time, structural problems such as corruption and incompetence did not go away. They simply became more acute, adding humiliation to public anger and eventually leading to the resignation in April of President Abdelaziz Bouteflika, after 20 years in power.

If buying the loyalty of one’s own people is difficult, buying others’ is much harder still. In fact, it is probably impossible, as the Manama summit showed. The Palestinian Authority refused to take part; as a result, Israel was not represented at official level, either. Arab states have often betrayed the Palestinian cause before, but never as spectacularly as now. Demonstrators have taken to the streets in Morocco, for example, to denounce what they call the “Summit of Shame.”

Kushner has clearly never seen the 2008 Palestinian movie Salt of this Sea, which describes the plight of a young American woman of Palestinian descent who is searching for her grandfather’s home in Jaffa in present-day Israel. The message is that a big fat check cannot compensate for the loss of sovereignty.

The Trump administration may not even seriously believe in its own peace plan. Perhaps Kushner’s initiative, therefore, is just a ploy to prepare the ground for possible US disengagement from the Middle East—freeing the administration to pursue a new form of neo-isolationism, or, alternatively, to concentrate all its efforts on containing China’s growing global influence.

The near-certain failure of the Kushner plan could allow Trump to tell US voters before the 2020 presidential election that he did his best to bring about Israeli-Palestinian peace, but there was nothing else he could do. He might add that he had managed to cement the long de facto collaboration between Israel and Saudi Arabia, the West’s two pillars of regional security. And with the US helping in the background, these powers would be strong enough to contain Iran, should Trump’s latest economic sanctions not suffice to overthrow the regime in Tehran.

The fundamentals of Israel’s situation have not changed. The country’s security depends on its legitimacy, which in turn continues to require the existence of a viable, sovereign Palestinian state. Yet the current status quo is simply too comfortable for the majority of Israelis to revive the two-state solution. Contrary to what Trump apparently believes, his policies are making Israel’s future more problematic.

The Palestinians, meanwhile, still cling to the hope that demographic trends mean time is on their side. But, in the meantime, prospects for peace in the region seem vanishingly slim. And Kushner’s recent presentation in Bahrain has done nothing to change that.

Number of people joining the Maoist Center has increased: Dahal
2 hours ago
Eighth Tanahun festival to begin from January 22
3 hours ago

NC General Convention: Voting for the leadership of Bagmati Province today
4 hours ago