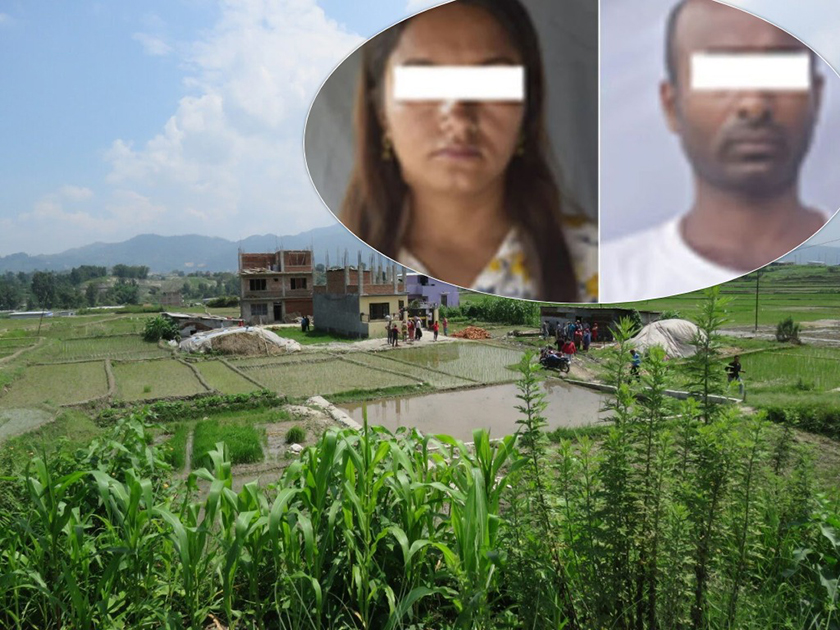 BHAKTAPUR, July 2: Police investigation has revealed that the daughter of Sabitri Bhattarai, 60, of Bhaktapur, is behind her gruesome murder. Bhattarai was found dead, with her throat slit, inside a room at Changunarayan Municipality – 7, Basbari on Sunday afternoon.

According to police, the old woman had taken shelter at her daughter Iswari's house, where the latter used professionals to kill her. It has been learned that the daughter was into an extra-marital relationship which somehow the mother came to know about. This forced the daughter to "finish off" her mother.

According to the chief of Metropolitan Police Range, Bhaktapur, Superintendent of Police (SP) Sabin Pradhan, the deceased who is originally from Indrawati Rural Municipality, Sindhupalchowk, was slain at 10.30 on Sunday morning by an unknown group of three. They had come to her room on a motorbike. After killing her, they had fled but police caught them.

"After investigation, it came to the fore that they had killed her as per the instructions of the daughter," Pradhan said. "The daughter, too, has admitted it," he added.

Iswari's husband runs a hotel in Kathmandu. She was working at a garment factory for the past some time where she developed a bonding with Mahomad Nausad, 24, of Kalyanpur Municipality of Siraha, according to the police.

"After the mother came to know about the story, she warned her daughter of bad consequences if she did not quit the relationship. This triggered tension between them," said Pradhan. "Also, because the man was from another religion, the mother was dead against the relationship."

Police have also learnt that the deceased went to the extent of sending Nausad to United Arab Emirates by spending Rs 100,000 for him just to separate him from her daughter. "She had though that the distance will fix things but they were still in touch through social media and they planned of the murder instead," said Pradhan.

Nausad had set off for UAE a few weeks ago and was back just on June 25. On June 27, he went to India to meet Bhola Kumar and Mahomad Rashid, who later came to Nepal for the planned murder. The police investigation reveals that the two were contract killers.