A dozen ministers flock to lay “foundation stone” in Bara

BARA, May 4: There were 13 ministers to lay “foundation stones” to rebuild houses of the families that were affected by Nepal’s first tornado last month.

Nepal Army is constructing 1,362 houses in Bara and 92 in Parsa district. The houses are expected to be handed over by mid-August this year. The federal government will provide Rs 79 million to the Nepal Army for the reconstruction. Each house is expected to cost Rs. 500,000.

The army will use around 3,000 army persons including technicians. The tornado of March 31 had killed 28 people, 27 of whom were from Bara district.

Deputy Prime Minister Ishwar Pokhrel urged the locals and people's representatives to extend support to the government for the people's housing project.

"Nepal Army will accomplish its responsibility with the stipulated time. All tiers of governments should work in coordination to make the project successful to ensure safe housing to the people surviving the disaster," he added.

Similarly, another DPM and Health Minister Yadav said, that it was the “duty of the State to provide relief to the people affected by the disaster" while Home Minister Ram Bahadur Thapa said that the government would always stand with the people of Province 2. 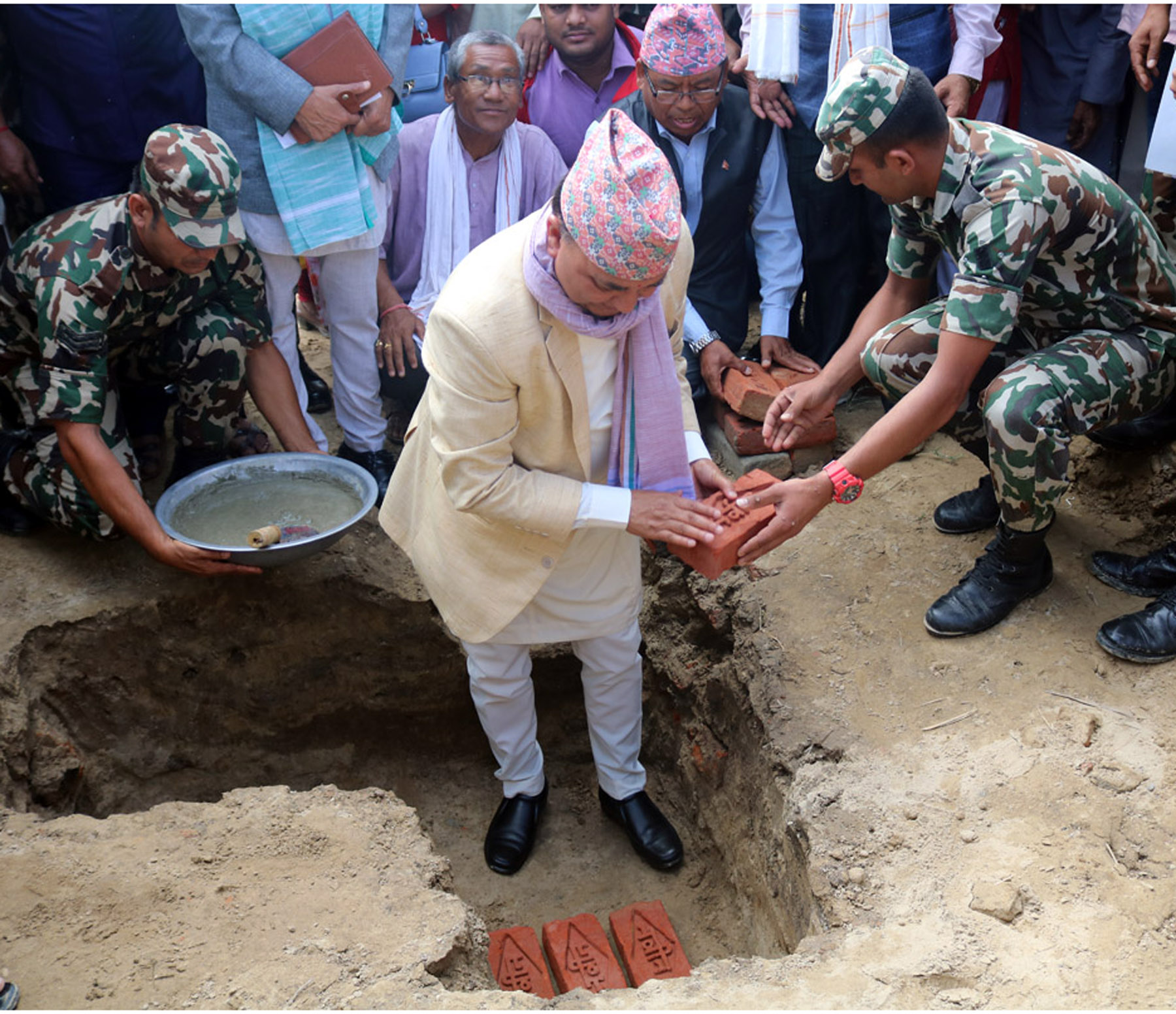 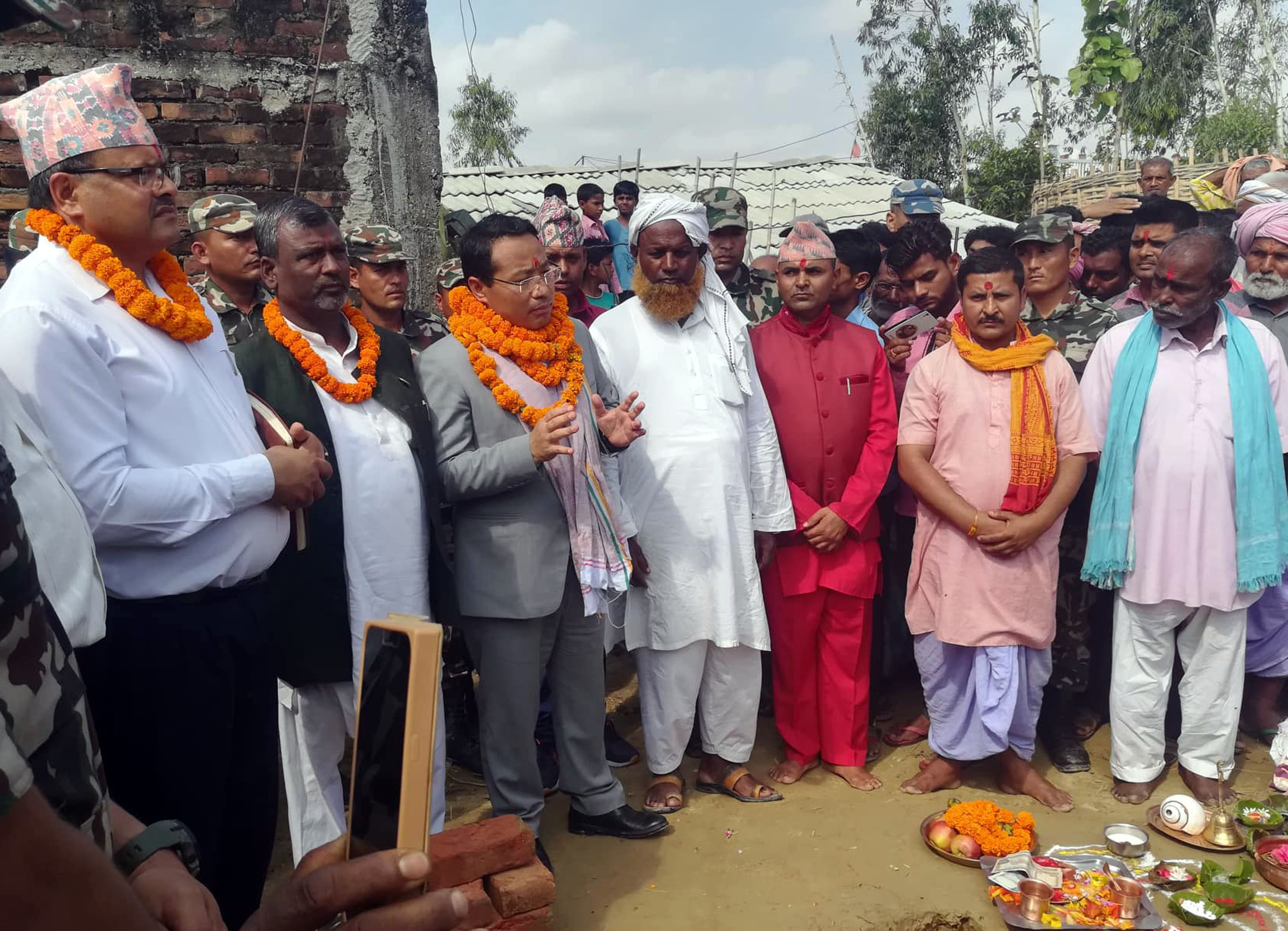 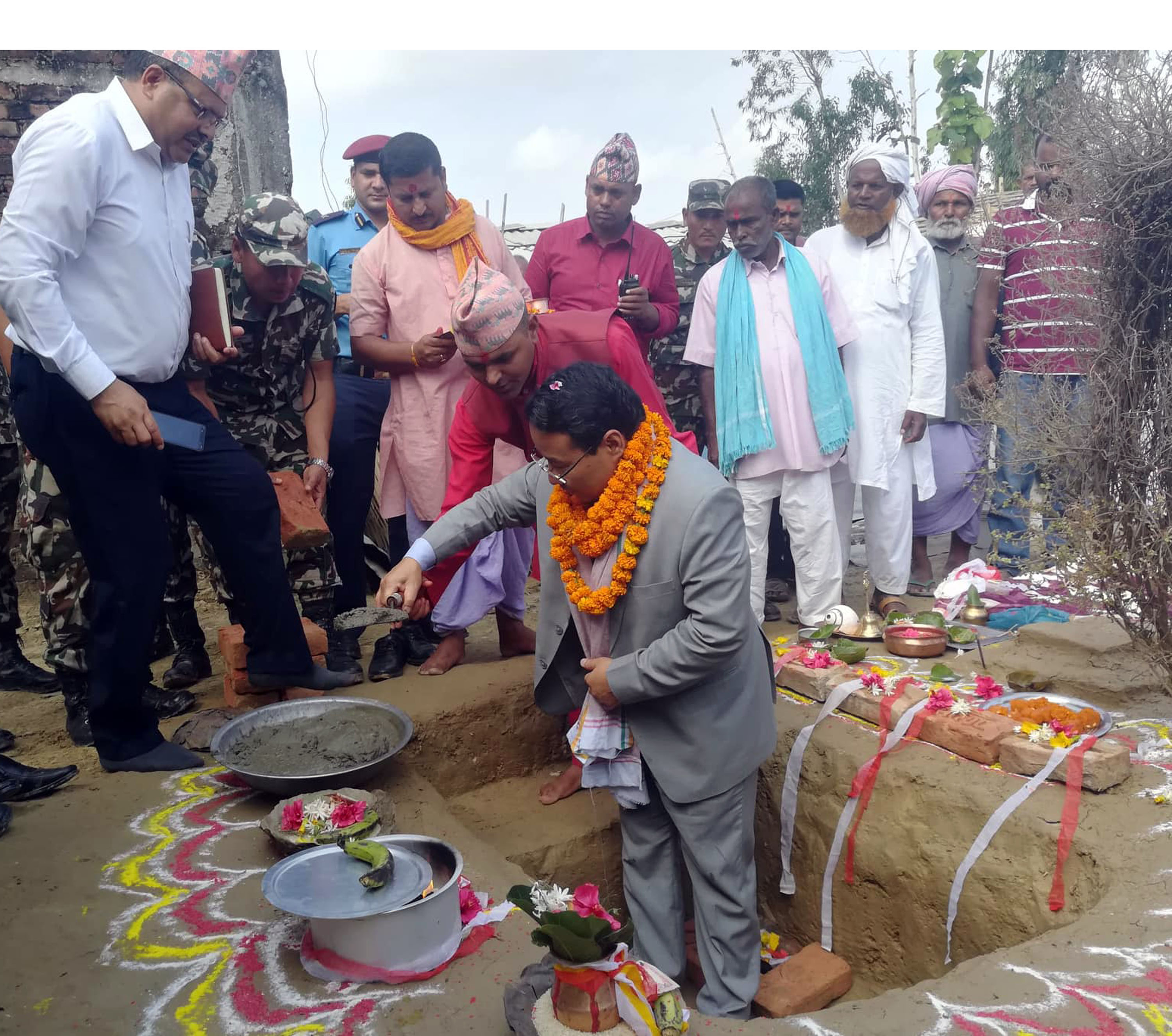 Agitating IOM students stage sixth round of protest against Dean (Photo Feature)
2 minutes ago
If you want to seek your property share, go to Baluwatar: MP Agrahari
12 minutes ago

Fugitive arrested from his house in Jumla
49 minutes ago