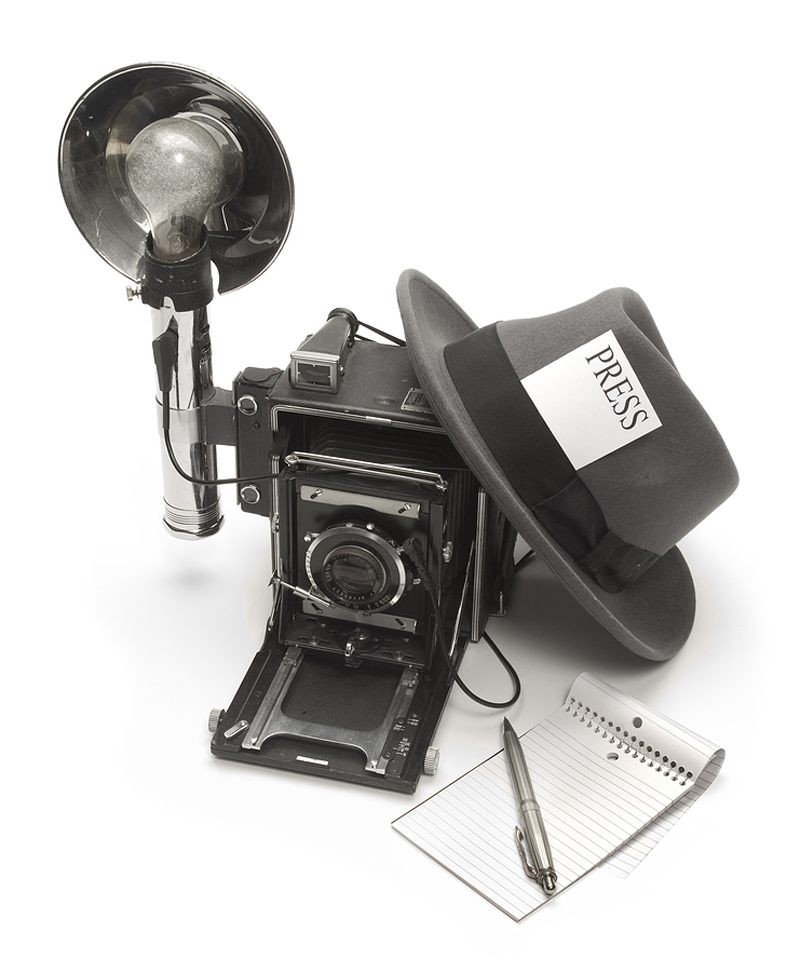 Editors can inspire, encourage and guide their reporters to do the legwork and write stories behind the events
As the peak tourist season began for the year, planeloads of investigative journalists from around the world, over 350 of them, descended into Kathmandu last week. For a brief period, the capital city turned into an open journalistic lab. That doesn’t happen often. The last time we had a major media gathering here was in 2003 during a World Association of Community Radio Broadcasters’ conference.

At the symbolic level, the event, which brought many world-class journalists, including Walter Robinson of “Spotlight” fame, helped to recast Kathmandu in a positive light, as an emerging hub of investigative journalism in Asia. Event production is often challenging, burdened by logistical and administrative issues and the local hosts, the Center for Investigative Journalism Nepal (CIJ-N), deserve applause for helping to put together a grand show.

Local journalists, at least a select few, got an opportunity to share their experiences and network with the international gang. More important, for me as an observer, was the fact that a nuanced form of democracy was fully in action as journalists, without fear or favor, openly discussed a myriad of difficult and sensitive topics, and even raked some muck, right under the noses of our power players. If only our officials and leaders could attend some of these sessions.

Contrast that with the daily practice of democracy. We have been mired by a series of scandals of corruption and irregularities, notably in bureaucracy, academia and health sectors. Kleptocracy is rampant.

Add to it the sudden revelation that Kunda Dixit, a key mover behind the journalists’ conclave, was forced to leave the country due to “political witch-hunt”. His absence not only overshadowed the event but it has raised a number of questions regarding our government’s “insidious ways of silencing journalists”, as Dixit put it in his video message to conference attendees. Strangely, the media have remained largely silent on this matter.
***

Genuine investigative journalists, however, are outliers, and there are not that many. Shallow, event-oriented and commodity-focused journalism is the trend in this age of post-fact news. When it comes to content, we have more of the same. In-depth, heavy-duty enterprise stories with breadth and context are rare, largely because the investigative method has not been fully internalized in newsrooms and many outlets struggle financially and lack the skills, if not access, required for new platforms.

And still, the general perception is that the label “khoj” (search, investigate) applies to any type of journalism. Which journalist does not do some digging, whatever the scope and intensity of work? The nominal rendering of the genre undermines the method that emphasizes breadth, rigor and substance. News leaks, dramatic utterances from influential sources and pithy exposes form the bulk of our type of khoj patrakarita. A trickle is not enough, especially when it has no follow-up.

Of course, full-fledged investigative pieces in the tradition of “watchdog journalism” spotlighting official wrongdoings or government malfeasance have sometimes appeared in publications. Earlier major cases include government’s “secret” water-sharing “treaty” with India (1991), Indian occupation of Kalapani (1996), the Humla famine (1996), and dubious Chase Air deal which contributed to untimely ouster of then Prime Minister Girija Prasad Koirala (2001). But the first concerted effort was made by the non-profit sector after the establishment of CIJ-N in 1996.

In the words of Mohan Mainali, who has worked with CIJ-N, “earlier, it began by covering social issues ignored by the mainstream media”, such as police corruption in the distribution of driver licenses, and sale of Indian stolen vehicles and harmful pesticides. At the same time, as the Maoist conflict intensified, the center also carried out major investigations on its impact on civilians and irregularities in Maoist cantonments. Now the focus is more on health and education issues. News outlets, once reluctant to use stories by CIJ-N, are today increasingly running its dispatches. And many of them pay for its services.

Sturdy khoj journalism faces many difficulties, chief among them the lack of resources, monetary as well as professional competencies. Non-profits like CIJ-N depend heavily on foreign monies, and every grant crunch pushes them into a conspicuous hibernation. Besides, it is time-consuming; a single story can take several months to finish, a distraction for news outlets, already drowning in breaking news. The story process—interviewing, observation, fieldwork, research, and writing tasks—tests the doggedness of reporters.

Mainali, however, feels the key challenge is the lack of zeal in reporters, though the situation is improving today. He believes money is not the main problem. For instance, CIJ-N pays good remuneration, as much as Rs 200,000 for a story, depending on the quality of work. Besides, it offers mentoring services to reporters.

Collaboration within newsroom is hard to achieve, not to talk of working with other competing media. The very origin of CIJ-N had endangered the relations between Nepal Press Institute (NPI) and Himalmedia. Reporters are caught up in the tension between the liberal western adversarial value and the so-called indigenous (Asian) value emphasizing social order and harmony. The latter often constraints their freedom and instills psychological fear of authorities, leading to self-censorship. Perhaps this helps explain why “Asia was long the weak link in global network of investigative journalism”, to quote David Kaplan of the Global Investigative Journalism Network (GIJN), the main organizers of the conference.

Partisan political allegiance does not let journalists to report freely and fearlessly. Internal constraints are equally powerful. Reporters don’t dare to tread on the commercial interests of their own publishers.

Despite these hurdles, Nepal’s free political environment, a relatively tolerant culture and its vibrant press point to the possibility of achieving some serious journalism, eventually. Many of our neighboring countries lack these basic foundations.

So, can we now pay a harder and definitive look, for instance, at the scandals in government bureaucracy, post-quake reconstruction, telecommunication, and medical education, with adequate follow-ups? Walter Robinson remarked during his keynote at the event that most reporters spend time on government corruption, but his “Spotlight” team learned they ought to look first for victims. Do we have to wait for The Guardian to do another field report on our youth toiling as migrant workers in foreign lands?

Rapid commodification of life, technological penetration and cultural democracy will soon accentuate journalistic themes like consumer protection, government surveillance and social equity. Stories do not have to be always negative. Gains in environment, human development, social justice, education and health require a deeper look to inspire us all.
***

The arm-chair, “he said/she said” uncritical construct of journalism dominates our media landscape. In that light, to paraphrase Robinson, investigative journalism is not a luxury, it’s “a necessity we can’t afford to do without”.

Investigative journalism today is distinguished by passion for the craft, informed by professional, collaborative and technical skills such as data analysis, graphics and augmentation, and automation, etc.

Non-profit news organizations cannot sustain indefinitely on foreign donations. Media managers across platforms will have to collectively work to generate funds and establish fellowships and grants locally. They should ensure safe and secure environment for them to work without fear and favor. Editors can help inspire, encourage and guide their reporters to do the legwork and write stories behind the events.

Overall, a cultural shift is required in the way we approach a story. For example, many surveys do not reach the public. We need good investigative journalists to work with data scientists and visualizers and turn the arcane survey data into stories. Build mechanisms to translate science into narratives.

In the end, resources are never going to be enough and technology keeps changing. Investigative journalism is more about techniques and tools for rigorous reporting on issues of public interest. It’s not about how many stories you write, but about the difference one single story makes in the lives of people.

Samjhana's rapist and murderer has confessed to the crime: Police
10 hours ago