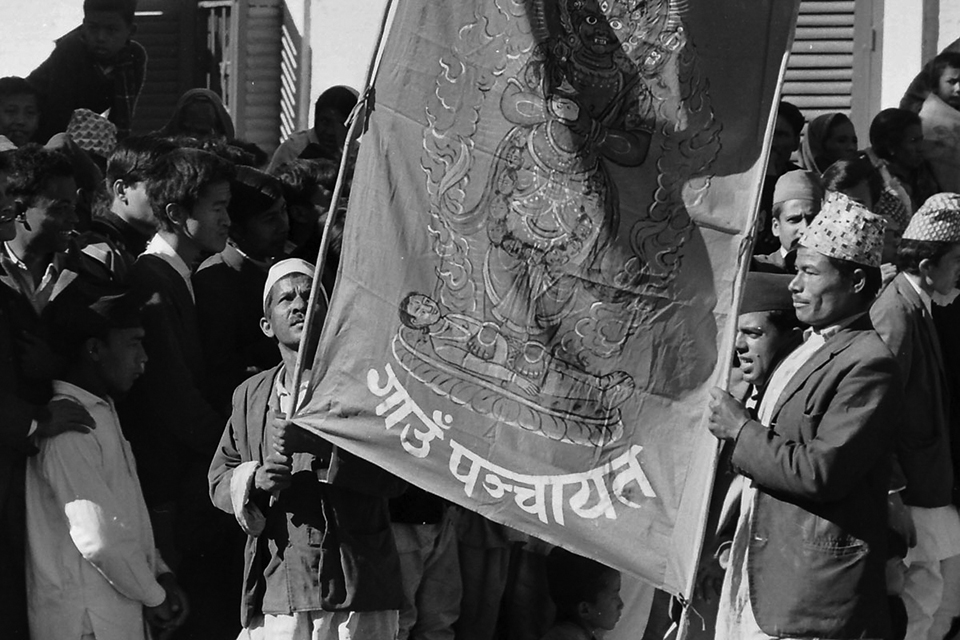 The political culture of Nepali state is deeply imbued in the shadows of its Panchayati past. Panchayat has had overwhelming presence in Nepali psyche

December 15 marked the 58th anniversary of takeover by King Mahendra which laid the foundation of Panchayat as a political system. The legacy of Panchayat reverberates in different forms which have impinged on psyche of Nepali society substantially.  Many of the institutional cultures being adopted in the Nepali public life remain deeply influenced by the party-less polity of the past.

This article sheds some light on how 30 years of Panchayat impacted the next three decades of Nepali life. The formative years of Panchayat were shaped by the institution of kingship, which was omnipresent and powerful. The institution was instrumental in shaping the popular imagination about the polity in the Nepali psyche and beyond.  This article is centered around how the imagination shaped in and by Panchayat continues to be the leading narrative for the dominant groups, particularly the political class of present day Nepal.

Panchayat was a party-less socio-political system incepted by King Mahendra by sideling the Nepali Congress government in December 1960. Under his direct rule King Mahendra introduced the four tired structure—village, town, district and national Panchayat—on the basis of limited elected executive committee. Moreover, the system succeeded in presenting itself to the rest of the world as a ‘home grown indigenized democracy’ and as an alternative to liberal democracy and communism being advocated by the two camps represented by the US and USSR respectively.

The idea of Nepali nationalism and cultural life has been strongly influenced by the Panchayati ethos.

King Mahendra consolidated power by institutionalizing and invoking the three pillars of national identity—Hindu religion, Nepali language and Monarchy—as a foundation of everyday social and religious life. Moreover, the system propagated the idea of Ek Raja, Ek Bhesh, Ek Bhasa (One King, One Dress, One Language).  This dictum has been depicted in several narratives in the form of cultural productions like poems, songs and slogans. The objective of this state-led project was to create a sense of oneness but in a monolithic sense.  This spirit continued in other sense also. For instance, Nepal was projected as the country with diverse geographical location with distinct populations. While this was true, what is also equally true is that the idea of unity in diversity was a big rhetoric whose edifice fell off soon after Panchayat was over.

Another important arena where this ‘uniting element’ found currency was the school textbooks.  Commenting on the appropriation of the narrative for school textbooks during Panchayat, historian Pratyoush Onta points out the inculcation of bir (brave) narratives weaved by the state. In fact, Onta rightly points out how these narratives were circulated in the Nepali language textbooks titled as Mahendramala.

What is important to note is the continuity of the narrative to the present day. Often students in classroom tend to identify the idea of Nepali nation around the aforementioned institutions. Barring the institution of monarchy which no longer has vivid presence, other institutions of language, dress, and ethnicity continue to shape young minds. Though there are significant contestations over the narrative from different quarters, the image of Nepali nation as propagated by the Panchayat continues to play a strong influencing role. The inability of both state and a significant section of Nepali society to embrace the idea of pluralism in the earnest sense today makes one feel looming shadow of Panchayat.

The idea of bikas

The other component that defined Panchayat period was the political usage of the term development popularly known as bikas. Following the tradition of the period, Nepali state in the 1960s embraced the idea of development which was often a garb for modernization process either initiated by the US or USSR. But Nepal seems to have followed the former to a large extent. The idea of bikas was well incorporated into the planning and policies of the state. King Mahendra followed by his son Birendra projected them as modernizing monarchs.

The governments under both Mahendra and Birendra enlarged bureaucracy and kick-started the infrastructural development programs in various districts of Nepal. By forwarding the idea of bikendrikaran (decentralization) and bikas (development) the Panchayat politics made its headway both inside and outside Nepal. In identifying and implementing the developmental requirements Planning and Development commissions were established. From the very beginning its developmental agendas were driven and influenced by the American ideals.

During the Cold War the Americans championed the idea of rural development as a firewall to prevent spread of communism. This became a catchword to majority of the state of Asia, Africa and Latin America.  Panchayat also imitated the modernization and rural development strategy and dichotomized the country within the notion of rural and urban. The entire plans and polices were formulated and executed in a similar length and breadth.  Many Americans participated as experts and volunteers within this developmental package and fostered their agendas and strategies by convincing the monarch.

Reaching out to all the important international development stakeholders became a hallmark of the Panchayati polity. This strategy was used to jostle one against the other by then ruling elites and gain succor for them and for the system. The imagination of bikas as an inclusive agenda at least in the rhetoric was the running motif of the Panchayati state. A careful observation of the development process then also points out the depoliticization of development. For instance, the image projected of women as an undifferentiated entity helped the state to bolster its narrative of taking everyone along. But in reality, the women as a category were being robbed off their role of agency. This was also true for other social and cultural categories where tokenism was norm of the day.

Tokenism was not only confined to development but also in the idea of governance. The state mechanism continued to pay lip service to the process of decentralization. In reality, however, much more centralizing apparatus was in the making. The multitude of layers created in the name of overseeing development inflated bureaucracy to the extent that it institutionalized rent seeking behavior in new ways. The collusion between the bureaucratic elite and the local powerfuls created a mechanism to ensure that the stated purpose of decentralization was in fact centered around the leaders of local mechanisms.

While many critiques can be offered on how Panchayat functioned, a notable point from today’s perspective is the attempt to create public institutions (which were privatized and sold out in the immediate aftermath of 1990 under the pressure exerted by World Bank) such as zonal hospitals, enterprises, major infrastructures and make some attempt in giving space to cottage industries.

Are there some reflections of these in the contemporary Nepali state? Yes. The political culture of Nepali state is deeply imbued in the shadows of its Panchayati past. The rent seeking attitude of the state mechanism (sometimes on its own or at times in conjunction with influential power brokers) is the continued black spot on the Nepali political culture. The unease of bureaucrats with the federalism is the remnant of the Panchayati centralization where everything takes place in the center and periphery has no existence whatsoever for them.

It is impossible to understand the present state-society relationship without exploring how it was shaped during Panchayat. Panchayat as a process has had overwhelming presence in Nepali psyche and reality. Our narrative often begins either in the aftermath of 1990 or 2006. But we cannot ignore 30 years of Panchayat. Even the current political rhetoric of prosperity has its roots in Panchayati narrative of bikas.

It’s a long way for Nepali women to freely choose their partners as they want, when they want and how... Read More...