Nepathya scores goal at the ANFA Technical Institute in Butwal 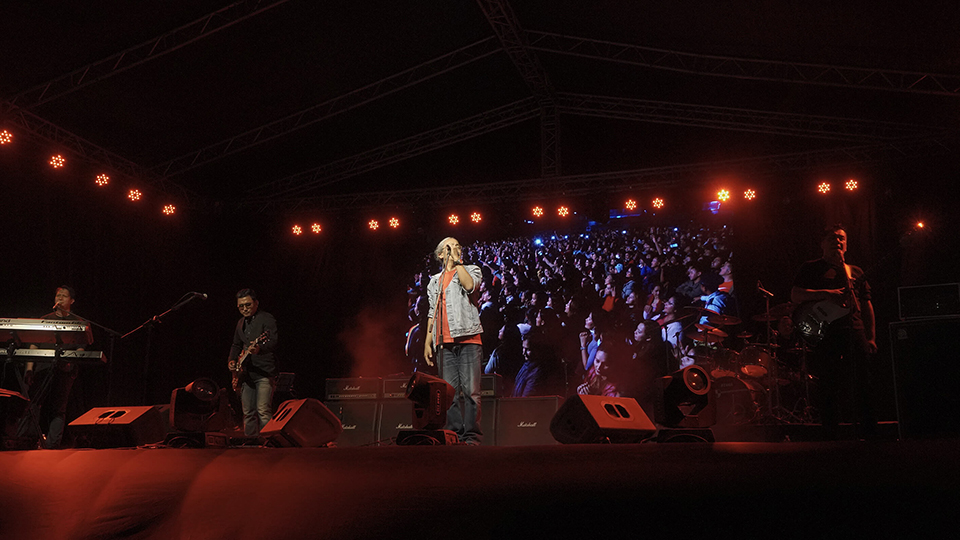 The overwhelming response from the audience while performing these numbers had energized the mood at the local Butwal stadium.

As the band was playing this song, the generator that powered the sound system went off. The lights were on but the sound went silent. It took about 2 minutes for the technicians to fix the technical glitch. Those 2 minutes became the most magical moment of the entire concert. When the electric power gave up, the unified audience chorus of over 4000 in attendance compensated the vocal and they kept on singing till the power got back.

Among the 4000 were also the young students of the ANFA technical institute. Nepathya has performed in Butwal earlier as well specially during the conflict period urging for peace and stability. This time, the band was performing in Butwal after almost two years.

Like the last time, the concert in Butwal was organized by Yes Nepal, a local event management group.

After Butwal, Nepathya’s concert entourage will now travel far-west to Dhangadi, where the show will be locally hosted by Dataz Event Management and The Mansion Nepal.

Dhangadi show is scheduled for November 29 at Dhangadi Stadium.

Nepathya to tour the nation

Nepathya is set to embark on a ‘Four stop nationwide tour’ during the last two weeks of November. ... Read More...

KATHMANDU, Feb 19: Famous Nepali band Nepathya is all set to give its next concert in Butwal. ... Read More...

SPs of Dhanusha and Sarlahi transferred
4 hours ago

I have no involvement in making Hamal a minister: Chief Justice Rana
38 minutes ago