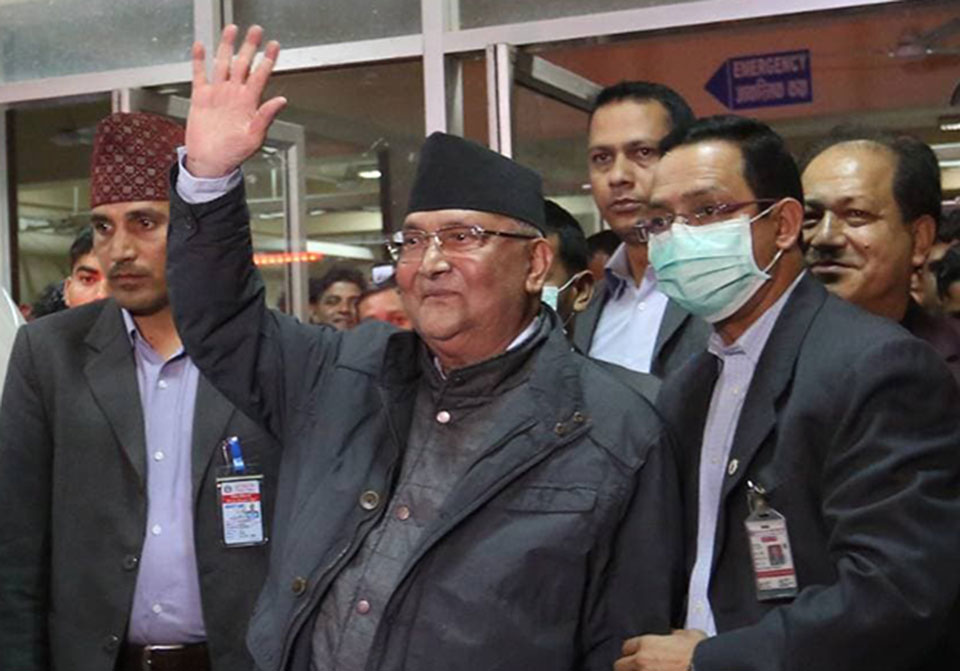 Docs advise rest for a week

The hospital discharged the prime minister following improvement in his condition.

Oli was admitted to the CCU at Manmohan Cardiothoracic Vascular and Transplant Centre, Maharajgunj on Monday after he developed a chest infection and fever. His blood sugar level was found to be out of balance when he was admitted.

Following his discharge from hospital, PM Oli is scheduled to go to London together with Pushpa Kamal Dahal to attend a function there. Doctors, however, have suggested Oli not to rush into anything for a couple of days. "He should rest for a week," Dr Sayami said. "We have recommended to him not to go outside Kathmandu Valley or among crowds for a week," he added.

A team of doctors including Dr Sayami, who is a cardiologist, renal specialist Dr Divya Singh and chest specialist Dr Santa Kumar Das, was involved in the treatment of the ailing prime minister. According to them, his condition is stable and improving rapidly .

The last dose of intravenous antibiotics injection was administered to Oli at 6 pm on Friday and he will be taking all his medicines orally from tomorrow, doctors said.

On October 29, the hospital said Oli should be hospitalized for at least three days. He has been discharged after five days.