PM Oli to be busy today in his home district 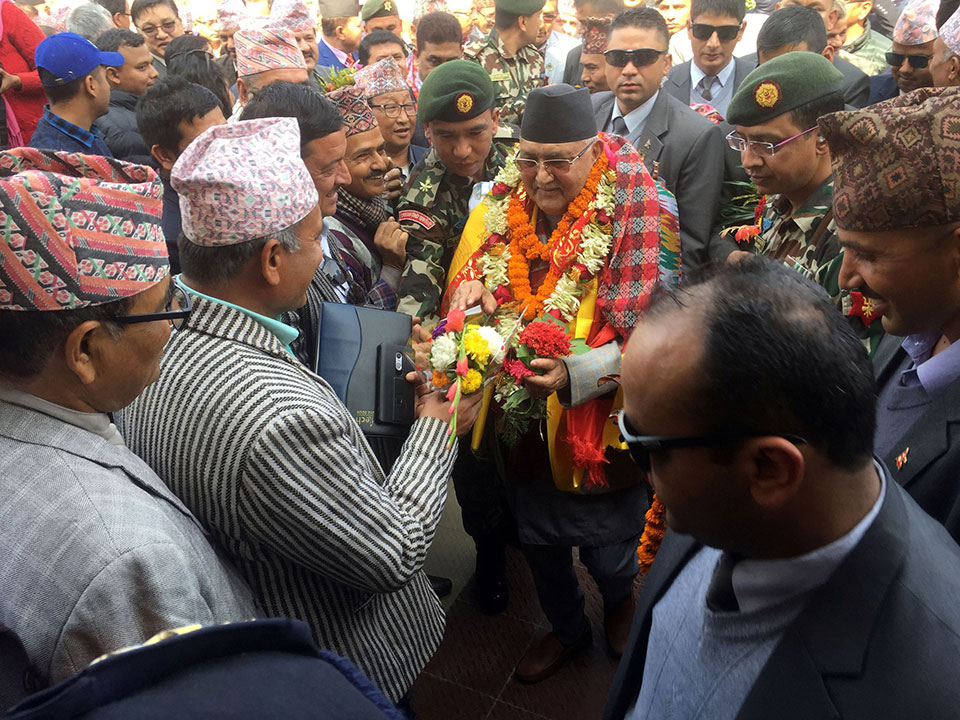 BHADRAPUR, Jan 31: Prime Minister KP Sharma Oli has arrived in his home district, Jhapa, today. Prime Minister Oli is scheduled to inaugurate the Child Festival at Damak to be organised from today.

PM Oli would return Kathmandu after inaugurating the night flight at Chandragadhi airport to be started from today, added Press Coordinator Adhikari.

The Buddha Air, which would provide regular night flight from February 10, has conducted successful test-flight to Chandragadhi on Wednesday night.