The survey was carried out from February 21 to March 7, covering 5,082 households from all seven provinces of Nepal. The survey included demographic representation on the basis of caste and ethnicity, educational and occupational status,  household income, age group as well as rural, city and urban population. 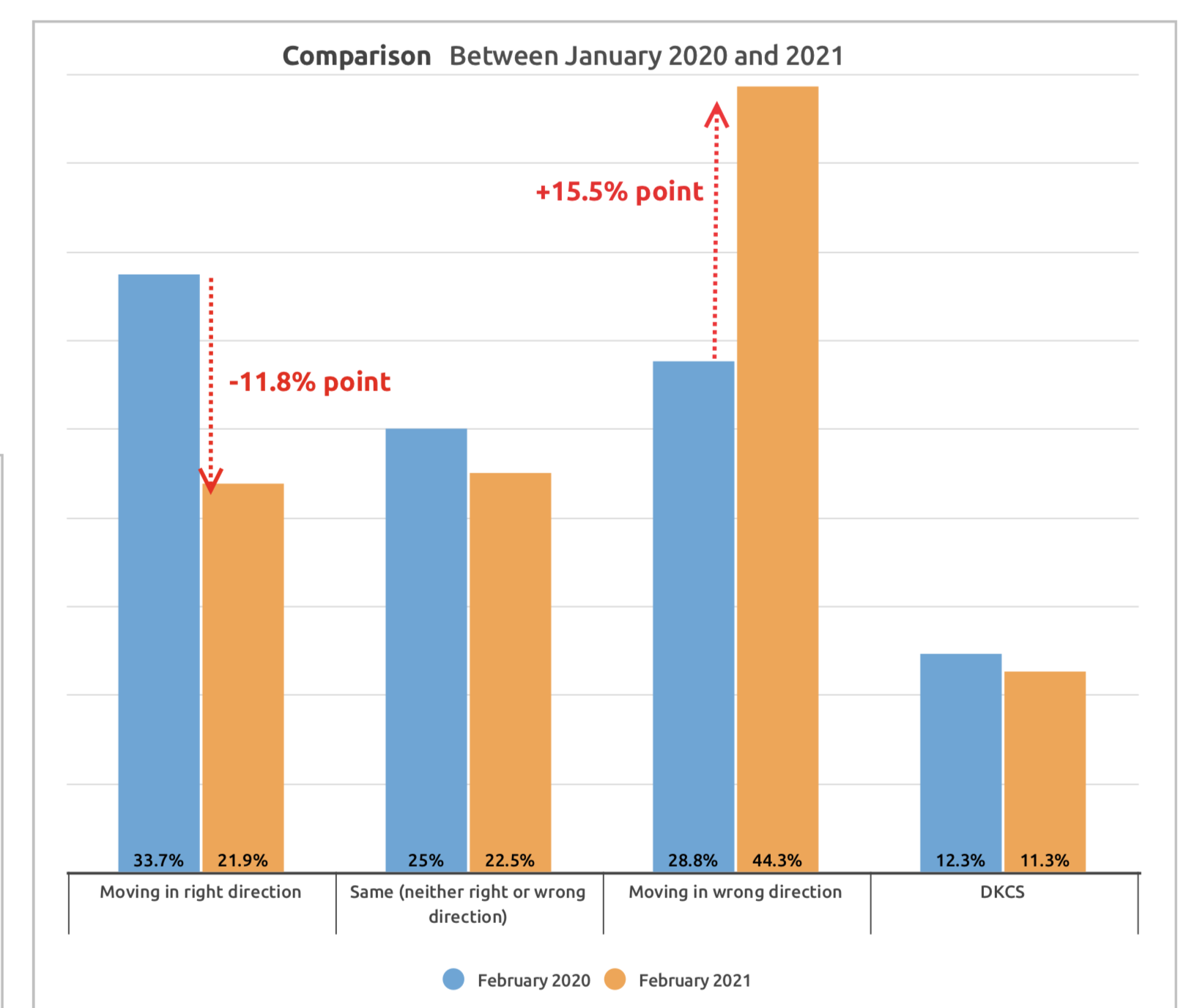 27.4 percent of Lumbini Province residents say that the country is heading toward a positive direction, against the national average of 21.9 percent.

Educated people are more reluctant to consider that the nation is on the right path. A total of 61.1 percent of people who have an undergraduate degree or above think that the country is on the wrong path, while 26.4 percent of the illiterate population agreed to this.

On analyzing the attributing factors for the country’s wrong political direction, the survey found that  49.3 % of people  believed that the conflict within political parties is responsible, followed by  36.8 percent of people who cited  political instability as another major cause.  Also, 27.4 percent believe it is weak leadership to blame for, while 23.4 percent believe it is corruption, and 20.6 percent of people cited wrong policies.

The study, conducted by Sharecast Nepal, showed that 55.8 percent of people consider unemployment as their top priority policy issue, followed by poverty and shortage (32.3%), price hike (23.4%), corruption (19.5 %) and political instability(15.4 %), among others. The same study has highlighted the need for the federal government to work on creating employment, poverty alleviation, road construction and corruption control as key policy priorities. 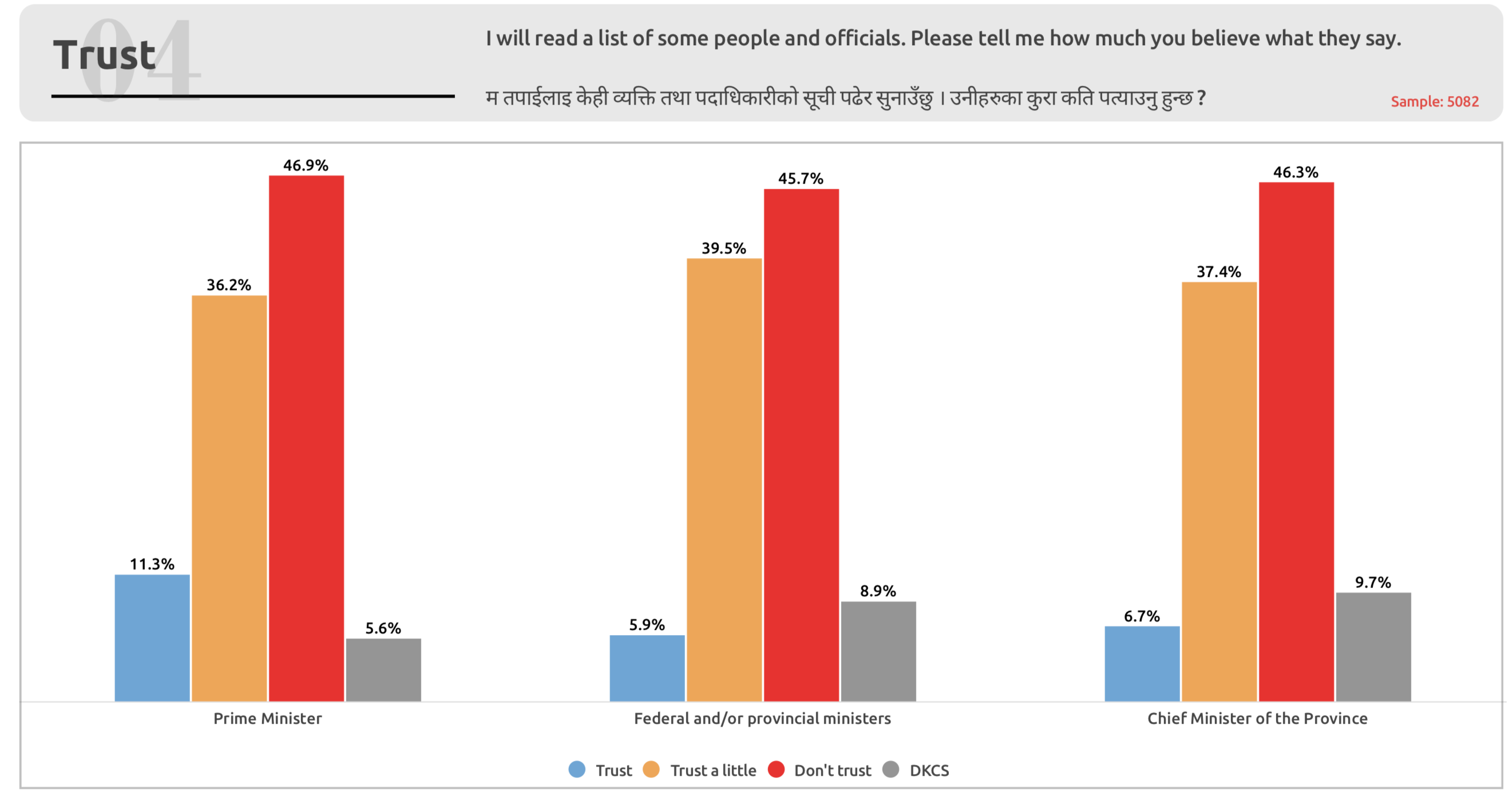 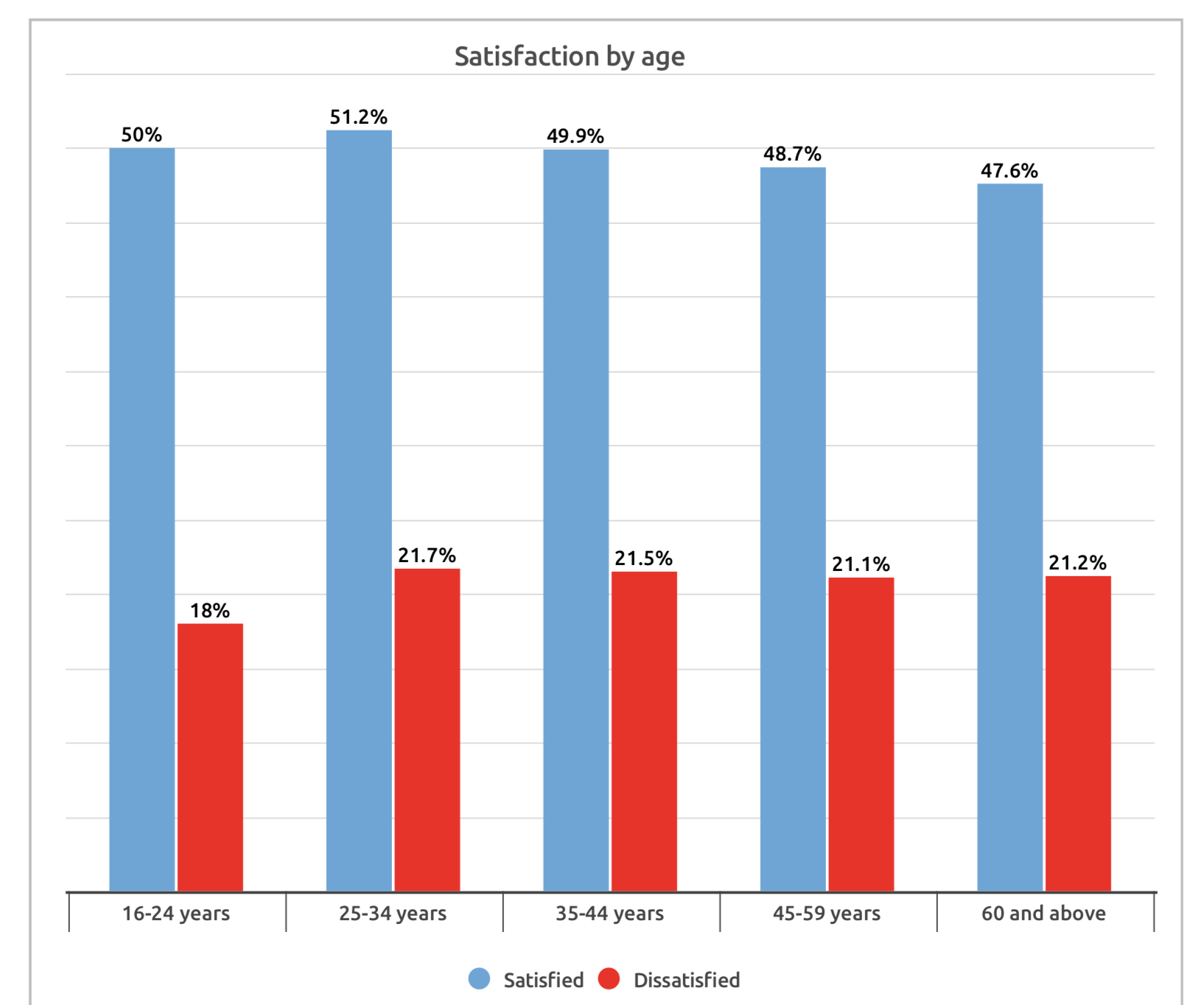 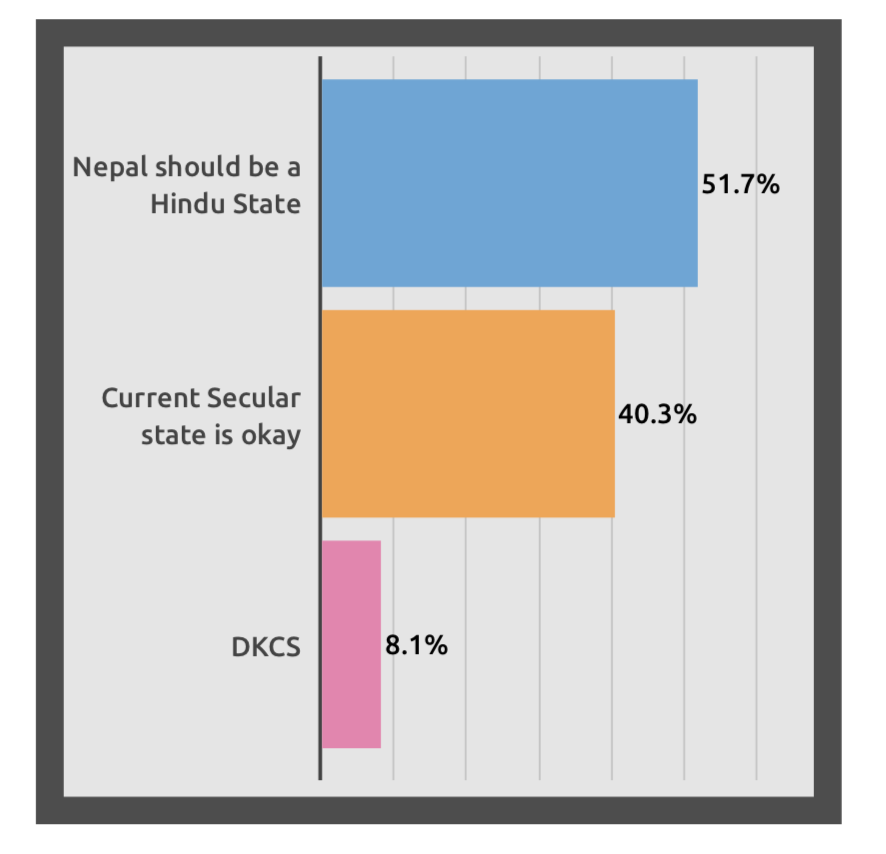 A total of 63 % of people say that they are not interested in Nepali politics. The survey has found that 51.7 percent of the people are in favor of declaring Nepal as a Hindu state while 40.3 percent are okay with the current secular nature of the country.

I am not in favor of Hindu state: Koirala

More than 50 people missing in Melamchi flood
23 hours ago

Nepse on a freefall of 52.41 points following Sebon’s caution notice
15 hours ago
Flood takes away under construction bridge
9 minutes ago

More than 50 people missing in Melamchi flood
23 hours ago