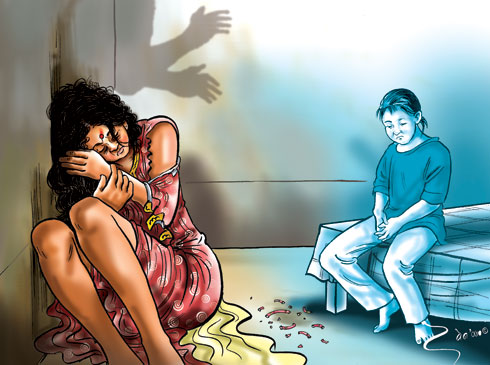 DANG, Nov 17: The incidents of rape cases have gone up at an alarming rate in the last 10 months in the district.

According to a report revealed by the Informal Service Sector Center (INSEC), out of 151 incidents related to human rights violations, 51 rape incidents took place in the last ten months.

Similarly, seven people were murdered while three women were harassed for 'practicing witchcraft'. As many as 18 cases were related to untouchability, torture and illegal custody, among others.

A total of 170 people were victimized in the 151 incidents of human rights violations. Among them, 29 were males while 141 were females (44 girls and 97 women).

Among those incidents, eights cases were related to incest in which the girls were raped by their own father, grand-father, sibling, maternal uncle, brother-in-law and step-father according to the report.

Similarly, women and girls were found to have been raped by their neighbors, friends and near and dear ones.