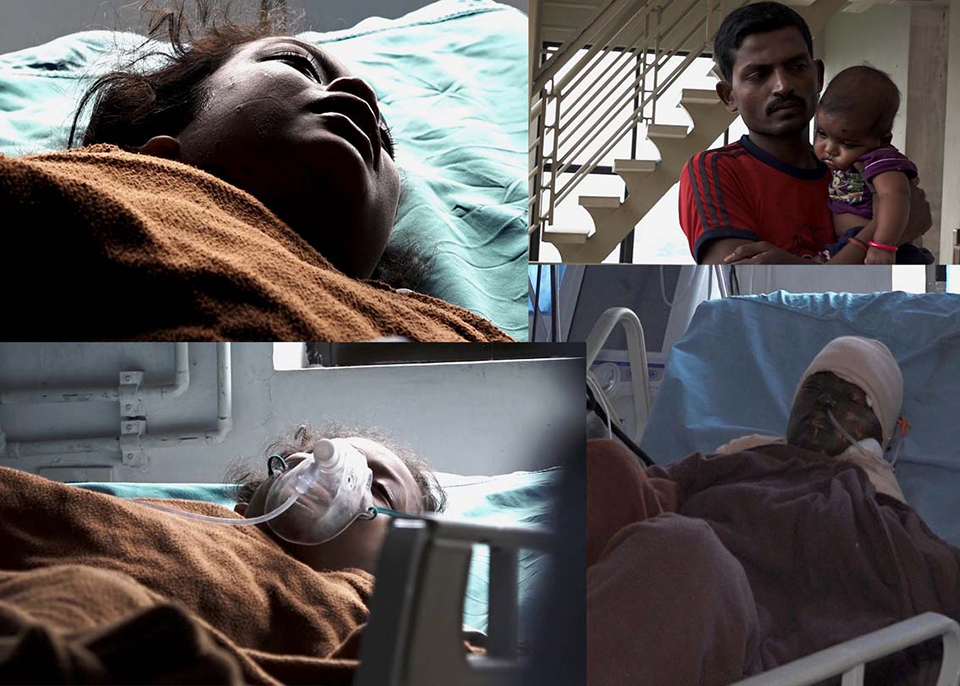 KATHMANDU, Sept 16: Two sisters from Chandra Municipality-6, Rautahat., victimized by the acid attack are in mayhem in Kirtipur hospital due to lack of money for treatment.

Samjhana Das, 18 and Sushma Das, 16 were attacked with acid during their sleep on the night of Teej, September 11. The attacker has not been found yet.

According to Dr. Surendra Basnet, who is attending the victims, the attack has damaged 40 percent of Samjhana's body including face and head. While the damage is less in Sushma. According to Dr. Basnet, the health condition of Samjhana is said to be in critical.

The victims' father Jadav Lal Das, a common man, has appealed for financial support for their treatment. Das, who had taken financial debt for the treatment till now said, "I have heard the government have assisted financially in cases such this in the past, and I humbly urged to save my daughters' lives. "

KATHMANDU, Sept 24: Samjhana Das, 18, one of the two sisters who was undergoing treatment after an acid attack, has... Read More...

RAUTAHAT, Nov 19: A team of Rautahat-based Armed Police Force has seized a truck full of onions which were being illegally... Read More...