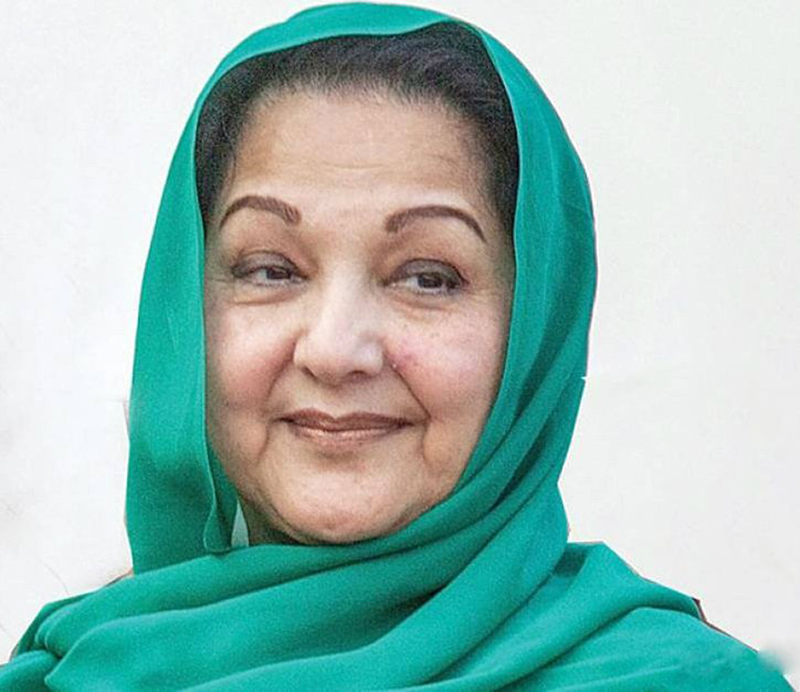 Kulsoom, who was under treatment at London’s Harley Street Clinic since June 2014, was placed on life support earlier Tuesday after her health deteriorated.

The health of the 68-year-old former first lady began deteriorating Monday night as she had developed a lung problem again, the channel said.

Nawaz Sharif, his daughter Maryam and son-in-law Captain (retd) Muhammad Safdar are currently serving jail terms in Adiala Jail in Rawalpindi after being convicted by an accountability court in a corruption case in July.

Prime Minister Imran Khan has expressed his condolence on the death of Kulsoom.

In a statement, the prime minister said all facilities will be provided to the family and heirs of Kulsoom as per law.

The prime minister has directed the Pakistan High Commission in London to assist in provision of all necessary facilities to the family of the deceased, the statement said.

The former first lady was diagnosed with lymphoma (throat) cancer in August last and had been in London since, where she underwent multiple surgeries and at least five chemotherapy sessions.

She was placed on a ventilator in June following a cardiac arrest. Her family reported a slight improvement in her condition on July 12, a day before her husband Sharif and Maryam were set to return to Pakistan after the accountability court sentenced them to jail.