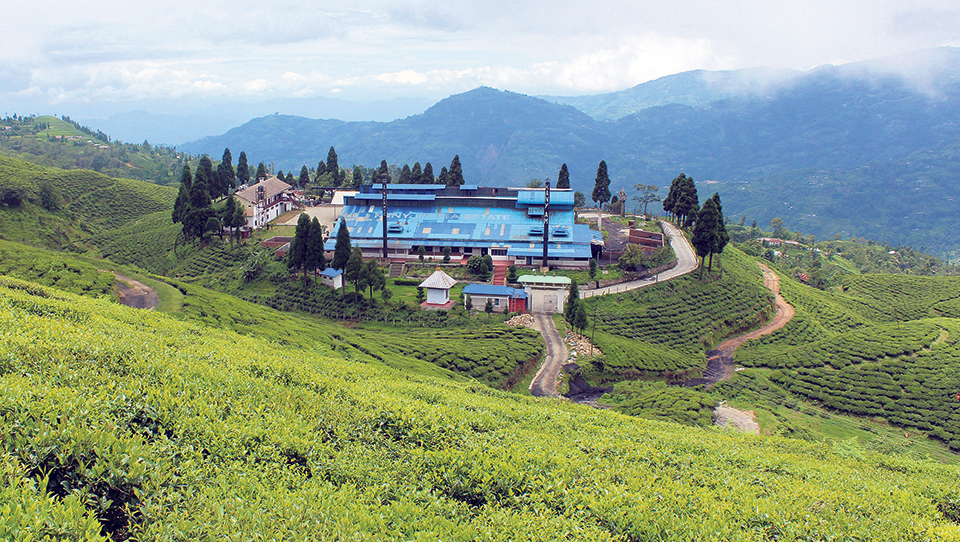 ILAM, Aug 28: Though the government’s minimum wage for workers came into effect from the month of Shrawan (mid-July to mid-August), tea workers were deprived of the increased wage in the first month of Fiscal Year 2018/19.

The government has fixed Rs 385 as daily wage of tea workers. They get Rs 51 per hour as overtime allowance. Similarly, daily wage laborers working in tea processing plants get an additional Rs 42 per day, according to the Gazette.

Tribeni Sanghai Group, which has taken seven tea gardens of the government in Ilam and Jhapa on lease, has not implemented the new minimum wage. Subash Sanghai, chairman of Tribeni Sanghai Group, said that tea industries were not in a position to pay increased pay to workers. “As most of the industries are operating in loss, they cannot bear this additional liability,” he added.

Few industries were preparing to give increased pay to the workers. However, they have now joined hands with others and said that they won’t be able to give a pay hike to workers.

Punam Rai, chairman of Suryadoya Tea Producers’ Association, said that the tea industry operators were holding discussion on minimum wage among themselves as well as the concerned government agency. “We are holding needful discussions now,” Rai said, adding that they will reach to a logical conclusion on the issue very soon.

“We cannot implement the new pay structure as it is. Tea industries are paying workers as per the old wage structure until consensus on the issue is reached with the concerned government agency,” Rai said.

Bishnu Bhattarai, a leader of a trade union of tea workers, said that the hike in minimum wage meant nothing for the workers. “Laborers were paid as per the old wage structure in the month of Shrawan. Government-owned tea estates aren’t even paying wage structure agreed two years ago,” added Bhattarai.

Two years ago, the government set daily wage of workers at tea gardens at Rs 278 and processing plants at Rs 308. “Many tea industries have not implemented even this pay structure,” Umesh Regmi, another leader of the trade union, said. He added that workers of processing plants and tea gardens were receiving only Rs 279 and Rs 265 per day, respectively.

Regmi warned that workers might have to resort to protest if they are not paid minimum wage as announced by the government.

Meanwhile, tea workers organized a gathering at Fikkal and decided to make an appeal to the concerned local units to implement the minimum wage fixed by the government.

More than 3 million people are directly or indirectly employed at tea gardens and industries across the country. Only 3,244 of them are hired on permanent basis, according to a recent survey conducted jointly by the Nepal Tea and Coffee Development Board and Central Bureau of Statistics.

KATHMANDU, Jan 24: A petition has been filed at the Constitutional Bench of the Supreme Court seeking the examination of... Read More...

BANIYA, Jhapa, Sept 3:Tea estate workers in Jhapa have been deprived of the minimum pay determined by the government. They warned of... Read More...