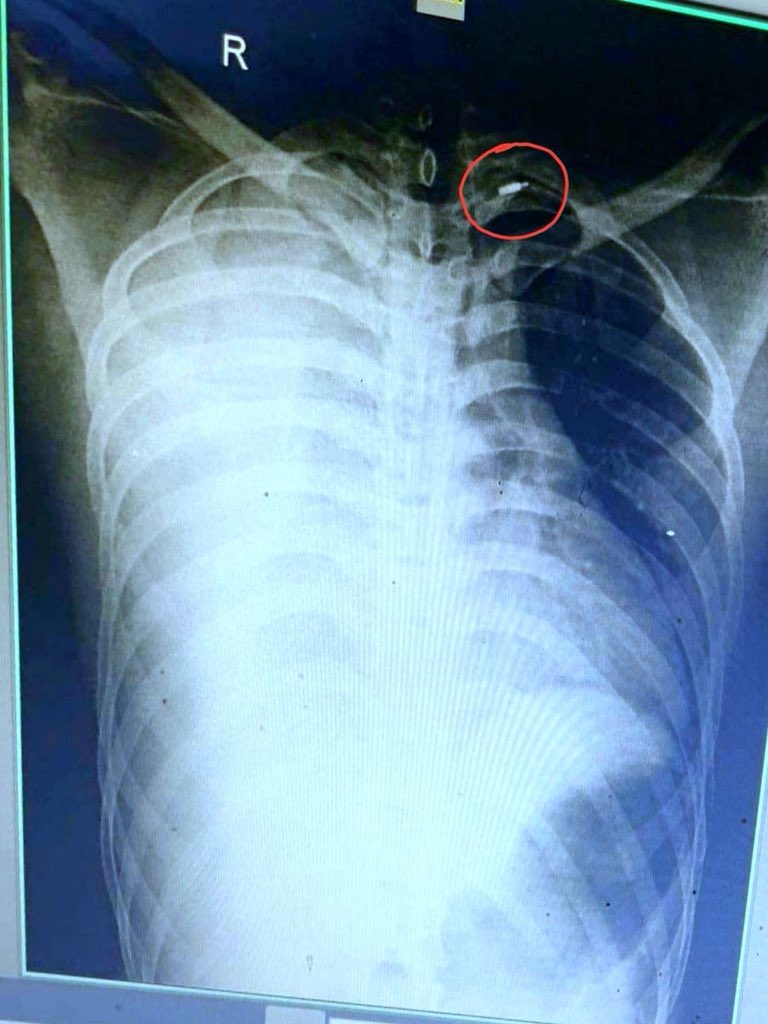 KATHMANDU, July 20: Issuing a press release, the Nepal Police’s headquarter dismissed “rumors” that a police constable was injured by bullet at Jumla yesterday. However, doctors and radiologists argue otherwise.

SSP Shailesh Thapa Chettri, spokesperson of Nepal Police said that they were appalled with how the rumor spread. “When a bullet is fired, only the cap is released and that is smaller than what is shown in the X-ray. Sending the whole bullet out of the gun’s barrel is impossible in shooting and it doesn’t happen,” Chettri said.

However, a senior radiologist at National Trauma Center said that it was clearly contrary to the police’s version for handful of reasons. “First, the cylindrical metallic object is in the upper left side of chest. But major damage is on right lung (there is blood inside it). So it is projectile bullet.” All the sources opted to remain anonymous.

“The X-ray image on Twitter is 100% gunshot injury. However, I cannot confirm whether or not the X-ray belongs to the injured police personnel.”  He rebuked police’s version. “There is no such thing like half or full bullet. It has injured both lungs and has travelled about one and half foot inside the chest, either injuring the patient critically or killing him.”

Another doctor echoed the same. “It could be right pleural effusion,” she said. Pleural effusion refers to water on the lungs. It is the build-up of excess fluid between the layers of the pleura outside the lungs. “If there was no effusion, there would be no white part as shown in the X-ray. In X-ray, lungs are shown in black, just like a small part on the right side.”

A doctor from Karnali Academy of Health Sciences confirmed that the X-ray was of the police constable who was injured in yesterday’s incident at Jumla.

To disperse protestors at Jumla yesterday, the district police office had baton charged the protestors. The Nepal Police Headquarter said that constable Kamal Acharya’s condition was stable and that he was injured with shrapnel of glasses and nails attached in logs hit him on his chest. 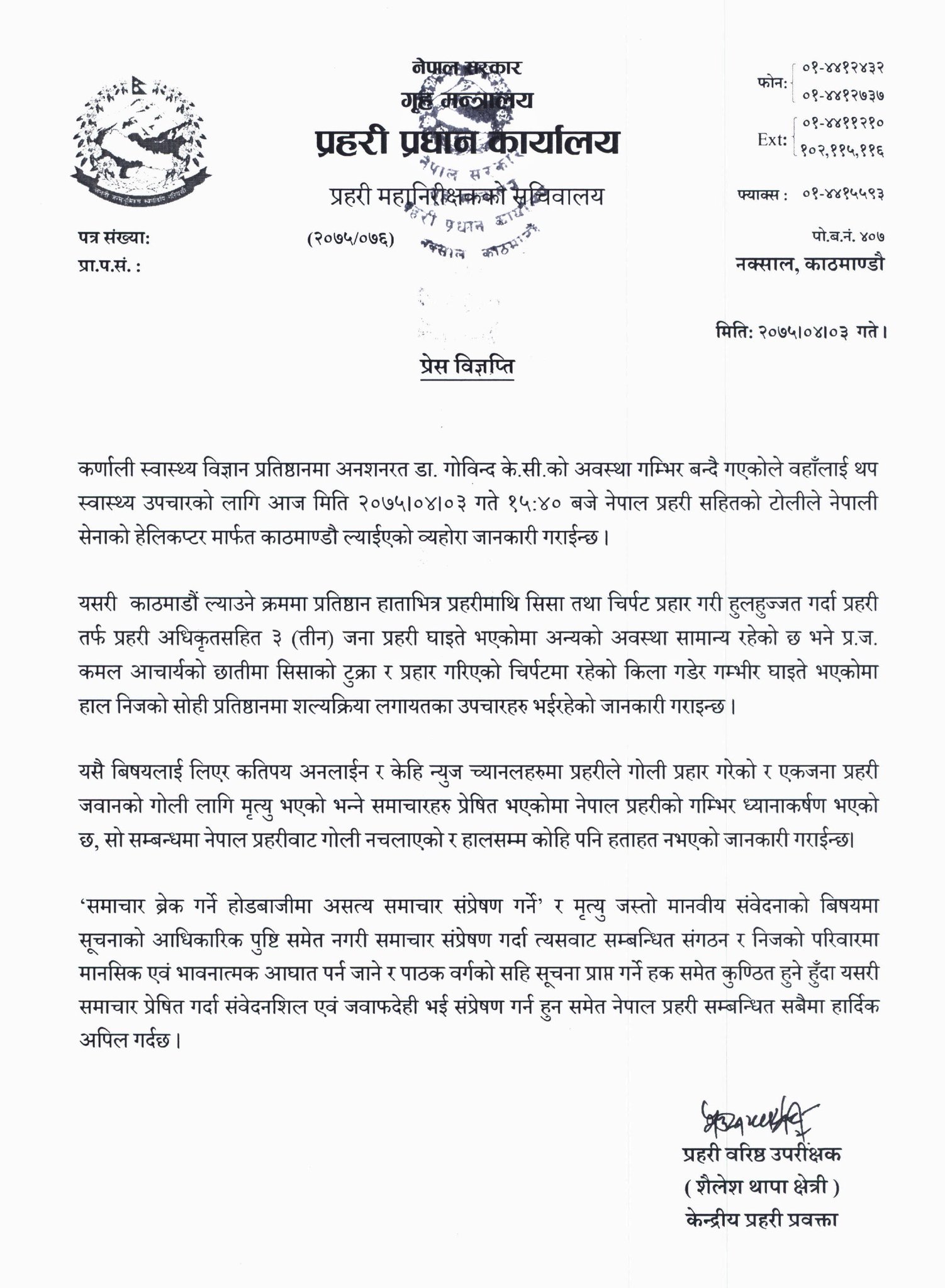 KATHMANDU, April 4: Hundreds of quintals of bean and buckwheat procured from Jumla are lying unsold in warehouse of Nepal Food... Read More...