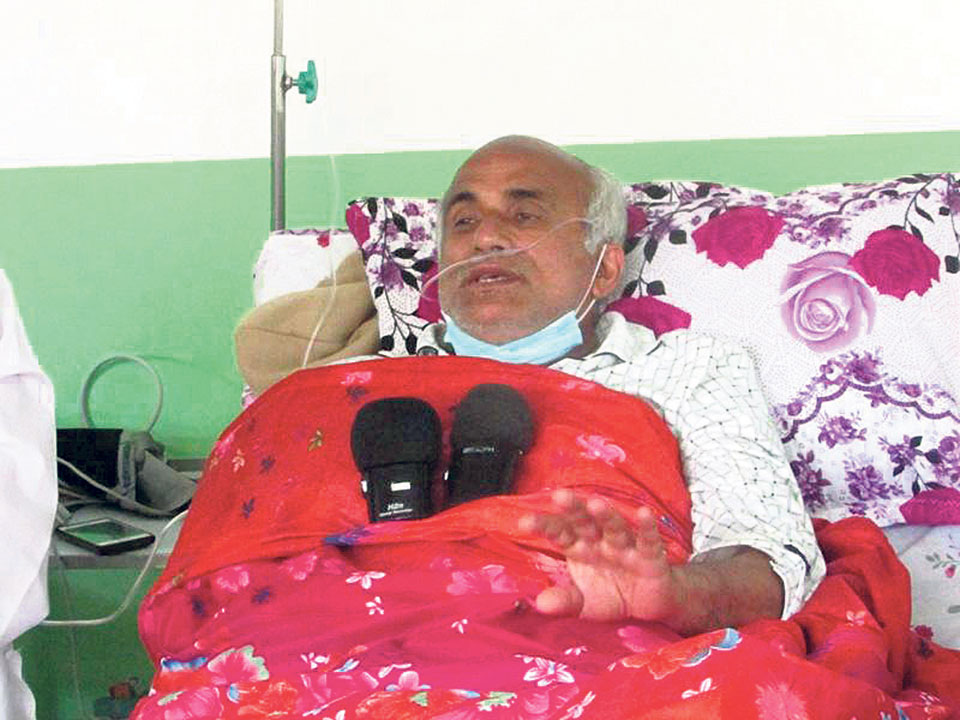 KATHMANDU, July 16: Nepali Congress (NC) President Sher Bahadur Deuba has drawn the attention of government to be serious towards the demands put forth by Dr Govinda KC.

In a press statement released by NC here today, leader Deuba said that the deteriorating health of Dr KC was a cause for concern for him and his party and added that turning deaf ears to demands of Dr KC was the matter of concern.

Dr KC has been staging hunger strike in Jumla district for 17 days for the 15th times. His demands include the reform of medical education and health sector in the country.

It is the duty of the government to take initiatives to hold a dialogue with the protesting surgeon and to save his life by addressing his demands, reads the statement.

Deuba, in the statement, said, "The government led by me had issued Medical Education Bill through an Ordinance in a call for reforming health and medical education sector. It is my conclusion that the issue could be resolved logically by presenting the Medical Education Bill in line with the one issued during the NC-led government which incorporated the recommendations furnished by the Mathema Commission and experts."

Deuba also asserted that the lack of prompt action from the government's side towards addressing Dr KC's demands had emanated doubt on government's intention in creating unfavorable situation for Dr KC.

He said that the government should take all responsibility if any unfavorable incidents related to Dr KC occur.

Madhesh Pradesh: Cabinet expansion delayed amid differences among parties
21 minutes ago
Bill on money laundering to be amended through fast track process
51 minutes ago