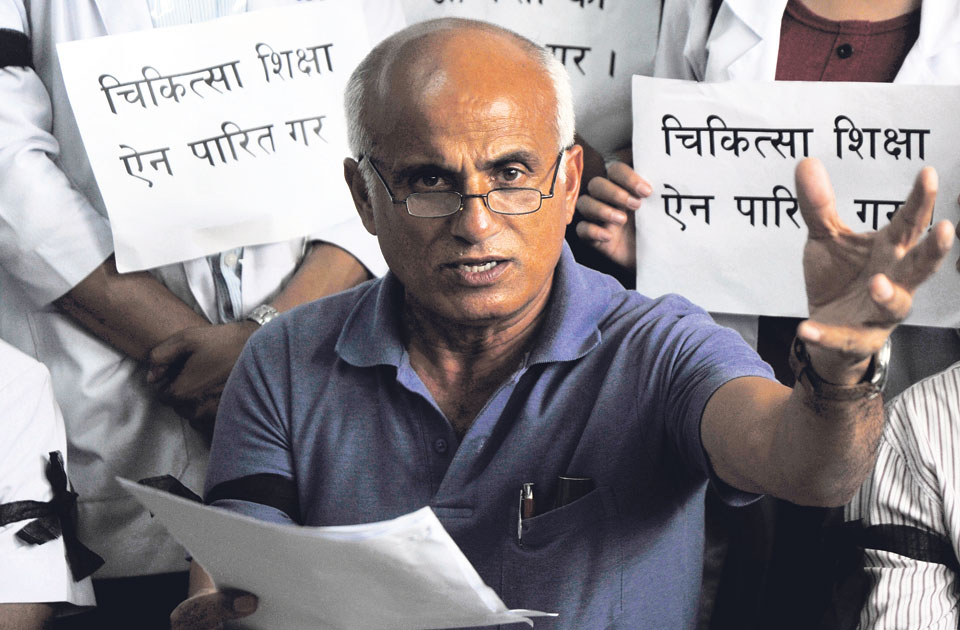 Dr KC, a professor at the Institute of Medicine, has demanded the government bring Medical Education Act, slash fees of postgraduate studies in medicine from Rs 3.1 million to Rs 2.2 million, revoke Tribhuvan University's decision regarding medical education, appoint four assistant deans of IOM and campus chief immediately and probe into the irregularities of TU officials and take action against them in his 7-point demand. The TU appointed campus chief and deans of IOM on Monday.

A press statement issued on Tuesday by TI Nepal President Shree Hari Aryal says that the civil society had expressed solidarity with Dr KC's demands in all of the strikes staged by Dr KC in the past.

“Dr KC has been forced to stage hunger strike due to the negligence of the concerned authorities to address his simple demands,” said Aryal in the statement. “It is a gross negligence on part of the government. The government should abide by its past commitments made several times but it has failed to implement them,” he said.

“So the government should immediately address the demands for the sake of good governance and rule of law before his health condition deteriorates.”

KATHMANDU, Aug 4: Transparency International and its chapter in Nepal have urged the government to take action to end the hunger... Read More...