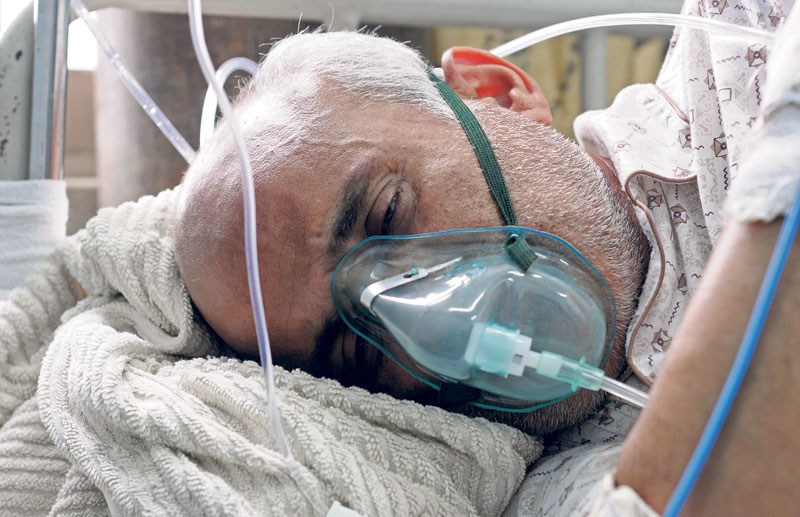 Dr Govinda KC on his fast-unto-death on the eighth day of his hunger strike, on the premises of Tribhuvan University Teaching Hospital on Sunday. (Keshab Thoker/Republica)

KATHMANDU, July 18: The Social Justice and Human Rights Committee under the Legislature-Parliament today issued instructions to the government to abide by the past agreements reached with senior orthopedic surgeon, Dr Govinda KC and protect his life.

Dr KC has been staging fast-unto-death with a host of demands since July 10 at the premises of Tribhuvan University Teaching Hospital (TUTH) in Mahargunj.

The Committee has noted Dr KC's deteriorating health condition and drawn the attention of the government towards a four-point demand he has broached.

Senior orthopedic surgeon, Dr KC has demanded passage of some provisions of the Medical Education Act through the ongoing session of the parliament, implementation of the Mathema Commission report and fulfillment of the agreements reached earlier.

The Committee expressed its solidarity with the doctor's demands while simultaneously urging the government to address it.

Talking to media person after the meeting, Committee Chairman Shrestha said the government has been repeated called upon to implement the Mathema Commission report and end the defects and decadence plaguing the medical sector of the country.

Dr KC told the delegation that he would not quit his hunger strike until the demands are met, said Shrestha. RSS