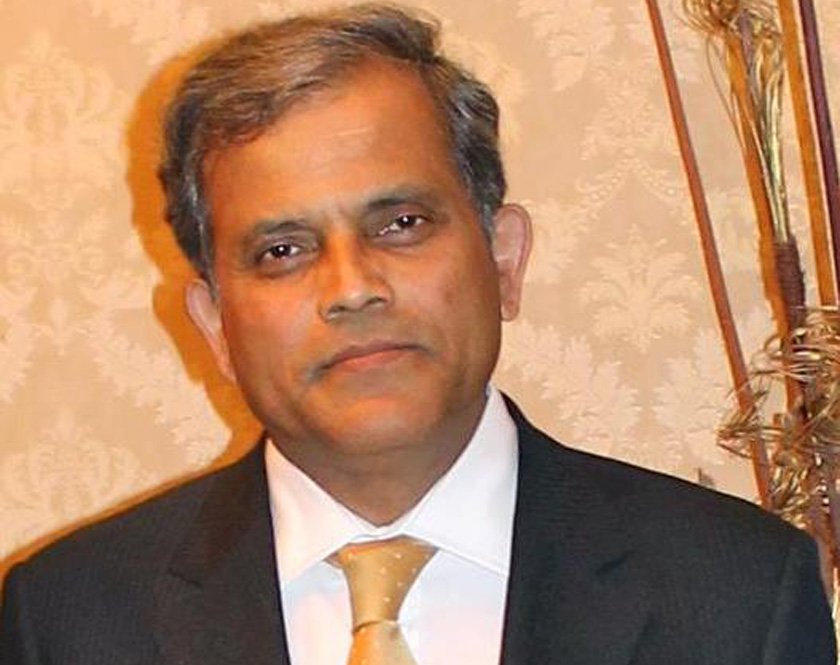 KATHMANDU, June 19: ​Dr Upendra Devkota, a towering figure in the field of medicine in Nepal who was instrumental in institutionalizing neurosurgery as a distinct medical discipline in the country, died on Monday at Neuro Hospital, Bansbari. He was 65.

Dr Devkota, who was diagnosed as suffering from bile duct cancer (Cholangiocarcinoma), was undergoing medical treatment at the Bansbari hospital since May. He had returned after unsuccessful medical treatment for five months in London. The death was confirmed by the hospital, which is also known as the National Institute of Neurological and Allied Sciences.

According to a statement issued by the Bansbari hospital, Dr Devkota breathed his last at 5:35 pm, Monday at the hospital, which was founded by Dr Devkota himself in 2006.

After he expressed a desire to spend his remaining days in his home country, the doctor was flown to Kathmandu from London in May. In London, he had undergone treatment at King's College Hospital.

Dr Devkota is survived by his wife Dr Madhu and three daughters--Megha, Basudha and Manjari. According to the hospital statement, the spouse and daughters will perform the funeral rites, which will conclude in seven days.

Born in Panditgaun of Gorkha district, Dr Devkota founded the first neurological trauma unit in Nepal, at Bir Hospital. He had returned to Nepal in 1989 after advanced training in neurosurgery in the UK, and he initiated neurosurgery at Bir, the oldest public hospital of Nepal. He played a crucial role in introducing the modern technology required for advanced neurosurgery there.

In recognition of his outstanding contribution to neurosurgery, Dr Devkota was once appointed minister for health, science and technology during the royal regime. Later, he set up his own neuro hospital, and that was where he would breathe his last.

On June 9, the ailing doctor was taken by helicopter to his birthplace in Gorkha as per his wishes. He had expressed a wish to visit his birthplace and drink from the Sisnepani Dhara (a stone water spout) located near his home at Panditgaun. His family chartered the helicopter .

According to the Bansbari hospital, the doctor's mortal remains will be kept at the hospital premises on Tuesday from 8 am to 1 pm for paying last respects. The body will then be taken to Pashupati Aryaghat via Narayangopal Chowk, Chabahil and Gaushala for the last rites as per Hindu tradition. The cremation will take place at the electric crematorium.