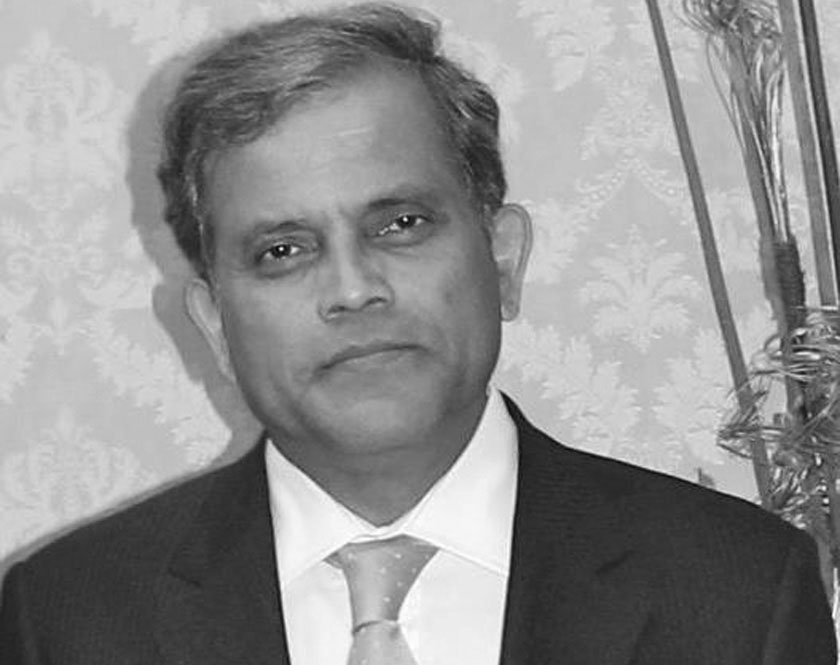 Devkota had returned home to spend the rest of his life after his treatment was not possible in Britain. He had gone to Britain on November 21.

When he underwent biopsy and ultrasound at King’s College Hospital he was diagnosed with bile duct cancer (Kolingeo carcinoma).

He was undergoing treatment at Neuro  Hospital in Bansbari which had been established under his leadership.

At the initial phase, he was treated for gastritis. After the reports of CT scanning and MRI, Devkota himself had said that he was suffering from obstructive jaundice.

As his condition got worse, most of his body organs had failed to function in the last days of his life.

Devkota had made a significant contribution to the field of neuro surgery. Credit of establishing the Department of Neuro Surgery goes to Devkota. He had also served for 25 years at Bir Hospital.

He is survived by his wife and three daughters.

KATHMANDU, June 19: ​Dr Upendra Devkota, a towering figure in the field of medicine in Nepal who was instrumental in institutionalizing... Read More...