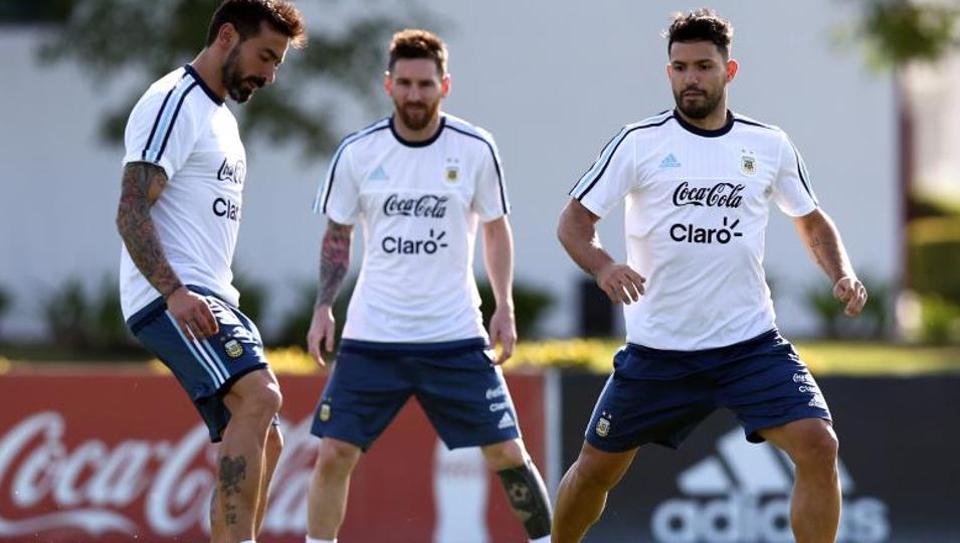 MOSCOW, June 16: Argentina coach Jorge Sampaoli took the surprising decision to reveal his starting line-up for his side's World Cup Group D opener against Iceland a day before the match.

Sergio Aguero was selected ahead of Gonzalo Higuain to lead the line.

Sampaoli, who has a reputation for unorthodox formations, seems to have settled on a 4-2-3-1 shape with Lionel Messi just behind Aguero and two holding midfielders in Lucas Biglia and veteran Javier Mascherano.

Goalkeeper Willy Caballero has been given the nod, with Nicolas Otamendi and Marcos Rojo named as the two centre backs.

Sampaoli, who has been training openly with this line-up at its base in Bronnitsy, near Moscow, said he saw no reason to hide his selction.

"The team is very consolidated behind an idea and very well prepared," he said at the Spartak Stadium.

"Tomorrow I expect a determined Argentina, convinced that it has a lot of values to consider that it is still a football power".

For their part Iceland coach Heimir Hallgrimssonare said his side was fit and ready for "the biggest game in Icelandic football" against the two-time world champions.

The World Cup debutants are hoping to emulate their EURO 2016 exploits when they reached the quarter-finals in France.

"Our goal is to progress from the group," Hallgrimssonare said.

"If we do that we have left behind two really good teams and then we shouldn't fear anyone after that."

On how his team would deal with Messi, the coach said: "We will do it together, we will try to do it as a team. It would be unfair to give one player the role of marking Messi."

"I don't think this should be his last World Cup," Sampaoli said of Messi, who turns 31 on June 24.

"His skills and the professional way he plays means he will decide when he plays or not.

"He is a genius and plays like a genius so I don't think it will be his last World Cup."

For his part Messi has left open the question of a final World Cup.

"They ask me if it will be my last World Cup and I do not know," he said in a column published Friday in the Argentinian daily La Nation.

"I do not think about it now, it will surely depend on how we are doing this month, how we end up in the tournament."

Argentina's Sampaoli to start Aguero over Higuain against Iceland