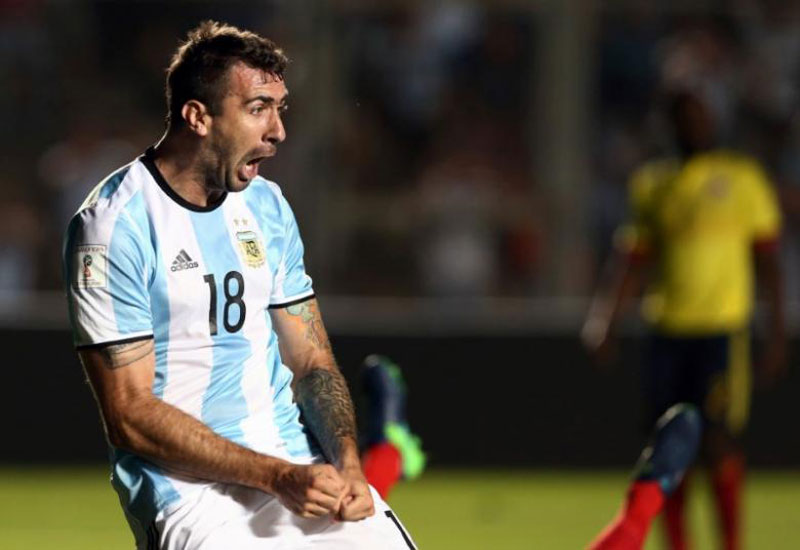 Higuain was cautioned in Thursday's 1-0 home win over Chile and is suspended for the Bolivia match, along with fellow regulars Javier Mascherano, Lucas Biglia and Nicolas Otamendi, all of whom picked up yellow cards.

Guido Pizzaro and Ever Banega will start in midfield for Biglia and Mascherano, while forward Sergio Aguero drops out.

Pratto will start up front alongside Lionel Messi, Bauza said on Monday, before declaring his side will rein in their usual dynamism at Bolivia's high altitude stadium.

"We want to win in La Paz but we all know that it's not easy, the altitude is a constraint," Bauza told reporters. "We have to be intelligent to run the game and not charge from box to box, which would be madness."

Argentina have struggled in the qualifiers so far and have failed to win their last three away games.

The victory over Chile gave them a much-needed boost and lifted them into third place in the 10-team group with 22 points, while Bolivia are second-bottom with just seven.

The top four teams from the South American group qualify automatically for the 2018 finals in Russia and the fifth-placed side go into a playoff with a team from Oceania.