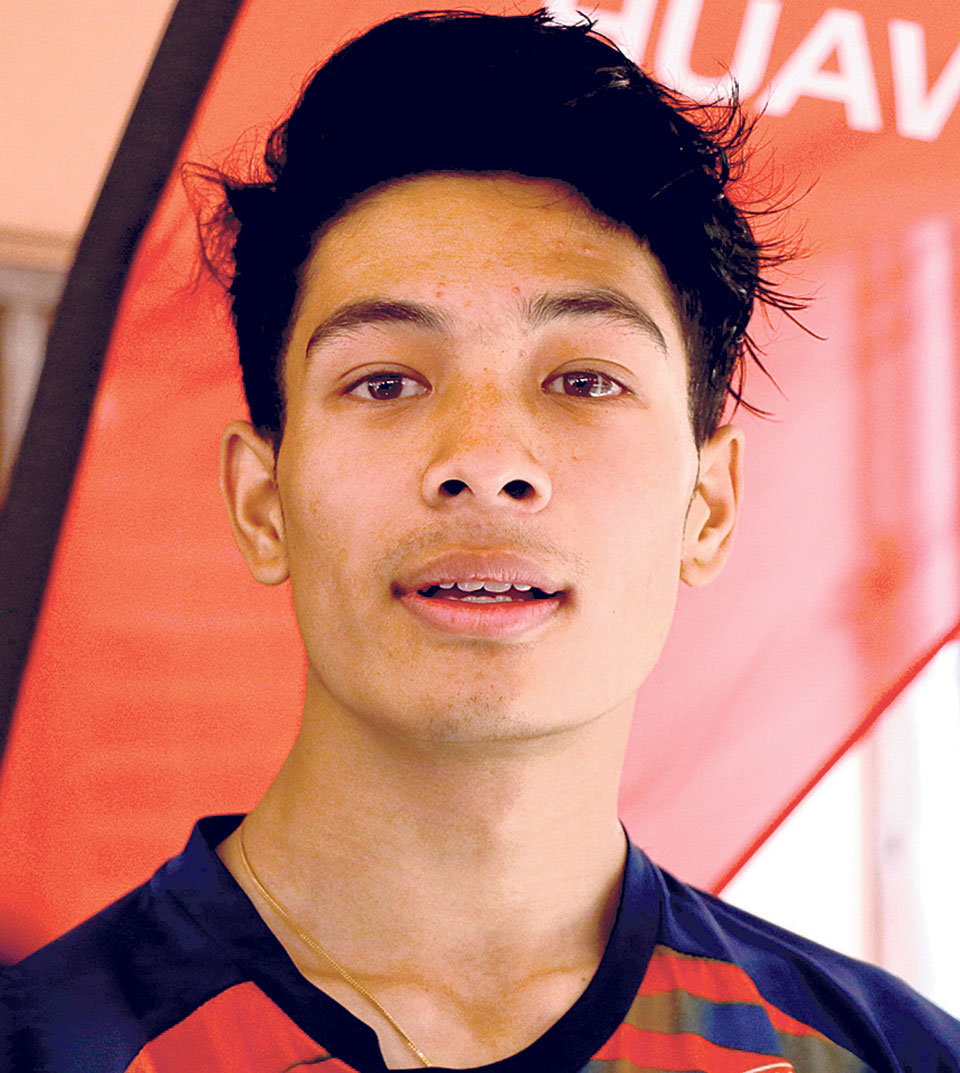 KATHMANDU, May 13: Teeange player Santoo Shrestha’s rise as national prodigy in Nepali sports last year has established the table-tennis player as one of the front-runners for the People’s Choice Award in imminent Pulsar Sports Awards. The 18-year-old won three national table-tennis tournaments in 2017-18 season.

Santoo’s grown stature as table-tennis player can be observed by his performance in different tournaments in the voting period. In more than 36 finals from different competitions he featured last year, Shrestha lost only one of them. His only loss came in 9th Purnaman Memorial Open Table-tennis Tournament. Among others, he had won gold medals in Thamel Open for men singles and doubles category. He also was unbeaten in national team selection tournament and won gold medals for men, doubles and team categories in 39th National Table-tennis. He is currently contracted with Nepal Police Club garnering rave reviews throughout the nation.

Santoo’s continuous rise in stature as table-tennis player has landed him in nominations for People’s Choice Award in the forthcoming Pulsar Sports Award. The teenage sensation can draw inspirations from women table-tennis player Nabita Shrestha who won the same award in 2015/16.
Santoo will be competing with cricketer Sandeep Lamichhane, footballer Kiran Chemjong, golfer Pratima Shrestha and spiker Man Bahadur Shrestha on the list of the Pulsar Sports Award to be declared on May 18.

The People’s Choice Award is one of the eight categories of the Sports Award that is decided based on SMS voting and facebook likes. However, for the first time it will also
carry the votes from sports journalists and coaches from 35 sports disciplines.
Nepal Sports Journalists Forum is organizing the NSJF Pulsar Sports Award at the Tribhuvan Army Officers’ Club on May 18.