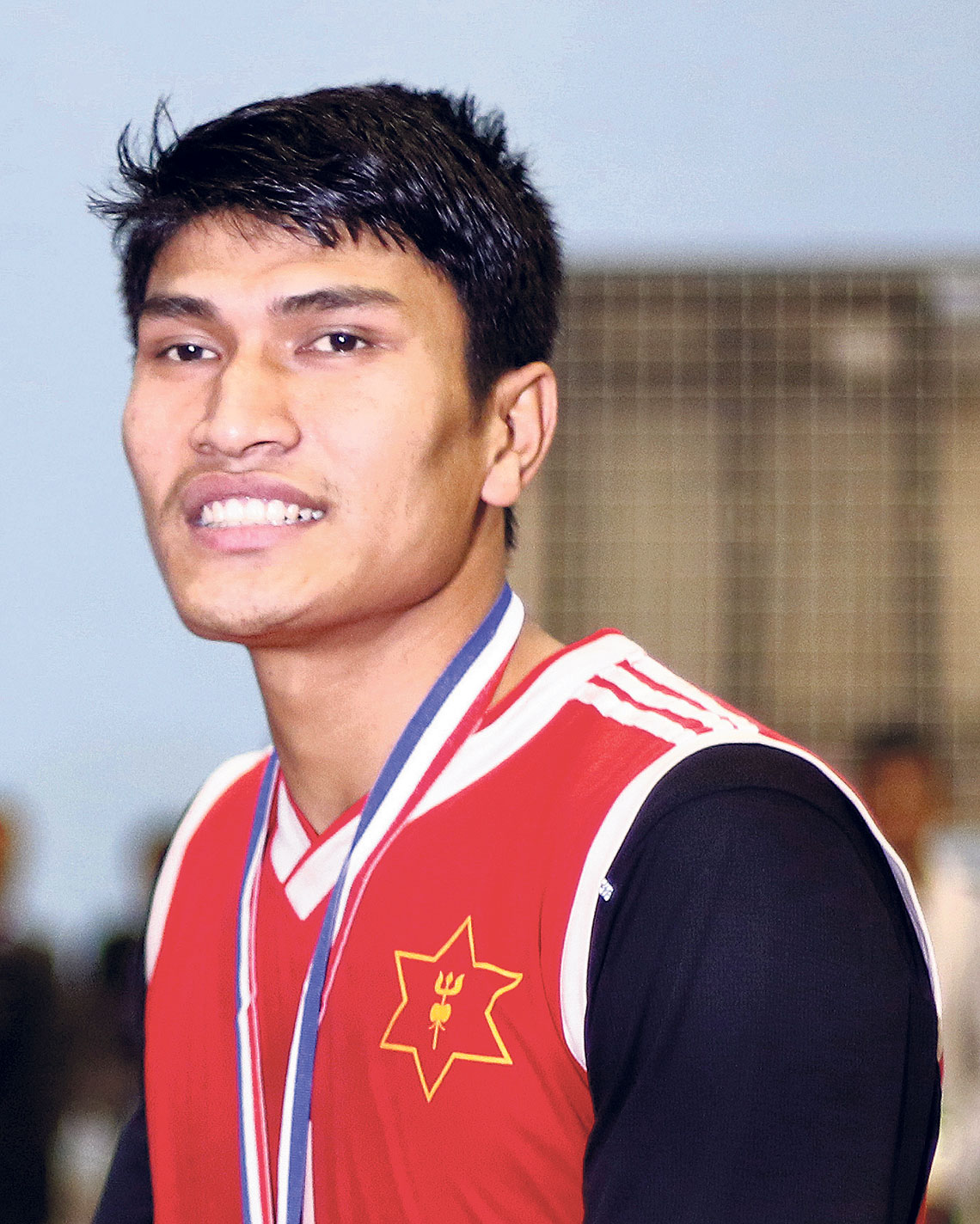 KATHMANDU, May 11: Nepal national volleyball team open spiker Man Bahadur Shrestha’s rise as a professional player has put the national prodigy among the top candidates to win the upcoming People’s Choice Award in Pulsar Sports Award slated for May 17.

The announcement of volleyball as national sports of Nepal brought good cheers to Shrestha as he was named captain of the departmental team Tribhuvan Army Club at the beginning of 2017.

He further added another best player award to his name in NVA National Volleyball held later that year along with the winner’s trophy for his team Tribhuvan Army.

In the third title campaign for his team the same year, he won the best spiker award.

Man Bahadur’s rise as a successful volleyball player from Nawalparasi has caught imagination of many youngsters and observers as a success story that can inspire a livelihood from comparatively inferior sports within the country.

His popularity among youths of the nation as a flag bearer of national sports of the country might prove to be the major deciding factor for upcoming people’s choice awards.

Nepal Sports Journalists Forum is organizing the NSJF Pulsar Sports Award at the Tribhuvan Army Officers’ Club on May 18.