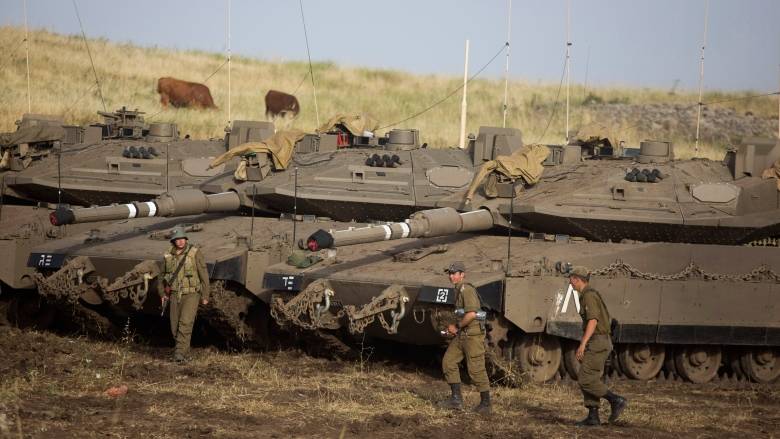 UN secretary general Antonio Guterres called for an immediate halt to "all hostile acts" to avoid "a new conflagration" in the Middle East after Israeli forces bombed Iranian targets inside Syria.

Guterres's comments came as a calm night followed intense attacks on parts of Syria by Israel. Israel said the strikes early Thursday were retaliation for an Iranian rocket barrage on its positions in the Golan Heights and has called on the UN Security Council and secretary general to immediately condemn Iran's attack.

In Iran's first official reaction to the attack, a Friday report in state-run IRNA quoted Foreign Ministry spokesman Bahram Ghasemi as saying the Israeli attack on Syria under "fabricated and baseless excuses" is a breach of the national sovereignty and territorial integrity of Syria.

He added that Syria has the right to defend itself "against the aggressors."

The Security Council, deeply divided over Syria, is highly unlikely to issue a statement and as of Friday morning no council member had asked for a meeting.

Israel and Iran have long fought each other through proxies, and with the new exchange each seemed to be sending a warning that a direct clash between them could swiftly escalate.

With the capture of the three suburbs, the only area outside government control in Damascus is that of the neighbourhood of Hajar al-Aswad and the nearby Palestinian refugee camp of Yarmouk that are partially controlled by the Islamic State group.

Government forces have been on the offensive against Islamic State in Iraq and Syria (ISIS) in the area since last month and its capture would boost security in President Bashar al-Assad's seat of power.

The scope of the attacks — which Israel called its largest in Syria since the 1973 Mideast war — raised the spectre of a full-fledged war between Iran and Israel in Syria, a conflict that could potentially drag the militant Hezbollah and Lebanon into the mix with devastating effects, although both sides appeared to signal they wanted the confrontation to remain contained, at least for now.

Near the capital Damascus, opposition fighters and their families left three southern suburbs that were held by rebels bringing the area under government control for the first time in years, Syrian state media and a war monitor say

Syria's state news agency SANA said opposition fighters who decided to stay in the suburbs of Babila, Beit Sahem and Yalda will hand over the weapons and return to normal life.

The Britain-based Syrian Observatory for Human Rights said a total of 8,400 fighters and civilians left the area since May 3 and the last group left Thursday night.

Syrian state TV and the Observatory said police forces are getting ready to enter the area on Friday to guarantee security.