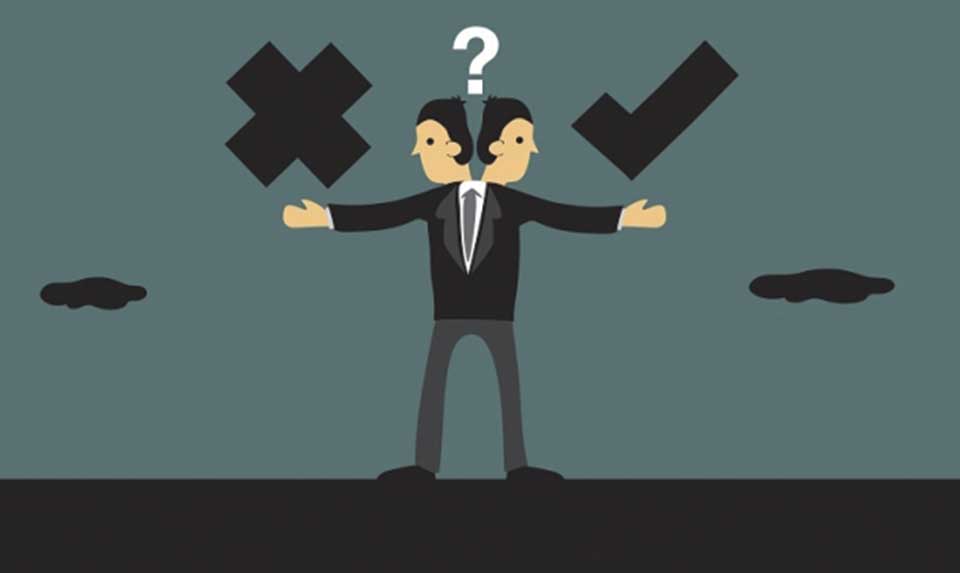 Someone reading the draft proposal of National Integrity Policy (NIP) recently released by the Office of Prime Minister and Cabinet Ministers (OPMCM) will have the full grasp on the quality of people working in our bureaucracy. In fact, the problem is not so much with our bureaucrats than with our “lok sewa pass” mentality.

By lok sewa pass mentality I mean the utility of the paper is not more than passing lok sewa exam. After reading 47-point rebukes from the members of civil society organizations, the drafters must have turned their faces red. By now, they must have realized that passing a lok sewa exam and writing a national code of conduct are two different things.

The 23-page long draft proposal contains nothing more than a mere play of words primarily designed to constrain behaviors of some sections of the society like MPs and political party leaders and cadres, diplomatic corps, INGOs and NGOs, private sector business people, cooperatives, school and university teachers, members of constitutional bodies and special bodies created as per the law.

Pundits in
bureaucracy have
sought to legalize
code for specific categories of officials
in public and
non-public spheres.

There is some mentioning on civil servant but there is not much on this issue probably because the drafters (civil servants) assumed themselves to be covered by some other regulations. To demonstrate on the play of words, here is my unofficial translation of a sentence justifying a need for drafting national level policy on integrity:

“…..In order to resolve these kinds of anomalies, after reviewing laws, policy, strategy and action plans implemented by the government, it is felt necessary to have the national integrity policy to control the substance (sar), form (roop) and colour (rang) of the corruption and irregularities including their both demand and supply sides.” This is like reading physics in typical Sanskrit language. Fortunately, the draft paper is not available in English language.  Therefore, foreigners need not worry about understanding mindsets of our moral pundits in bureaucracy.

What’s in NIP?
After carefully reading the draft proposal one can also, explicitly or implicitly, figure out the grudge the drafters have in mind while drafting the code applicable to the sections of the people just mentioned above. For example, the code for people working in INGOs has been basically driven by a need to exercise control over proselytization.

For the private sector business it basically has to do with controlling all kinds of nefarious activities (black marketing, cartelling, adulteration, artificial shortages etc). For the cooperatives there is a need to control financial mismanagement. The NIP proposal seeks to control foreign junket tours and moonlightings of civil servants and curtail engagement of school and university teachers in political activities.

I am not even sure whether the drafters were clear what they are actually writing about. When it comes to controlling gifts and presents, the policy is very much specific on private sector: “It should not be more than a value of Rs 5000,” it states. But when it comes to MPs and officials the policy remains wide open:  “It should not be more than a specific value”. Probably, the specific value had to be negotiated with their political masters.

Reading statements like these make a reader go nuts. Hopefully, someday, I will entertain the readers with this gift value of “not more than Rs 5000”. At the moment, let me disclose that the figure has been derived from the near defunct Code of Conduct drafted by Federation of Nepal Chamber of Commerce and Industries (FNCCI) way back in 2006. I suggest the drafters to read, at least the updated version of business code proposed by National Business Initiative (NBI) in 2013.

The former calls for deterrence, punishment and sanctions while the latter calls for rewards and incentives. The absurdity of eliciting ethical behaviors in the country has gone to such a situation where children ask their chain-smoking parents why they are advising them not to smoke and the parents respond by saying: “I am telling you this from my experience”.

The ethics and morality goes beyond the realm of law. In Nepali I will call ethics as thik bethik question. Someone has succinctly defined ethics as understanding the difference between “what your right is” and “what is right thing to do”. The former is a legal concept while the latter is a moral one.

All legal things may not be moral and all moral things may not be legal. Our pundits in bureaucracy have sought to legalize code for the specific categories of the officials in the public and non-public sectors. These days Prime Minister K P Sharma Oli is particularly famous for making jokes. Hopefully, the draft proposal of National Integrity Policy does not turn out to be a big laughing matter.

A movie by an Iranian who was arrested for his work in Iran won the ‘Un Certain Regard’ competition at... Read More...

KATHMANDU, Dec 16: New look Nepali women football team will have a reality check when it takes on Malaysia in an... Read More...