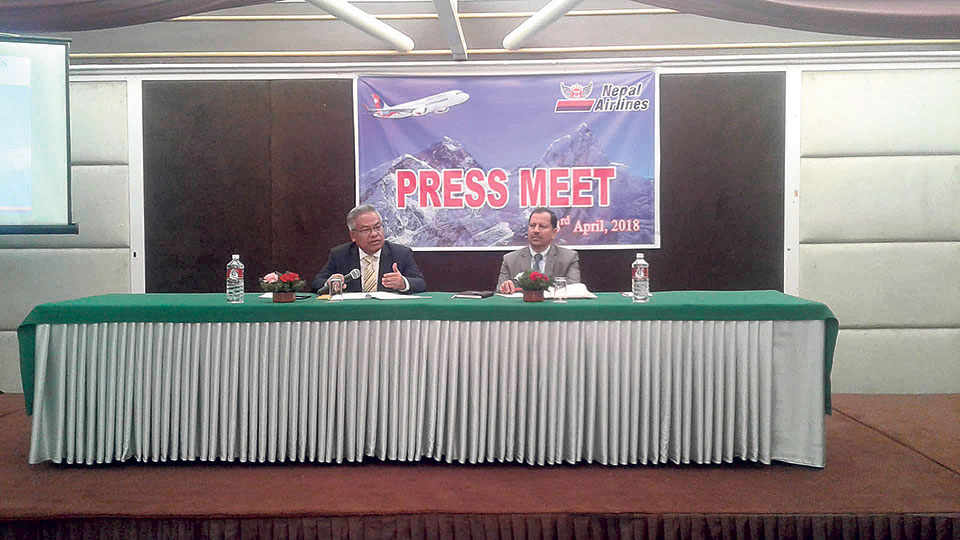 Rolls-Royce will look after overall maintenance of wide-body engines

KATHMANDU, April 4: Nepal Airlines Corporation (NAC) is preparing to handover the overall maintenance responsibility of its two new Airbus A330-200 series aircraft, which are expected to join its fleet within few months, to London-based engine manufacturing company Rolls-Royce.

For the first time in its history, NAC has decided to sign TotalCare package with for engine of the two wide-body aircraft.

The contract period will be of 12 years.

Since the TotalCare package can be received from engine manufacturers only, NAC initiated the process to procure engine overall management service from Rolls-Royce.

According to NAC, around 95 percent of the airline companies across the world buy similar package for engine maintenance. Under the package, the company has to take all the responsibilities of engine maintenance if any malfunction occurs. The company will also have to manage spare engine to operate the aircraft while the malfunctioned engine is repaired. If the company fails to maintain engine within seven to 10 days, it will have to pay compensation to the airline company.

"TotalCare package covers all types of scheduled/non-scheduled and planned/unplanned repair and refurbishments including all AOG (Aircraft on Ground) situations like bird hits and other problems," Kansakar added.

Earlier on December 26, an Airbus A320-200 aircraft of the national flag was grounded in New Delhi due to engine malfunction. It took almost a month to repair that engine, Kansakar reminded the incident during a press meet organized in Kathmandu on Tuesday.

The cost of TotalCare package is Rs 60 million per month.

Kansakar also added that the national flag carrier was adding six Twin Otter aircraft in its fleet in the near future. "Within 12 to 18 months, we will bring all our new aircraft into full-fledged operation," he said, adding: "After that, we will add new aircraft in every two to four years."

The first of the two wide-body aircraft will join the NAC's fleet in June.

The national flag carrier earned net profit of Rs 75 million in 2017. It enjoys 10 percent share in the country's aviation market, according to NAC.

"Once the two wide-body aircraft are pressed into operation, our market share is expected to reach 16/17 percent," he added.

Kansakar emphasized on investment capability, technical/managerial training, procedure and decision making, increased cooperation from stakeholders, and capability to attract customers to turn around the fate of the ailing national flag carrier.