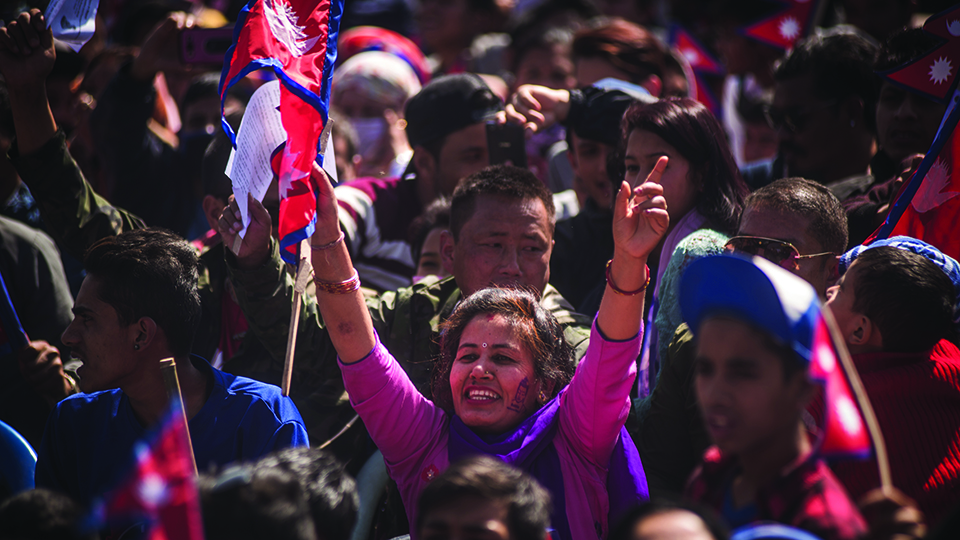 Buddha did not waste time in trivial things. Where one is born and where one dies were none of his business. Citizenship and nationality were not his concerns

Sometimes a well-intended action may have bad implication. And sometimes both intent and implication become questionable. Saturday’s mass recitation of Dhammapada in Tudikhel—public ground in central Kathmandu—was possibly the latter.

While I wish to think that the event was organized with an intention to promote Buddhism, the rhetoric and the fuss about it had nothing to do with Buddhism. I fully support the recitation of one of the most important texts of Buddhism that contains Buddha’s core teachings in verse forms, but apart from that, everything that happened in Tudikhel was mere absurdity.

The organizers’ stated objectives of holding the event failed to impress me and many of my friends and their friends. “Let buddha aside, it has now been clear that buddhus (fools) were born in Nepal,” was the joke of the day in the social media.

First, the objective was to make some sort of world record, and second, it was to tell the world that Buddha was born in Nepal. Both the objectives were waste of time and energy. While the first objective was meaningless, especially for those who follow Buddha’s teachings, the second was to tell the world what it already knows and what has already been an internationally established fact.

There is no doubt that Budhha was born in Nepal. The accounts of Chinese monks Faxian in the fifth century and Xuanzang in the seventh century, inscription at Ashoka Pillar, and recent excavations in Lumbini and Kapilvastu led by archeologists of Durham University give solid evidence to the fact. Besides, United Nations Educational, Scientific and Cultural Organization (UNESCO) has firmly recognized Lumbini as the birthplace of Buddha.

Unfortunately, we Nepalis have lost the Buddha.  And so have the Indians, who claim that Buddha is theirs.

When possible claims that Buddha’s birthplace lies in present-day India were pre-empted by the discoveries of the Chinese pilgrims and findings in Nepal, some zealots in India have been giving an impression to the world that Buddha was Indian because he spent most of his life in the Indian soil. To make Buddha Indian, some even claim that when Buddha was born, Lumbini was part of a greater India, or bharatvarsha, and hence there should be no question about where he was born.

I think Dalai Lama’s recent remarks about Buddha’s birthplace, which brewed a lot of furor among Nepali community worldwide, were either misunderstood or influenced by such zealots.

It only amuses me to see attempts to own Buddha that are so unlike the Buddha!
The Buddha did not waste time on trivial things. Where one is born and where one dies were none of his business. Citizenship and nationality were not his concerns. His only concern was to help humankind learn a better way of living. He wanted to help people understand the truth about themselves so that they could live a more meaningful, peaceful, and happier life. For 45 years, he taught the people the truth about the suffering of existence. He taught about the impermanence of life. Most importantly, he taught people a way out of the ceaseless cycle of suffering.

After the Buddha got full-enlightenment, or became samyak sambuddha, under the bodhi tree, he started passing his knowledge to people, traveling from village to village, from town to town. Most of the places where he gave teachings fall in present-day India. He left his physical body at Kushinagar, which is also in present-day India.

So does Buddha’s birth, or his enlightenment, or his sermons, or his death make Nepal or India his domiciles? Does it make him Nepali or Indian?

The real birth of the Buddha happens in the hearts and minds of people when they really start appreciating his teachings and integrating them into their lives.

The Buddha gets born in places not divided by imagined territorial boundaries. He may be born each moment, each year, each century, in lands across the globe.

After the death of Siddhartha Gautama’s physical body, people far and wide have adopted his teachings. The teachings went to Sri Lanka, Thailand, Cambodia, Laos, Myanmar, China, Japan, and Korea. A few centuries after the Buddha’s mahaparinirvana, his teachings were lost from India for good. They were reimported into the Indian soil only in the 19th and 20th centuries when some British and German intellectuals started taking interest in Buddhist teaching. Some academics in India, especially those versed in Sanskrit and Pali languages, kept the teaching alive through low-key academic work.

Towards the middle of the 20th century, Indian social reformer Baba Saheb Ambedkar gave rebirth to the Buddha in India by implanting seeds of his teachings in the hearts of India’s untouchables. Satya Narayan Goenka gave birth to the Buddha again in India, Nepal and countries across the world through his teaching of Vipassana, a system of meditation that the Buddha taught.

Nepal’s vajrayana masters kept the seeds of Buddha alive in Nepal through the centuries. Tibetan Buddhist masters did the same in Tibet and brought it back to Nepal and India when they fled their homelands to save themselves from Mao’s army.

The Buddha is being born in Europe and America nowadays. Recently, I was witness to the planning of a meditation retreat in Kathmandu, which had to be packaged as being conducted by a German monk. Although the monk was the disciple of a contemporary Buddhist master of Nepal, the selling point of the retreat was that it was being conducted by a ‘German’ national. I thought the Buddha has started taking birth in Europe.

If you read books on Buddhism and visit the numerous meditation centers in the West that follow the Buddhist methods, you will quickly understand Buddha is born in the US and Europe these days. Buddhist departments in American and European universities are among the best centers of Buddhist learning.

I went to the University of Hong Kong to study Buddhism. When I met my master and some highly accomplished monks there, when I got in touch with the vast academic research and contemplative practices based on the Buddha’s teachings, I had to say the Buddha had also started taking birth in Hong Kong.

The Buddha is taking birth everywhere across the world. Let Nepal not be an exception. It is unfortunate that despite boasting of the Buddha’s birthplace, Nepali people’s willingness to delve into the teachings of the Buddha is pathetic. Nepal government’s spending on promotion of Buddhism is meager. If you need proof, just visit Lumbini, the birthplace of the Buddha. See what the government has done there for the development of the area as a world tourist destination. See how much money the government is giving to Lumbini Buddhist University that was established to promote academic research on Buddhism. See what percentage of the government budget is set aside for promotion of Buddhism in Nepal.

“Buddha was born in Nepal” is a sweet phrase. But paying lip-service or having some musicians beat drumsets in front of a crowd, and going frenzy about setting a world record is not going to help. It will soon make the sweet phrase sound like a cliché.
Let us focus our energy and time on something meaningful. Let us focus on learning and applying Buddha’s teachings in our lives. Let us give birth to a Buddha, many Buddhas, in Nepal, again.

The author is a copy editor with Republica

It is not right to say that reviving NDL will save billions and ensure quality drugs in the market ... Read More...