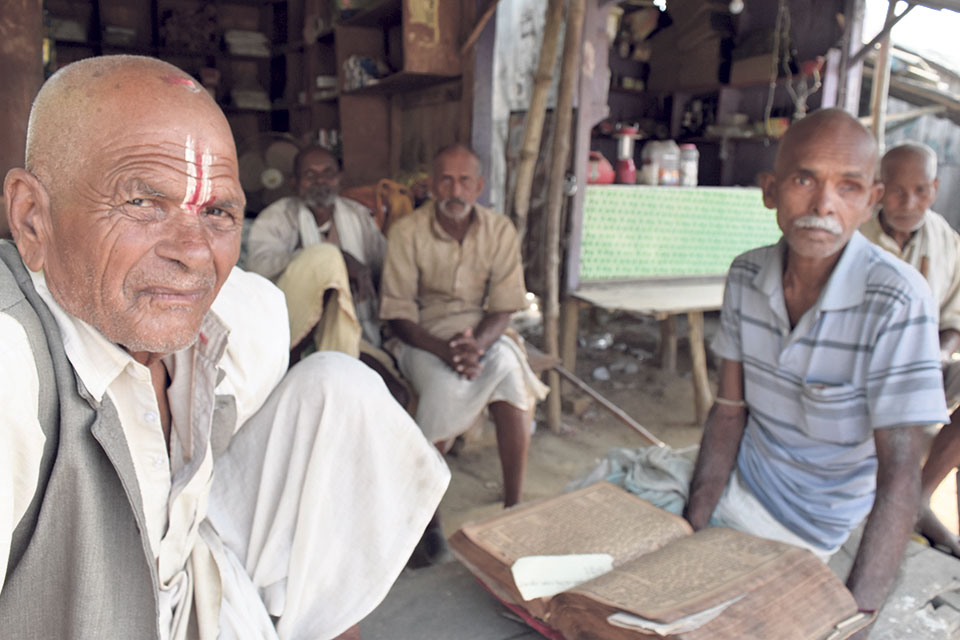 SIRAHA, Feb 21: Raaslal Yadav, 82, of Bariyarpatti in Siraha does not have high expectation from his provincial government. He has only one expectation - better irrigation facility.

Yadav remembers how local farmers in the area used to do multiple cropping some two decades ago. They used to harvest paddy, wheat, mustard and chickpeas, among other crops. Today, locals have stopped cultivating mustard and chickpea, while production of paddy and wheat is also dwindling. Farmers fear that very soon they will have to purchase edibles to sustain.

Sukani Sadaya (Musahar) of Dhandadi Mai Municipality-3, has to remain idle for 10 months these days. “We used to remain busy throughout the year when multi cropping was possible. “Except paddy plantation and harvest season, we have nothing to do,” she told Republica.

Mono cropping has left many farmers in tarai belt jobless, forcing youths to go to India or Gulf countries to make ends meet.

Pointing toward trucks importing paddy from India, Raaslal recalled: “Two decades ago, I was delivering paddy in a bullock cart to Indian towns of Madhubani and Darbhanga.”
Another farmer, Dorik Yadav, 80, said with frustration: “The tides have changed now; the supplier has now become buyer and vice versa.”

The government starting building barrage and irrigation canal on Kataniya River four years ago to channel waters from Kamala River to irrigate farmland of Bariyarpatti. But the project is still incomplete.

“If our fields are irrigated, one of our major problems would be solved,” Yadav said. “We have land, but no water to irrigate our farms. Despite these dire circumstances, the government has emphasized more on road networks than irrigation.”

Local farmers further expressed their discontent toward lack of chemical fertilizers, “As fertilizers are not available in our market areas, we have to get them from India where we are constantly victimized by the Seema Surkasha Bal of India and the Armed Police Force of Nepal,” they said.

Another farmer Rajendra Yadav said while the central government has not been able to live up to our expectations so far, we hope this will be addressed by the provincial government now.

While provincial assembly members of Province 2 have repeatedly affirmed agriculture to be the basis of development, the fields of rural tarai will not be cultivable unless there is a good supply of water in the fields.

The issue of irrigation was the major agenda in the first meeting of the provincial assembly.

“Due to lack of emphasis of the government toward agriculture sector, a region that once was an exporter of grains to India, is now dependent on the southern neighbor for food grains,” provincial assembly member Suresh Mandal said.