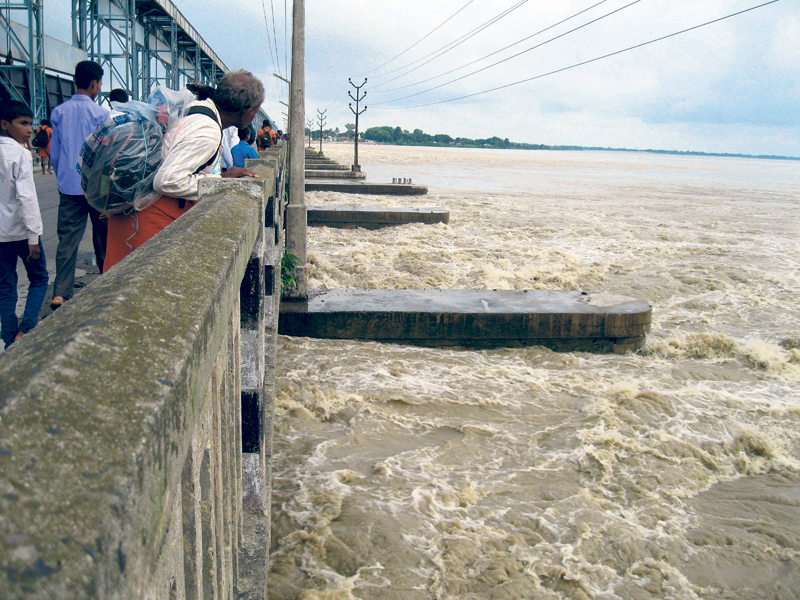 Nepal is waiting for the days of reckoning. Nepal was born more than two and half millenniums ago. History cannot be altered but it can be reevaluated from time to time with the discovery of new facts. It is also reassessed from different angles of value systems. History may be referred to for resuscitation of dignity and inspiration. But people are concerned with the part that has affected them the most.

Nepalis today look back to 68 years to assess their destiny. The rulers before 1950 made no secret of their interest in running the statecraft for their own family domination and welfare. But the political change thereafter made a different exposition of state power, public responsibility and people’s wellbeing. The whole criteria for judging the personalities and personae in power changed overnight from self aggrandizement to public good. Intellectual, informal and media assessment has been made and remade of the responsible people who safeguarded the nation and worked for the betterment of people.

Koshi trouble
But we are still waiting for the day when official reckoning of crucial situations and people involved thereof will be made. Take Koshi Treaty with India. It was the first big project of long-term consequences Nepal signed with India. It was signed for 199 years instead of 99 years as had been agreed upon in bilateral talks. Who was responsible for it and what benefits this brought to actors at play is a matter not only of curiosity but also of official investigation. The Koshi barrage was built with a lifespan of 50 years, which has already expired. Nobody will be surprised if it breaks down anytime.

We have not done anything to safeguard Nepali territory in case this happens. They are building an alternative structure to control swirling water of the river that creates havoc to Bihar province of India. A 300 meter high dam has been proposed at the hillside of Nepal to prevent devastating flood in India. Even before correct assessment has been made on first Koshi project, the second project, that could put Nepal in greater loss, has been proposed for the greater benefit of India.
Decision makers in Nepal are taking the issue lightly, as if it will have no consequences for us. It will make living difficult for thousands of people living in the Koshi-watershed area besides destroying our natural setting.

Before the incumbent government goes ahead with the new project it should asses the possible losses to Nepal in terms of deluge of agricultural land, deprivation of farm production from the land for over 50 years, displacement of the farmers from that site, and flooding from trapped water during the monsoon season.

The new project is said to cause even greater damage to Nepal. Ratan Bhandari, a water-resource researcher, says the high-dam project has been brought to save Bihar from heavy flooding and to shift inundation to Nepal. If it is ever built the way it has been conceived it will transfer Bihar havoc to Nepal. It will inundate one existing airport, 19 bridges, 80 villages and 196 square kilometers of land. More than 100,000 people will be displaced.

Despite all these damages, Nepal can still go ahead with the project, says Ratnasansar Shrestha, who is advocating for securing Nepal’s interest in the upcoming water projects. He says India should compensate for such losses by paying 450 million dollars every year. The amount is calculated on the basis of international standard of bilateral water projects in Africa and America.

Sadly there is no indication of a fair deal neither in the old nor in the new project. But policy makers will be judged when the day of reckoning arrives.

India has set a good example of this. At a time when the British were struggling to get a hold in Indian soil in the 18th century, an Indian helped them in a crucial battle, the Battle of Plassey in 1757. It is regarded as the turning point for British to take the rest of India under its control. That man is Mir Jafar.

As a reward for his betrayal to India he was made Nawab of Bengal, Bihar and Orissa. During his heyday he was described as the ‘hero of the country, ‘sword of the state’ and ‘horror in war.’ Today he is judged as a quisling, a traitor. One Indian poet has described him as the disgrace to the faith and the disgrace to the nation.

Visitors to his cemetery in Murshidabad in Bengal often spit on his grave. When India became independent after almost 200 years of British rule, his land and property were confiscated. His children of eighth generation were reduced to beggars. A number of his family members resorted to rickshaw pulling. His descendants are still suffering from the treacherous work he did some 200 years ago.

Ironically, India is creating Mir Jafars in Nepal in its unfair deals on river projects. It is for the responsible Nepalis to save their offspring from being derided by their generations, as a fallout effect of their misdeeds.

Announcement of polls date in a few days: PM

KATHMANDU, Jan 5: Prime Minister Pushpa Kamal Dahal has said the announcement of election date was forthcoming with the commencement of... Read More...

URLABARI, Oct 8: The Biratnagar Customs Office, which used to remain closed for a week during the Dashain festival earlier,... Read More...

RPP contested local elections on its own strength: Chairperson Lingden
12 hours ago