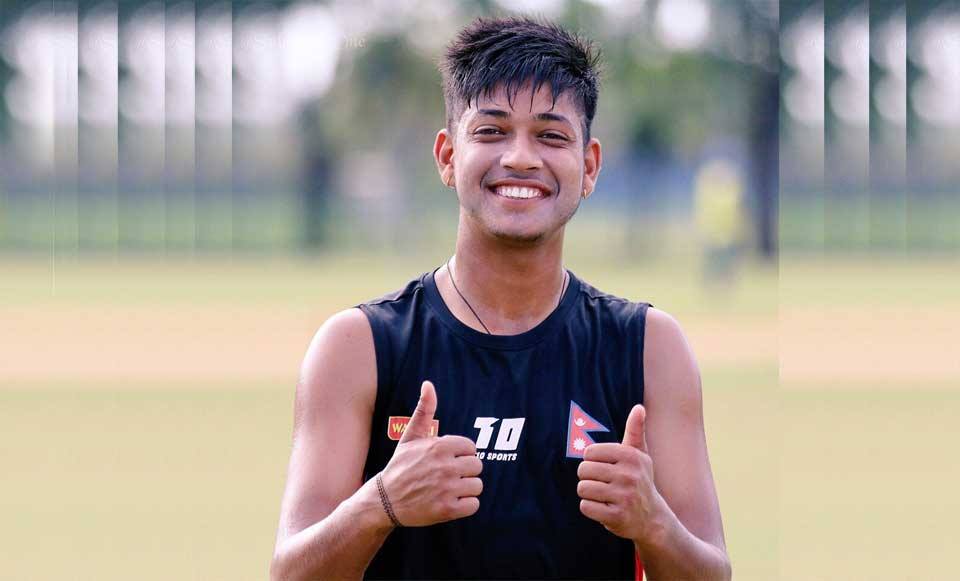 Back in 2016, Delhi Daredevils scouts looking out for a young spinner zeroed in on a Nepali leggie by the name of Sandeep Lamichhane, then not yet 16. Ahead of the IPL 2018 auction, the teen was put through a quiet trial in Delhi, and a video of his bowling was sent to team coach Ricky Ponting. The Australian legend was impressed.

On Sunday, the Daredevils bought Lamichhane for Rs 20 lakh — the culmination of a process that began a year-and-a-half ago, when the franchise first spotted him at the inaugural Hong Kong T20 Blitz. The young spinner has brought Nepal cricket its breakthrough moment, becoming the first player from that country to be part of the IPL.

“We have scouts who follow just the (ICC) associate (member) teams. We saw him at the 2016 U-19 World Cup as well. Then he went to Australia. We were tracking him, and called him for a trial before the (2018 IPL) auction,” Daredevils CEO Hemant Dua, who was present during Lamichhane’s trial, told The Indian Express.

“He is only 17, and he bowls really well, turns it really well. He has control with his faster ball as well,” Dua said. “So we called him for a specific trial, just him. He just bowled in the nets and we saw him. We wanted to keep it a little hush hush, because there are very few good (young) spinners around. We got his videos and shared that with the team. Everybody liked him. Ponting saw his bowling and gave his approval.”

There is, in fact, a strong Australian influence in Lamichhane’s progress. Michael Clarke played a big part — the former Australia captain was mentor-cum-player for Kowloon Cantons, the team Lamichhane played for in Hong Kong. Clarke invited the youngster to his academy in Sydney, and also made arrangements for him to turn up for a Sydney-based club. Mark Taylor, another former captain of Australia, and Shane Warne, probably the greatest legspinner of all time, too, were impressed with the boy’s potential.

After Sunday’s auction, Clarke tweeted: “To the people of Nepal, you should be very proud of @IamSandeep25 he is little champion who wants to do his country proud. Cheer him on and enjoy the journey with him. God bless”.

Lamichhane thanked his mentor and expressed his happiness through a tweet: “Very happy to be announced as the player of @DelhiDaredevils for this season of @IPL! Special thanks to all those people who kept me in their prayers with holding their nerves! Journey begins now!!”.

Lamichhane’s first big moment came two years ago at Fatullah in Bangladesh, when he took a five-for against Ireland in the 2016 U-19 World Cup. His performance helped Nepal reach the Youth World Cup quarterfinals for the first time. Lamichhane is now preparing for the World Cricket League in Namibia. In about three months, he will be rubbing shoulders with the big boys.

His love affair with cricket began in India, where he spent the first four years of his life. His father was then working for the Indian Railways. After the family decided to return to Nepal, they lived in Nawalparasi district in the Terai region. Some years later, Lamichhane bumped into Raju Khadka, a former Nepal national cricket team captain and national selector.

“Lamichhane’s district did not have a cricket academy. So he came to my academy in Chitwan district. His first question was, ‘Am I good enough to play cricket for Nepal?’ I told him to work hard to get there. I was pretty encouraged with his progress. The turn he got was natural. He expected a Nepal U-19 call-up earlier, and was upset when the selectors didn’t pick him. I told him to just work on his game. He listened,” Khadka told The Indian Express.

In 2016, the International Cricket Council banned the Cricket Association of Nepal because of the government’s interference in the cricket board. The country now has some private T20 tournaments, but not much structured cricket. “Against this backdrop, Lamichhane’s IPL contract is hugely significant. He is now on every local TV channel,” Khadka said.