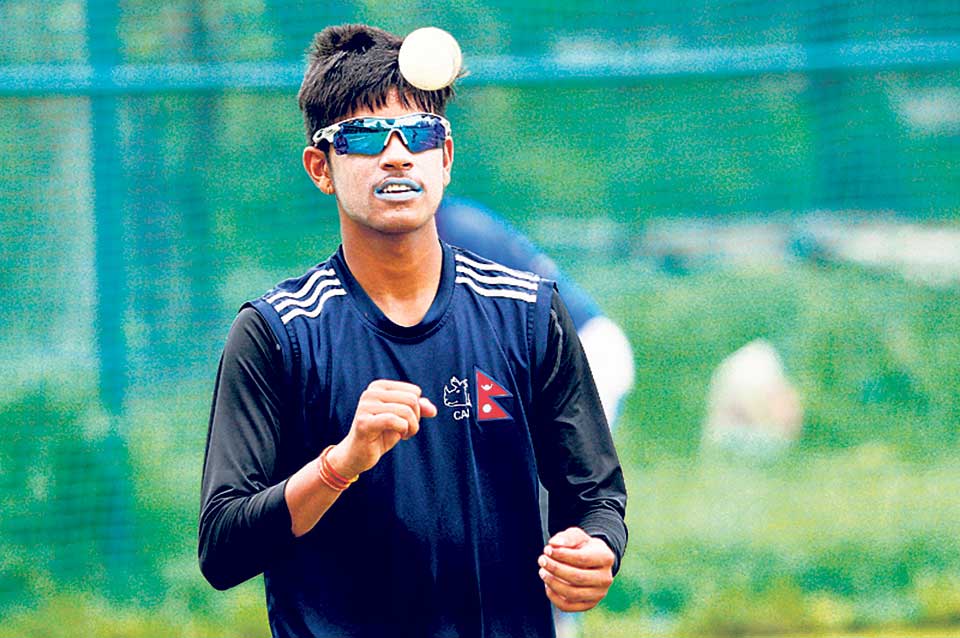 The teenage leg-spinner had already made history when he became the first Nepal player in the Indian Premier League, the original and still the wealthiest of the growing number of T20 franchise tournaments.

And Thursday saw the 17-year-old signed up by the St Kitts and Nevis Patriots during the CPL auction in London for a fee of $5,000.

He made his unofficial senior team debut as a 15-year-old in November 2015 against a touring MCC squad and so impressed his opponents he was invited to play in Hong Kong, where he met former Australia captain Michael Clarke.

An admiring Clarke then invited him to spend the following Australian summer playing club cricket in Sydney.

Lamichhane wasn’t the only 17-year-old leg-spinner to earn a CPL contract on Thursday, with Afghanistan’s Qais Ahmed signed up as well despite having played just one Twenty20 in his professional career to date, although he did impress many judges at the Under-19 World Cup.

The six CPL teams were warned off signing players from Afghanistan and England as both countries have fixtures while the August 8-September 16 event is in progress.

But such has been Afghanistan’s rise as a cricket nation that even players likely to be international reserves are attracting franchise attention.

Meanwhile West Indies’ Lendl Simmons and New Zealand batsman Martin Guptill were among those to fetch the biggest bids in the CPL draft, with Chris Gayle, Andre Russell returning from a one-year doping ban for a whereabouts violation, Dwayne Bravo and Sohail Tanvir also attracting the maximum price of $160,000 by their respective franchises.

Guptill, who struck a 49-ball century in a recent T20 international against Australia recently, had set his base price at $90,000.

Having represented the Guyana Amazon Warriors last season, Guptill was signed by the Jamaica Tallawahs on Thursday.

Tanvir, the highest-wicket taker in the previous edition of the CPL, was retained by the Amazon Warriors.

Former Pakistan captain Shahid Afridi, nicknamed ‘Boom Boom’ for his big-hitting exploits, will join Guptill at the Tallawahs after being signed on his 38th birthday.

'Smart lockdown' to be enforced, int’l flights to resume
41 minutes ago

'Smart lockdown' to be enforced, int’l flights to resume
41 minutes ago