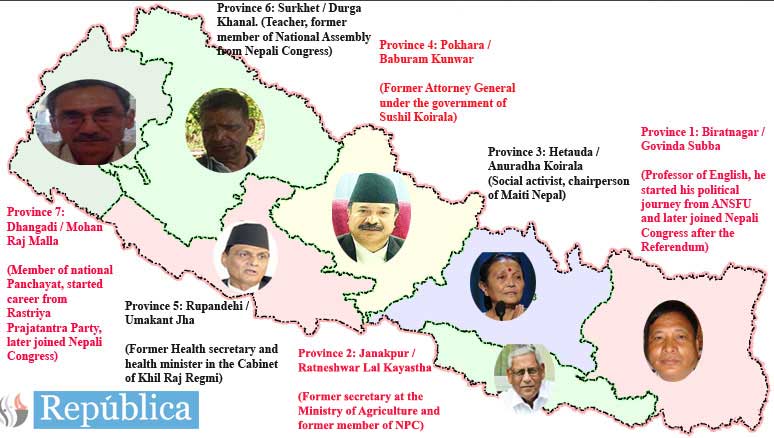 (Professor of English, he started his political journey from ANSFU and later joined Nepali Congress after the Referendum)

(Former Attorney General under the government of Sushil Koirala)

KATHMANDU, Feb 27: Most of the provincial governments are still struggling to expand their council of ministers to give full shape... Read More...

KATHMANDU, Jan 5: Leaders of the left alliance have given their green signal to Prime Minister Sher Bahadur Deuba to fix... Read More...