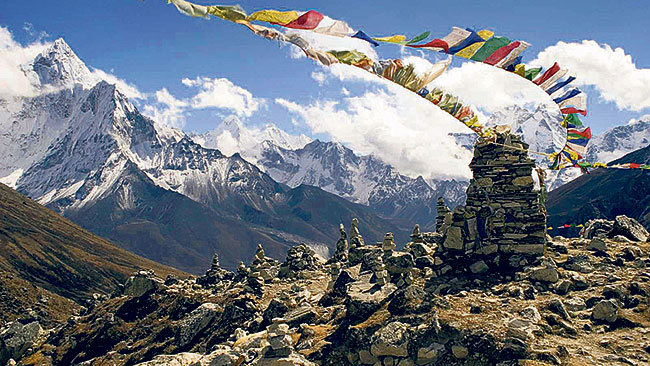 RASUWA, March 30: Over 340,000 tourists have visited the Langtang National Park in the past 42 years, according to the statistics maintained by the Park Office.

Chief Conservation Officer Sushma Rana said the number of tourists has been increasing steadily due to the promotion of tourist programs in the park. Most tourists come to the park to study, observe and research the religious, natural and historical heritages in the district.

Rana said that initiatives have been taken for the improvement of foot trails, construction of rest houses and establishment of information boards. Although the arrival of tourists has been affected for a year due to COVID-19,  the flow of tourists has started to come back to normalcy.

The flow of Nepali tourists visiting Rasuwa district is also on the rise in recent years. Rasuwa has more than 100 ponds including the religious site Gosainkunda, historical sites such as Rasuwagadhi, Langtang, various mountain ranges, Tamang Sampada Marg, 55 monasteries and other natural and man-made heritages.

Similarly, the world's rare wildlife such as red panda and snow leopard are also found in Langtang National Park. The district attracts 8,000 to 18,000 tourists annually. Lately, even Nepali tourists have been visiting the area by paying entrance fees. Nepali tourists entering the area paying the entrance fee  have also been included in the statistics.

Although the district draws tourists for almost round the year, the period between October to mid-November and mid-March to the mid-May are considered two peak seasons for the visiting tourists. During peak seasons, up to 150 tourists visit Langtang daily. About 90 percent of the tourists who visit the park reach Langtang, and the number of tourists visiting Gosainkunda has seen a steady rise in recent years.

From Kathmandu, Langtang can be reached through Nuwakot, Betrawati, Kalikasthan, Dhunche, Syafrubesi, Lama Hotel and Ghoda Tabela. Tourists visiting Langtang stay for about 10 days. “Tourists stay here for an average of 10 days,” said a hotelier Dindup Lama. “Those who pass Ganjala stay even longer period.”

Over 12,000 tourists enter Langtang in 4 months