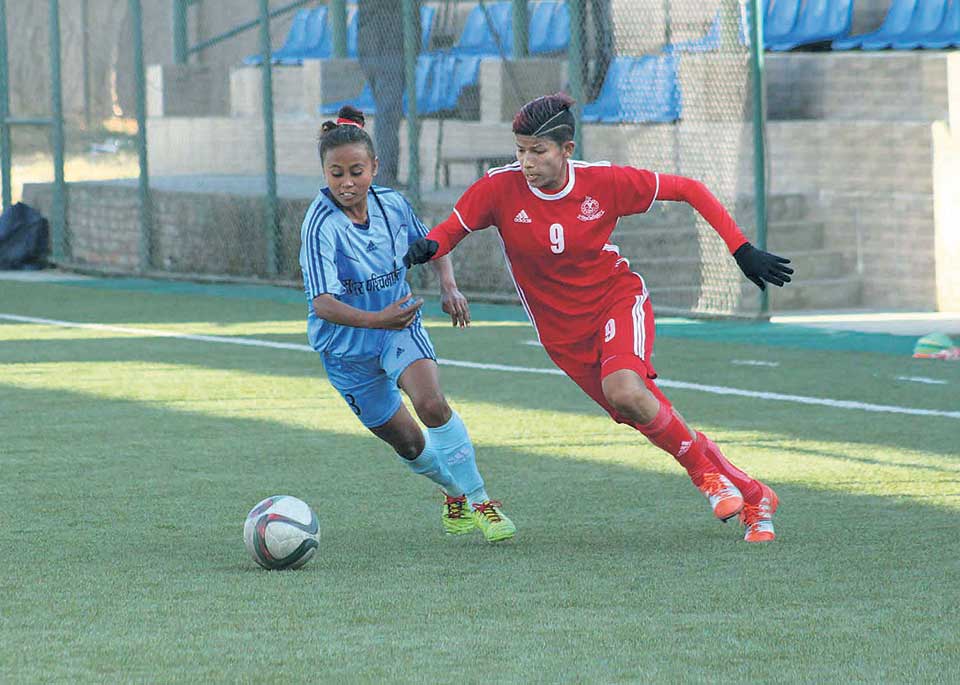 Captain Krishna Khatri and Anjali Waiba scored a brace each for Army’s comfortable win. Anjali converted a direct free-kick in the 20th minute to give Army a lead in the match. Police responded with an immediate goal nine minutes later to even the scores, when Police’s captain Ghim Kumari Gurung converted a free-kick into goal.

However, it was a one-way traffic after the half-time break as Army produced three more goals to seal the match. Anjali added her second goal of the match in the 57th minute.

Krishna wrapped up the match for Army by getting a quick brace, scoring at the 70th and 74th minutes. Army controlled the possession throughout the second half and produced several chances.

Army coach Adarsh Malla credited team spirit for their commanding success in the match. “Our team had good coordination today. Everyone worked hard on the pitch for the victory,” Malla said after the super league win. Police club coach Sanjeev Joshi admitted to not being able to carry the plans on pitch.

Meanwhile, Sabitra Bhandari continued her hot goal scoring streak, smashing six goals as APF thrashed Far-western by nine goals in the second super league game of the day. Anita Basnet and Rekha Poudel registered a brace and a goal, respectively, to add up to the final score.

Sabitra opened her account for the day on the 18th minute of the match. She scored five goals in the second half. She scored in the 49th and 73rd minutes to complete her hat-trick, and converted two penalties in the 74th and 90th minutes to take her goals tally to six. Similarly, Anita contributed goals in the 56th and 60th minutes of the match and Rekha scored a goal in the injury time.