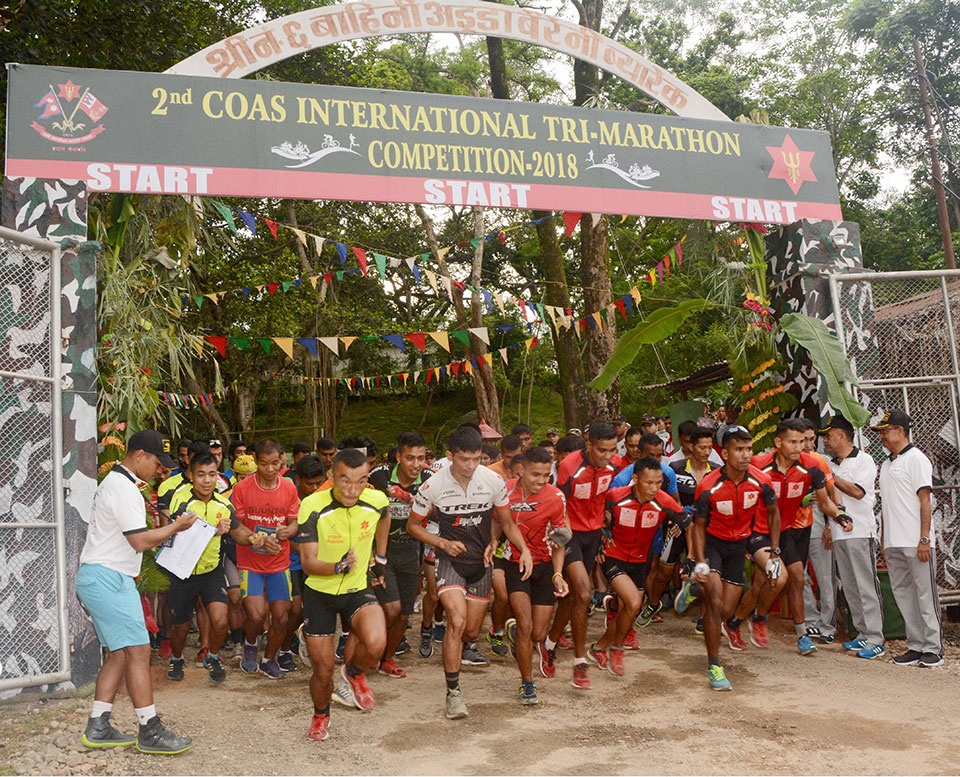 KATHMANDU, July 22: Tribhuvan Army Club Team A of the Nepal Army has won the title of 2nd CoAS International Tri-Marathon Contest 2075 by covering a 43.5-km distance in 2 hours 18 minutes and 49 seconds on Saturday.

The competitors had to travel a total of 43.7 km-long distance including 6.7-km run, 26-km cycling and 11-km rafting in the contest.

A total of 52 contestants from 13 teams – 4 from each team – had participated in the marathon contest.

Nepal Army generals, assistant chief district officer, district representatives from the security agencies, media persons were present in the event in which CoAS General Rajendra Chhetri was invited as the chief guest.

Man dies after choking on piece of meat
21 minutes ago

Nearly 15,000 goats sacrificed at Rajdevi temple in Janakpur
27 minutes ago