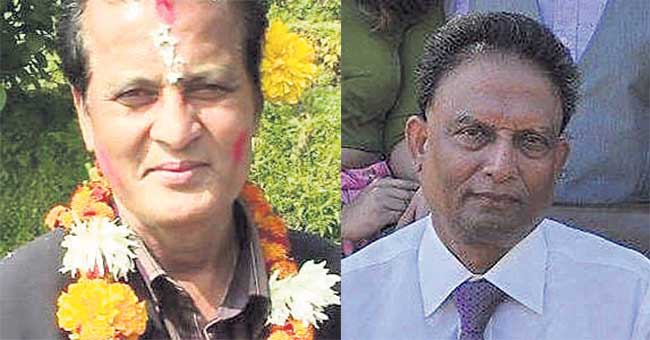 KATHMANDU, Dec 28: Law Minister Yagya Bahadur Thapa has been lobbying for the appointment of his brother  Krishna Bahadur Thapa as the chief judge of a high court (HC).

Sources claim that Thapa has been pressing Chief Justice and  Chairman of the Judicial Council (JC) Gopal Parajuli and other JC members for his brother's appointment. The JC has been making final preparations for the appointment of high court chief judges and other judges.

Minister Thapa,  who is an ex officio member of the five-member judicial body, has been lobbying for the appointment of his brother, who has been practicing law in Pokhara as a senior advocate.

“Chief Registrar of the Supreme Court Nahakul Subedi's name has been almost finalized for chief judge out of four vacancies and the JC has been making preparations for selecting two more from among serving high court judges” the source claimed. According to him, around a dozen judge positions are vacant at the high courts.

Legal experts have questioned the lobbying by Minister Thapa for his brother's appointment and point out that his participation in the appointment process would go against Section 18 of the Good Governance (Management and Operations) Act, 2008. The act prohibits any decision by an official who has a conflict of interest such as when the appointment of relatives is involved.

Section 18 states: “An official authorized to make a decision pursuant to this Act or other laws in force shall not decide the matter in case of conflict of interest in that his/her direct benefit, concern or interest is involved in the matter, or that the decision directly affects his/her successors or close relatives or provides direct benefit to the business or profession engaged in by  members of the  decision maker's joint family .”

Advocate Tikaram Bhattarai, who is a former vice-president of Nepal Bar Association, said Thapa cannot participate in such a decision as it could benefit his brother.
“This government turned into a caretaker one after the registration for nominations for the elections. Therefore Minister Thapa cannot participate in the JC in talking a major decision,” Bhattarai added. “The decision may not be acceptable to the future government.”

KATHMANDU, Jan 28: With the left alliance working to finalize power-sharing in the provincial governments, aspirants for the posts of the... Read More...

BIRATNAGAR, Dec 15: Three central level leaders of the CPN-UML which has emerged as the single largest party in the... Read More...

Many aspirants for chief minister in Province 4

POKHARA, Oct 8: Many in Province 4 had predicted that the main opposition CPN-UML would field its youth leader Rabindra Adhikari,... Read More...