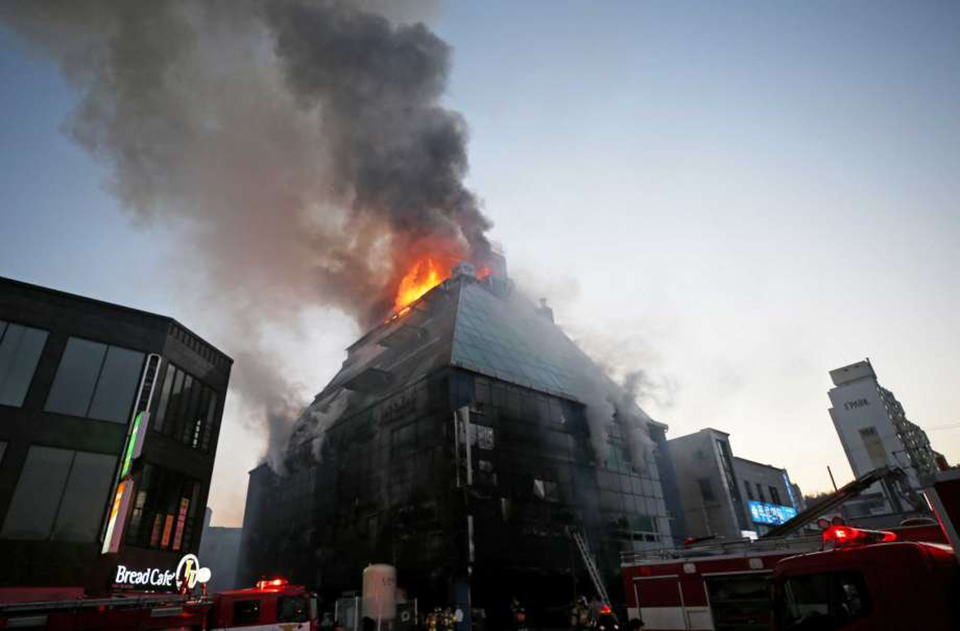 SEOUL, South Korea, Dec 21: A fire broke out Thursday at an eight-story building in the central South Korean city of Jecheon, killing 28 people and injuring 26 others, officials said.

A Jecheon fire department official said the toll could rise as rescuers continue to search the building after putting out the fire. He spoke on condition of anonymity, citing office rules.

He said many of the people who died had been using a public bath on the second and third floors, which made it harder for them to escape.

Organizers for the Pyeongchang Winter Olympics said the Olympic torch relay had been scheduled to pass through Jecheon on Friday, but the route has been revised as a result of the tragedy.

Local media showed firefighters battling the blaze with trucks and helicopters, and a man jumping from a window as firefighters held a mattress below.

It was unclear what caused the fire but it likely began at the building's parking lot, according to fire officials. The building had several restaurants and leisure facilities, including a gym, the public bath and an indoor golf practice facility, the officials said.

BARDIYA, July 9: A policeman was injured when he was getting engaged to control a massive fire that broke out... Read More...