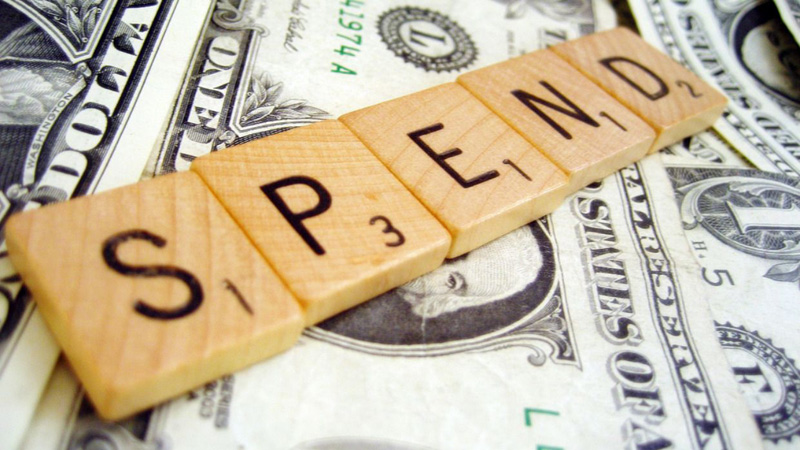 To really understand the impact of foreign aid in Nepal, you will have to look deep into the gory tables and files where government keeps its numbers.

The Red Book, produced by the Ministry of Finance annually, contains all the budgeted activities of the government for the fiscal year. A project, activity or expenditure is considered sanctioned and budgeted only if it appears in the Red Book.

The book is a gory piece of work. This year’s volume stretches to 683 pages (excluding cover pages) with densely packed tables. Every bureaucrat swears by it.

Tucked deep within the pages of the book are two tables: “Function-wise Gender Responsive Budget” and “Function-wise Pro-poor budget”. These tables stick out for being the only pieces of analysis within the entire volume. Both these tables are detailed, describing for every functional head, and by ministry, how much of the government’s planned expenditures for the year are gender-responsive and pro-poor.

The first thing you might ask is why, in one of the poorest countries in the world, only 56.1 percent of the budget is going to directly helping poverty reduction. Why is it not 100 percent? Shouldn’t all the budget automatically go to poverty reduction? What else is there to do in a poor country except reduce poverty?

Running on empty
To answer that question, you will start examining how the expenditures were determined to be pro-poor or gender-responsive in the first place. The underlying science is impressive. Though only a small fraction of the underlying science in presented in the book, the underlying method appears robust. But even after you have been fully awed by the dazzling science of the methodology, you will still be puzzling why 100 percent of the budget is not going directly to poverty reduction. It is only then that it will strike you: those statistics are empty.

Those two tables on pro-poor and gender responsive budgets are the perfect summary illustrations of the impact of foreign aid in Nepal, lost in a set of airy statistics that sound great, have a robust underlying methodology but are meaningless and fail to capture the aspirations of Nepalis.

Aid is failing Nepal. Not aid in itself, but the delivery mechanisms for aid is now one of the key constraints to development in Nepal. Delivery mechanisms on aid are not just blocking meaningful progress, they are having a deeper corrosive psychological effect: it is undermining the confidence of ordinary Nepalis in their society and promoting a culture of despair and gloom.

There is little doubt that Nepal needs foreign assistance. This fiscal, the government plans for approximately 29 percent (10 percent grants and 19 percent development loans) of its expenditures to be met from foreign aid totalling close to US $3 billion. This level of development assistance is not enough, though Nepal has struggled to absorb it. To achieve sustained development, Nepal needs more foreign aid and with greater certainty.
There is also little doubt that development partners have Nepal’s best interest at heart. Many of Nepal’s development partners have been critiqued for representing their own interests and agenda. While many have their own individual quirks, by and large, development partners genuinely want Nepal to succeed, prosper, grow and get stronger. To cast aside development assistance cynically as pure self-interest discounts the many contributions they have made over the decades and continue to make, at least within their own wisdom of what is right.

Taking stock
But it is also time for development partners to take stock. Aid isn’t working. Nepal is failing and the mechanisms through which aid is being delivered are accelerating that decline.

In the early nineties, donors began shifting towards sector-wide funding as Nepal was initially turning to multi-party democracy. Instead of each one funding its own individual project, they began pooling funds into a sector basket and supported the government plan for the sector. The goal of the sector-wide approach was to enhance the ability of the government to address the needs of these sectors in a holistic and coordinated manner.
Nepal Development Forum, an event where government discusses its plans, resource requirements and solicits development assistance for its plan is an illustration of the sector wide approach to development assistance in Nepal.

Such sector-wide development approaches were a great idea for the early nineties when multi-party democracy was just coming into being and government systems needed to be rebuilt. Times have since changed.

The continued flow of development assistance through government programs has created a singular monopoly of government. There is no other player—government is the only game in town. The result is what we see today—extremely high levels of political interference across all elements of governance, corruption, and a complete crowding out of the non-governmental sector.

Development assistance through government channels would have been effective if donors were also able to create high levels of public finance management, robust corruption-proof fiduciary processes and strong monitoring. Instead donors reinforced the corruption and political patronage as it gave the programs they supported credibility and legitimacy even though the programs were all corroded on the inside. Nepal’s experience makes it clear that donors may be good at disbursing money but they are hopeless at running governments (or government programs).

The continued use of development assistance through government channel has co-opted change makers and sedated the positive leadership they could offer. In the era where government is the only game in town, most domestic non-governmental agencies have become extension of politicians and political parties.

Can do better
Civil society leadership has lost its core base of moral and fiscal support.
The cohort of development sector professionals—particularly white-collar professionals—has been converted from experts, thinkers and change makers to brokers between donors and government valued more for their relationships than their ability to offer expertise, manage programs or inspire change.

The continued use of government for aid delivery is crowding out private sector, particularly the small but growing group of social enterprises working across Nepal. Innovation is quickly snubbed out by a donor-led government program that is eager to pilot it. There is no room to experiment—if you have a cool idea, a donor and government official will quickly rush in, set up a project office to do exactly what you wanted and that will be the end of that.

The availability of aid doesn’t infuse hope anymore. It has become a source of despair.
It is a disgrace that the generosity of hardworking people around the world is being thrown away with nothing to show except two meaningless tables in the Red Book. Surely, we can all do better.