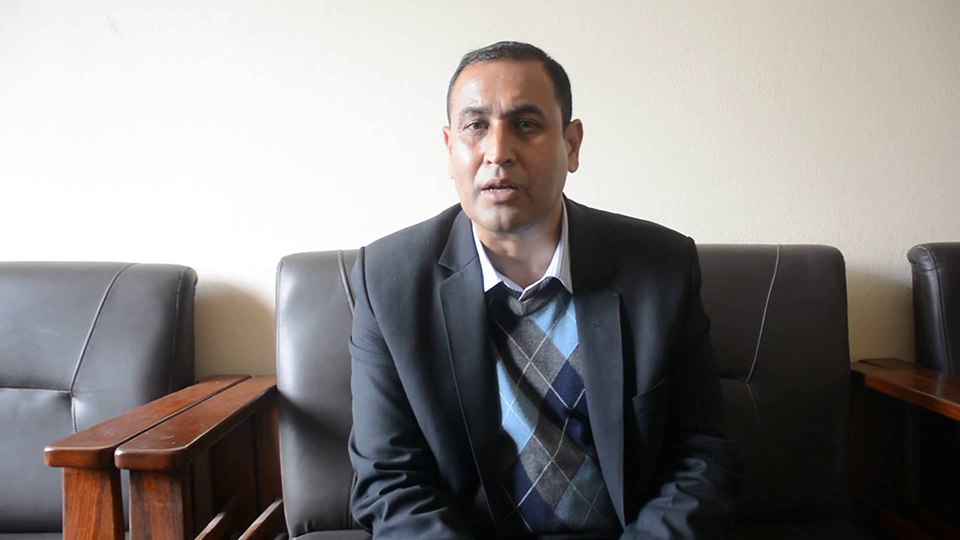 KATHMANDU, Sept 9: A ruling party lawmaker has come down heavily on Supply Minister Shiva Kumar Mandal for overlooking the corruption scandal within an entity under his ministry.

Speaking during special hour at parliament on Friday, Ramhari Khadiwada of the Nepali Congress  accused the minister of embarking on market inspections in a car provided by  Nepal Oil Corporation (NOC) chief Gopal Khadka, who has been accused of massive corruption.

“Ministers have been involving themselves in publicity stunts such as cutting cables and wires left dangling haphazardly and monitoring the market in person. But their tendency of keeping mum about  corruption within their ministries is condemnable,” said Khatiwada.

Khatiwada further flayed  the minister for not saying anything about the  land purchase scam at NOC. He also criticized the minister for using a vehicle provided by the NOC chief while embarking on market monitoring.

Khatiwada’s utterances come against the background of the  supply minister’s silence over the corruption scandal in the purchase of land for building NOC fuel storage stations in  four districts. The  ministry has remained silent even after parliament’s Public Accounts Committee  directed it to take action against those involved in the scam.

Khatiwada did not spare  the home minister either, for unnecessarily transferring civil servants ahead of key elections, in breach of provisions in the civil service regulations.

He claimed that chief district officers have been transferred again even before they could assume their  new postings. “Any civil servant has the right to stay for 233 days in a posting where he or she has been newly transferred, but ministers are found to be recalling the CDOs even before they reach their  new postings,  forcing the secretary to sign back-dated  transfer decisions from the airport,” he claimed.

According to the NC leader, 31 CDOs have been transferred within two months. He also accused the home ministry leadership of  terrorising  civil servants by transferring them in breach of the regulations and undermining the police organization by setting up a parallel office of the minister’s advisor at police headquarters for effecting transfers, promotions and deployments.

“The home ministry has been acting like a racket through a parallel office manned by a retired  AIG at Nepal Police headquarters. This is objectionable,” Khatiwada fumed. “It is  learnt that a group of aides of the home minister is leading the ministry, not the minister himself.”

He also expressed concern about the Home Ministry’s plans to entrust the Nepal Police with the immigration department.

Khatiwada questioned the failure of the police to detain the operators of  the gold smuggling racket,   detaining only the  drivers and porters. He said this has become a trend in the administration. He demanded that the government  inform parliament after arresting the owner of the 88 kg of gold  smuggled from China.

In response, Home Minister Janardan Sharma refuted Khatiwada’s statement. Addressing the House later the same day, he claimed that no parallel police headquarters was established   and  police had been mobilized with a special plan for busting the smuggling racket.

KATHMANDU, August 30: Lawmakers have claimed that they have found the involvement of former supplies minister Deepak Bohara and Nepal Oil... Read More...